Newcastle’s art space Unit 44, based at Hoults Yard, has been running a ‘white walls’ project over the last 12 months, inviting graffiti artists to create a piece of artwork on different spaces in Hoults Yard, which is surrounded by industrial warehouses and units.

Musician and graffiti artist Kid Acne kicked off the white walls series in June last year, with this massive ‘Dust In the Giant’s Eye’ mural. 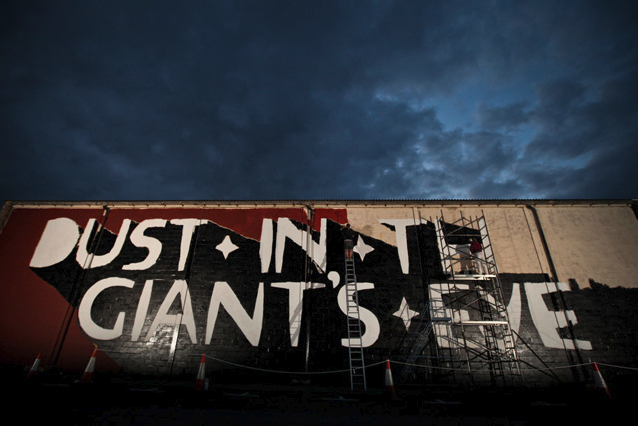 “Serial doodler” Jon Burgerman was next up, painting a series of giant colourful characters back in December. 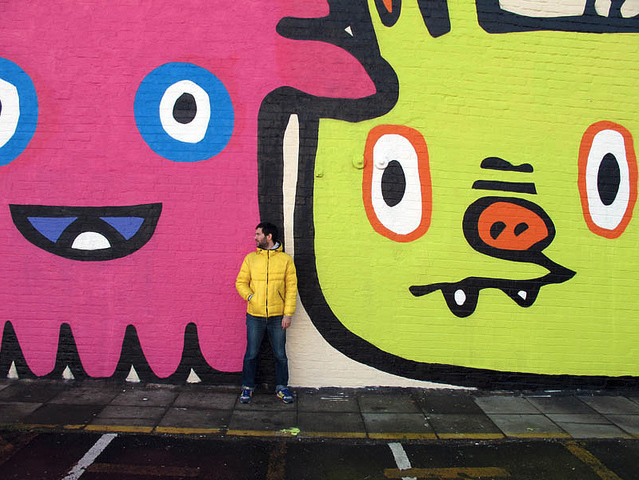 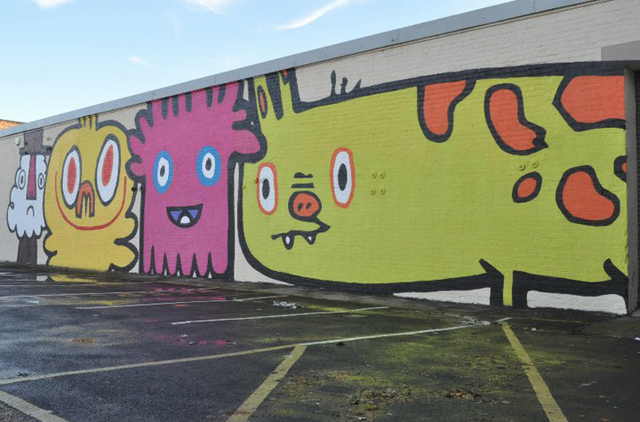 The first white wall project of 2011 was an impressive effort by Belgian street artist ROA, who created a detailed illustration called Three Horses. 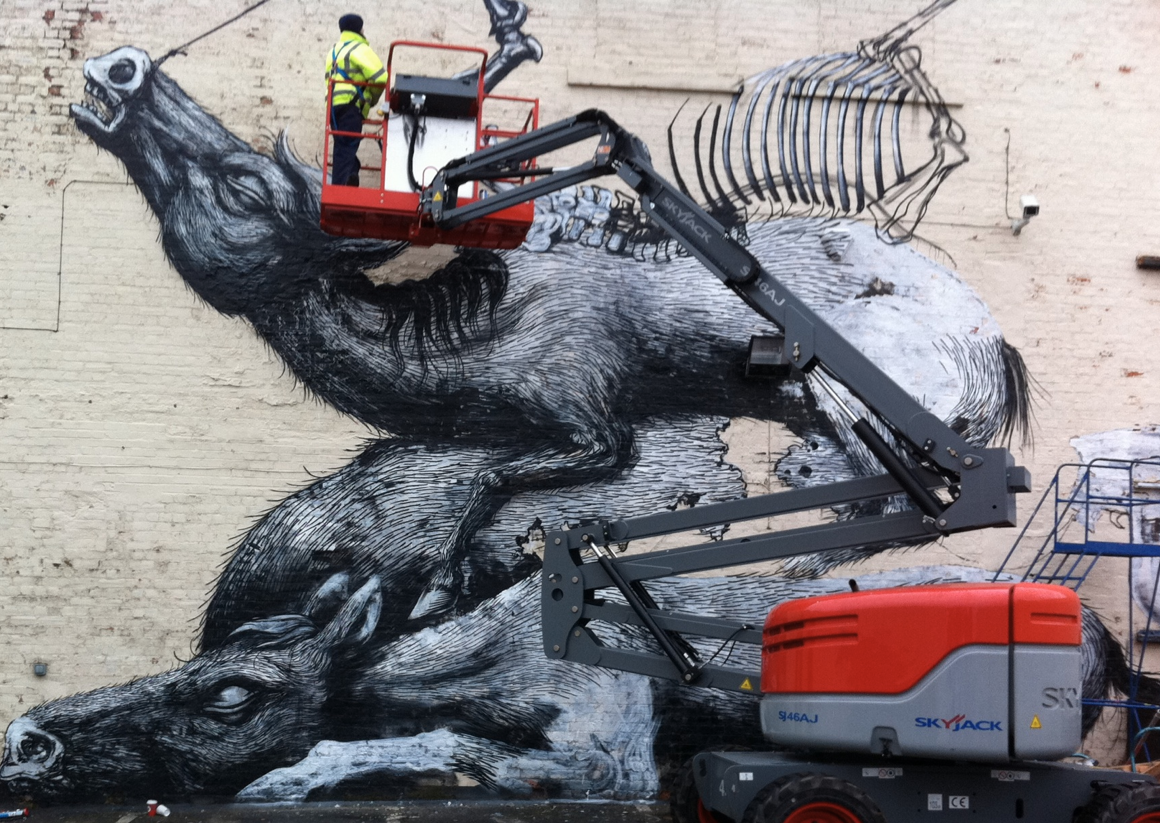 The latest instalment in the series is by London graffer SheOne, who has created a striking image called Black Lightning on a gable end property. It took two days for him to complete, with production company J6 Films (also based at Hoults Yard) on hand to capture the process. It set up a time-lapse camera and filmed the artist at work.