Features & Opinion20.04.20
What would have happened in Vegas

In more normal times, attendees would now be tramping their way through the maze of the Las Vegas convention Centre as they took in all that was new and on its way in TV and movie technology.

Of course, this year the annual NAB TV tech show, like so many other events, has fallen victim to the COVID 19 pandemic and been cancelled.

But before what happened happened, and when a NAB cancellation was no more than an outside possibility, Televisual asked Adrian Pennington to ask the manufacturers planning their Las Vegas visits about the tech that would be in the spotlight.

And although NAB is cancelled, the trends that will define television technology for the year ahead are certainly not.

Broader cloud adoption across larger areas of workflow, increased video publication to social and digital channels and the growing use of automation stemming from AI and machine learning to accelerate workflows are the major TV tech trends right now.

“The continued move to IP will also be one to watch, particularly for linear and occasional use scenarios regarding contribution and distribution,” says Ray Thompson, director of broadcast and media solutions marketing, Avid. “It’s getting to the tipping point as technology improves, adoption increases and comfort levels ease around the security of content in flight. With IP, content distribution can be achieved at scale to more properties in different bit rates and protocols. This trend will benefit workflows across the board, from news, sports, live production, and post production.”

IP also enables workflows which, in the past, were not economically feasible, by making use of the cloud and remote live workflows over any distance. The benefits which include greater collaboration, less expensive production costs and enhanced work/life balance now include heightened awareness of public health.

Use of virtual meeting and online collaboration tools like Zoom have surged in demand as a result of COVID-19. Blackbird, Cinegy and Grass Valley are among vendors promoting remote production solutions.

Swansea-based Quicklink is to launch a cloud-supported version of its Skype video calling solution. “A journalist could sit at home and interview someone located elsewhere live to air while a colleague edits the video online (in Adobe Premiere) and in realtime,” says CEO Richard Rees. “That edit could be passed to a control room for wider channel distribution. The whole environment is now virtualised. We believe this is the future.” 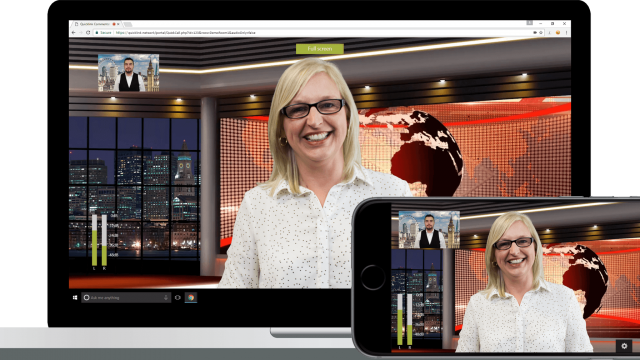 AJA was the first high profile name to withdraw from NAB citing coronavirus risks. Instead it will transition all of its planned NAB events, including its annual NAB press conference, to web-based video conferences.

While several productions have already embraced higher resolutions and HDR throughout the content creation and delivery chain, consumers are still slowly adopting 4K or 8K displays, and HDR-capable devices.

“Given this landscape, productions need the flexibility to work with and combine content spanning a range of resolutions as well as both HDR and SDR,” says AJA Director of Product Marketing Bryce Button. “NAB will offer a platform for companies to unveil tools that answer the combined demand from HD SDR to 8K/UltraHD2 HDR, and everything in between.”

“Maturation of HDR is now firmly on the agenda whereas before it was a bit peripheral,” observes Atomos CMO Dan Chung.

Atomos’ Neon range of on-set and in-studio monitor-recorders are part of this picture. The appliances can be synced together to provide a system of field monitors for consistency of image all controlled by the Atomos App.

“Our proposition has never been for the top end $30k reference grade monitor but for indie productions who need quality monitoring without breaking the budget,” says Chung. 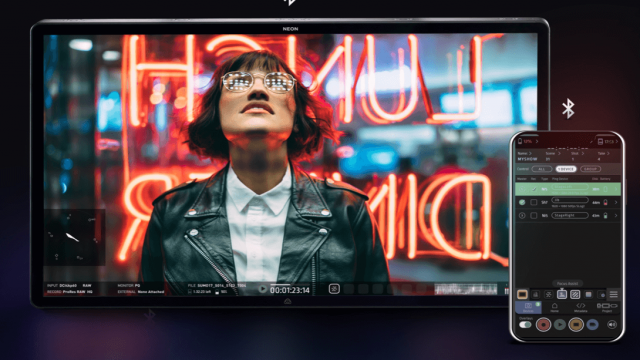 The availability of hardware to capture, edit and store 8K makes the high-resolution format “unavoidable” at NAB, says Chung.  “If you go 8K you need ProRes RAW since this allows you to get a manageable file size and all the benefits of working with raw data,” says Chung. “NAB will show that all the necessary parts of the 8K puzzle are in place.”

Canon’s announcement, in February, of an 8K DSLR was a game-changer in that respect. “Not so long ago if you wanted to shoot 8K anywhere near affordably you had to shoot Red,” Chung remarks. “Now you can do so on a prosumer camera. Canon has clearly laid down a marker that others are sure to follow.”

Panasonic will be previewing its 8K ROI (Region of Interest) multi camera system that is able to produce four different HD signals or ‘virtual cameras’ from a single 8K feed. It is intended to reduce operating costs on production of sports broadcasting and studio applications and is to due to debut this summer. 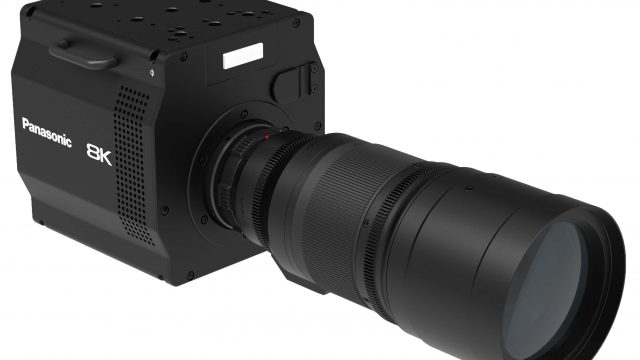 While 8K is still exotic, there is a trend toward shooting beyond 4K for high end documentary and cine work. 6K resolutions provide the ability to pan and zoom into the image and, after the picture has been through a debayer process, you end up with a higher quality 4K final image.

The next product from RED Digital Cinema is rumoured to be branded Komodo and to feature a 6K S35 sensor recording to CFAST cards perhaps targeting the Canon C300, Sony FS7 and BMDPCC market. 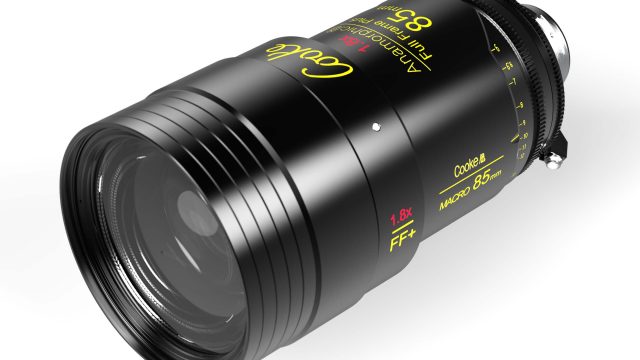 Having presented its newest Anamorphic/i Full Frame 85mm Macro at BSC in January, Cooke Optics is lining up a new set of Macros designed by the same team to be slightly wider than full frame.

The company recently discovered what it thought were inaccuracies in its metadata tracking system, particularly paired with shading and distortion mapping techniques. After investigation, turned out it wasn’t the /i3 system but the cameras which were out of sync.

“None of the cameras were time accurate which was astonishing,” Cooke’s Les Zellan says. “They were spending a lot of processing power on the picture side but recording lens data was an afterthought.”

Zellan has since persuaded camera makers to fix this in new models. It is also working with a partner to prove “extremely detailed distribution mapping down to the pixel level” for all its anamorphic as well as spherical ranges.

Its technology used to most advanced effect on The Mandalorian but similar set-ups are working their way into production of lower budget episodic shows and live sports studio presentations. 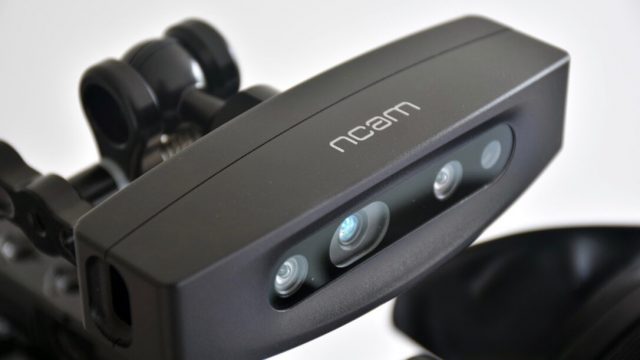 An essential element of these systems is the tracking of camera moves synchronized with changing perspectives of the LED content, which is where Ncam’s technology comes into play.

“Everyone is trying to understand how to shoot with LED walls,” he says. “You need camera tracking so that the LED reacts in the right way to the angle of view of the camera.”

MKII, the latest version of its camera tracking product, is officially launched in Vegas. The camera bar features Intel RealSense technology and captures spatial data that then feeds back to the Ncam Reality server.

“We’ve made the software a lot simpler for operators, the hardware is significantly smaller and lighter for handheld and stabilized rigs and it’s easier to mount and it doesn’t get in the way when trying to balance a camera. Ultimately, we will be doing all processing on the camera which enables us to go wireless.”

For remote live workflows, IP was to be pretty universal at NAB.  In this regard, Panasonic was planning on presenting its software-based IP switcher. This relies on CPU and GPU processing allowing users “to achieve performance levels currently impossible with traditional hardware-based products,” says field marketing specialist Oliver Newland.

The product is both resolution and format-independent, and can be integrated into a full IP-based environment. Newland expects it to become commonplace within live production environments very soon.

The firm was also planning to demonstrate a solution for VR and AR studio work with Brainstorm. PTZF (pan, tilt, zoom and focus) tracking data is enabled from Panasonic camera into Brainstorm’s virtual set system. The real-time graphics of will be boosted by the ability to automatically track the movements of live performers using Blacktrax beacons.

EVS is soon promising a major announcement about an “exciting new live replay experience”. Also promoted by the Belgium live production specialists is production server XT-VIA which supports work in UHD-4K, upscaling of HD to 4K and HDR in all resolutions. 26 XT-VIA servers running on XNet-VIA and interconnected through three XHub-VIA switches were deployed at this year’s Super Bowl. EVS also planned to show off Overcam, the AI-based system which uses smart tracking to automate key camera positions allowing for more coverage at lower operational cost.

While numerous bonded cellular links vendors from Dejero to LiveU have upgraded their camera-back or backpack mobile transmitters to take advantage of 5G, Sony has devised a left of field option in the guise of a smartphone.

The proposed Xperia PRO is still in development and has all the trimmings of a flagship Android device including the 5G-ready Qualcomm Snapdragon 865 chipset and a 6.5-inch 21:9 4K HDR OLED display. What sets it apart will be the ability to livestream images over mmWave 5G connections from professional camcorders such as Sony’s PXW-Z450 via a micro HDMI port.

“It’s a game-changer for working on location,” says Sony. “5G mmWave is a new era for business broadcasting… capable of remarkably low latency—essential if you’re broadcasting live content such as sports or news.”