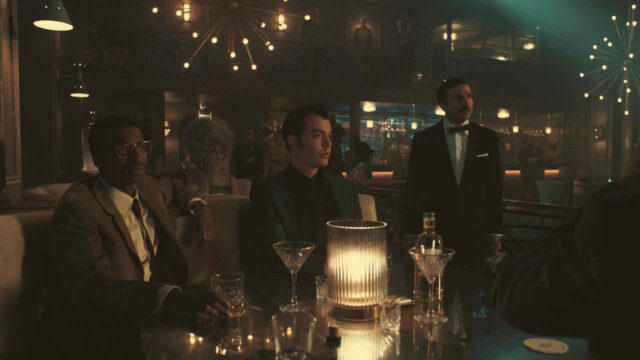 Set a year after the explosive events of the first season, England is in the face of a civil war with Lord Harwood’s Raven Union threatening to control the entire country. Resistance holdouts remain in the West End Neutral Zone, where Alfred Pennyworth (Jack Bannon) uses his training with the SAS to fight for justice.  The story takes place decades before Alfred serves as Bruce Wayne’s loyal butler. 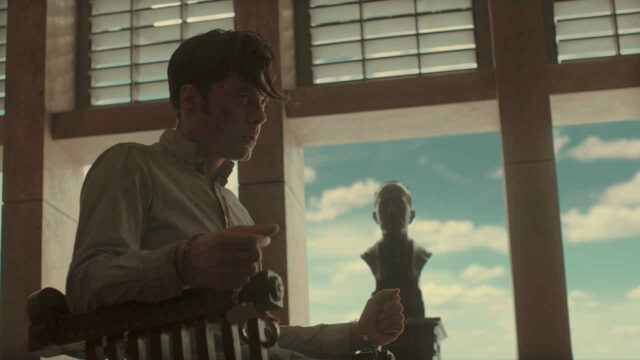 Created by ‘Gotham’ writers Bruno Heller and Danny Cannon, and directed by Rob Bailey, Danny Cannon, Jon East and Catherine Morshead, the first episode of Pennyworth S2 was released in the UK on February 28th 2021, with weekly releases thereafter.

Here’s what Rumble VFX did

Max Wright, Rumble VFX Supervisor, led the team on this project, working with overall VFX Supervisor, Rob Delicata on episodes 7, 9 and 10.  Due to the fast turn around, the main challenge for Rumble was getting all the shots out in a relatively short period of time. Shoot attendance and main turnover were just before Christmas 2020 with VFX starting the first week of January, and Rumble VFX delivered their final shots in March 2021.

“They did a brilliant nightclub scene that Max supervised, it went really smoothly and as a result we awarded them two more sequences in the final episodes.  We were looking for a specific mix of UK VFX talent and vendors, Rumble VFX fitted the bill. Their talent and commitment to their work is unsurpassed, nothing is too much trouble, they are a joy to work with and their results  spectacular.  I’m looking forward to working with them again on my next project.

This substantial sequence for episode 7, directed by Catherine Morshead, was meant to be shot inside a nightclub, however, “due to the pandemic and social distancing, it did not look as busy as it should have,” revealed VFX Supervisor Max Wright. “Rumble was tasked with adding additional background figures across the sequence, adding people in booths, to the bar and across the upstairs balcony.”

Multiple background actors were shot against a green screen and later composited back into the final shots. Max Wright was required on-set to supervise the greenscreen extras shoot. “As there were over 40 shots in the sequence, we came up with a detailed list of camera angles, heights, and any specific actions that needed capturing to match the BG plates,” Wright explained.