VFX Breakdown10.02.21
Watch: Bridgerton vfx reel from One Of Us

Here’s a BTS reel for One of Us’ work on the vfx for Netflix’s Bridgerton, set amid the beau monde of Regency London.

One of the key challenges faced by VFX supervisor Victor Tomi and his team, was the accurate portrayal of the streets and buildings of Georgian London. 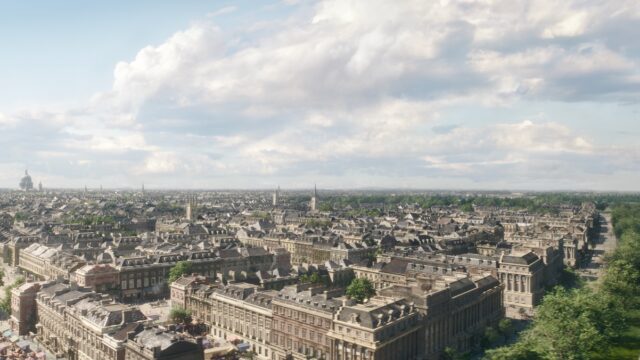 The two finest houses on Grosvenor Square are home to the two principal families. Filmed at separate locations many miles apart, the goal was to bring the two buildings to face each other across the square. The two family houses were modeled based on lidar scans of the originals, and then enhanced with embellishments and vegetation, adding to their grandeur.

Models of the other houses of the square were based on extensive research in consultation with the Art Department. An ornamental garden, also fully CG, is the centrepiece of this exclusive neighbourhood. This digital environment provides many of the establishing shots which lead us into the competing households. 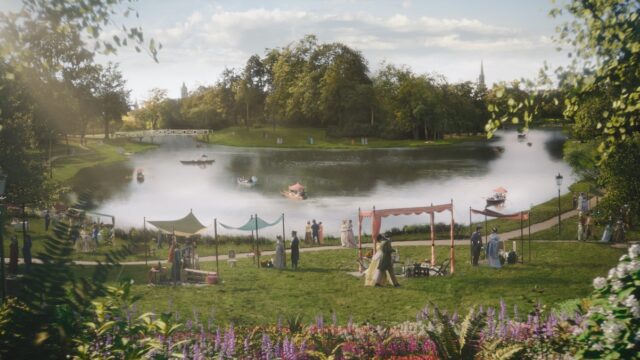 The show has an audaciously vivid palette, and is lit throughout by the warmth of sunshine or candles. Having spent seven months on set, Victor had a strong sense of the aesthetic that the creators were after. In collaboration with his team, he went all out to create visual effects that extended and enriched this Regency fantasy world, and were in harmony with the visual tone of the show.

The bumble bee is the bête noire of the Bridgerton family, as fans of Quinn’s books will know. One Of Us’ animated bee leads us in and out of various key moments, and even appears in the very last shot of the series, perhaps signalling a future storyline. 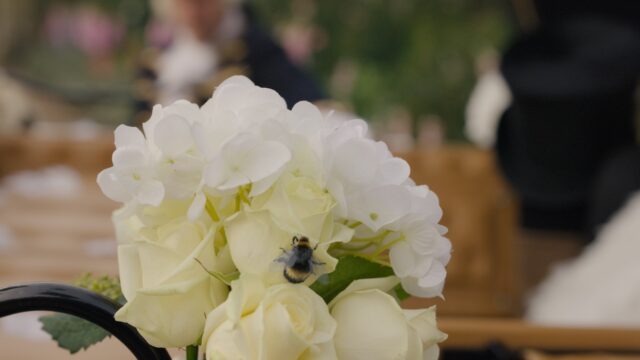 Working under covid was definitely one of the biggest challenges faced by both One of Us and the Shondaland post production team, who moved to remote working during the turnover period. The early stages of shot work took place as the team were learning a whole new modus operandi. But Victor, VFX producer Ali Griffiths, and Shondaland’s Scott Collins, Holden Chang and Becca Wolfe worked hard to ensure strong communication, and to keep the both teams as close knit as possible despite their geographical separation.