It’s 30 years since Tracey Ullman last made a show for the BBC before becoming one of the few British stars to crack the US market in the 1980s.

Last seen on the BBC in Three of a Kind and A Kick up the Eighties, the comedian and one-time pop star started work on the Tracey Ullman’s Show for BBC1 since February.

Featuring impressions of Dames Judy Dench and Maggie Smith, as well as Camilla Parker Bowles, former Sun editor Rebekah Brooks and German Chancellor Angela Merkel, the show stems from an invitation last year to meet with BBC1 controller Charlotte Moore and head of comedy production Myfanwy Moore.“We hit it off,” says Ullman, who was struck by the number of women at the top of the corporation. “When I was there years and years ago, it was five men in bowties who talked about the war and The Goons…it was so male dominated.” 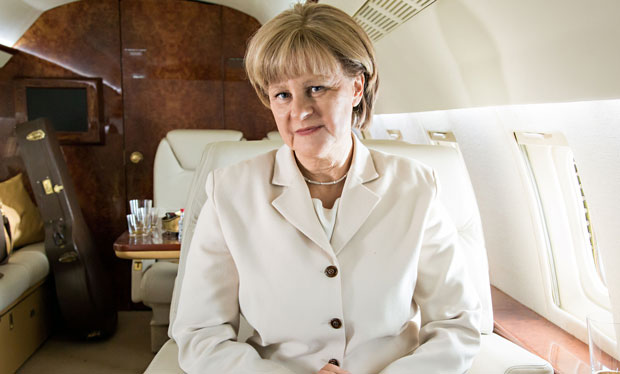 Out of the meeting sprung the idea of making a multi-camera show, in which Ullman looks at how Britain has become a multi-cultural melting pot. She portrays diverse characters living in, or visiting, the busy global hub that is the UK. Aimed primarily at a UK audience, Ullman clearly hopes the show has international legs too; it is being sold globally by DRG.

Ullman, who has dual UK-US nationality, is quick to dismiss perceptions that she is out of touch with the UK because of her long stint in the US. “People think I haven’t been in Britain for years, but I have – I just haven’t worked here.” Her daughter lives and works in the UK, and her husband Allan McKeown – who died in December 2013 – produced many TV and stage shows through his indie Allan McKeown Presents.

“Emotionally it was great to get out after having worked with my husband for 30 years,” says Ullman, adding that the show is a co-production with the BBC and Allan McKeown Presents. “So he is still presenting me…”

Ullman teamed up with a group of writers to script the show, many of whom had worked on Veep with Armando Iannucci, including Georgia Pritchett, Andy Riley and Kevin Cecil, while The League of Gentleman’s Jeremy Dyson supervised the scripts. Dominic Brigstocke (I’m Alan Partridge, Green Wing) directs, while Caroline Norris (Raised by Wolves) produces. “It’s a quality group of people,” says Ullman.

The show was shot entirely on location, unable to secure studio space as the UK production sector is so busy with drama, film and TV shoots. “There was nothing available”, says Ullman. “But you can just be completely mobile now, and set up a video village anywhere.”

Ullman says the TV landscape has changed hugely since she last worked here. Moving to America in the 1980s, she was struck by the number of strong female comediennes on television, such as Lucille Ball, Carol Burnett and Lily Tomlin. “I came from a country where we just had Benny Hill girls…you had to run around in a bikini in the early 1980s in England.” Ullman, Pamela Stephenson and French and Saunders were among the stars who helped shake it all up. “Thank God, it has changed so much,” she says.

Ullman is also quick to stand up for the BBC, endorsing Iannucci’s defence of the corporation in his MacTaggart lecture. “The BBC is under terrible threat. There are still lots of people at the BBC who don’t make a fortune, but want to make the best programming and aren’t affected by sponsors. If we lose it, it will be terrible.”