Ever since the early days of 007, the on screen graphics have been an integral part of the Bond movies.  Key locations such as Q’s lab and the villain’s lair are lavishly equipped with monitors, screens, computers and phones – all filled with eye-catching high tech screen graphics.

For Spectre, the job of designing these complex graphics fell to Rushes MGFX Studio, led by Barry Corcoran, and John Hill of Vincent who joined the team as creative supervisor.

They worked closely with the Bond production team, including director Sam Mendes and DoP Hoyte van Hoytema, who wanted to capture all of the screen graphics in-camera. It meant all of the screens had to be populated with the graphics on set, rather than being added later in post production.

This would allow the actors to interact with the screens. “If you capture these things in camera, they look much better – with the light spill coming off onto their fingers and faces,” says Corcoran. 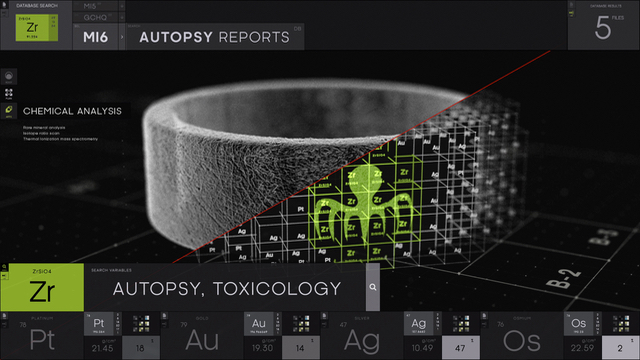 But it meant the design work had to start well in advance of initial shooting so it was ready for the start of the shoot.

The brief was to ground the graphics so they appeared realistic and believable, but had a ‘near future’ look which would still look fresh in years to come. For the MI6 technology, Rushes devised a proxy operating system, with an app-based, slightly military feel. “We wanted it to look and feel like an existing product that would be available in a few years time,” says Corcoran. Banks of monitors showed off this work in Q’s lab.

An even greater number of screens were used in villain Oberhauser’s lair, to display complex analytical data infographics and specially adapted news footage. 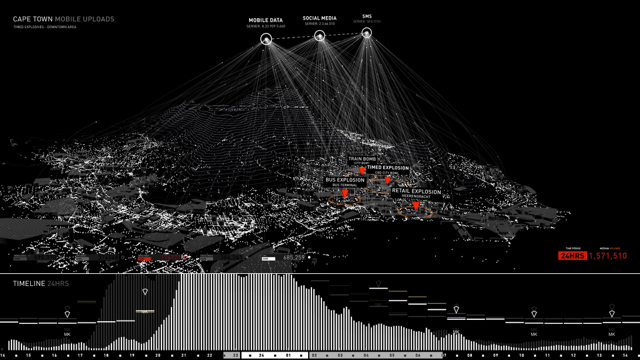 To lend a realistic feel to the graphics, the work was based on extensive research into areas such as nanorobotics and the latest military and medical thinking. 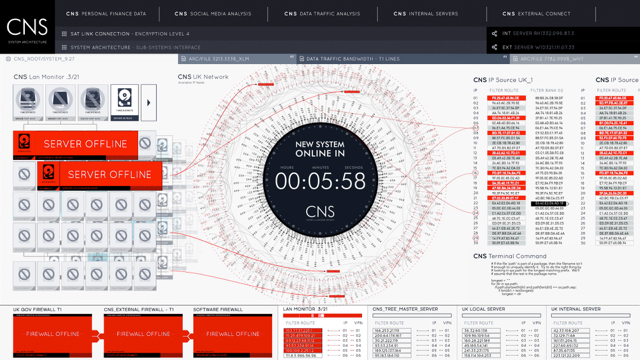 The graphics were often called on to showcase Bond’s gadgets. Here the Rushes team was briefed to not just show the graphics – but to help drive the narrative by explaining how they worked. The brief, says Corcoran, was, ‘Don’t show me a picture of a rocket launcher, I want to know the inner workings of it, and how it is going to rotate and where the switch is that Bond is going to flick.”

In all, a core team of four, which scaled up to nine when required, spent 13 months working on the motion graphics for Bond. 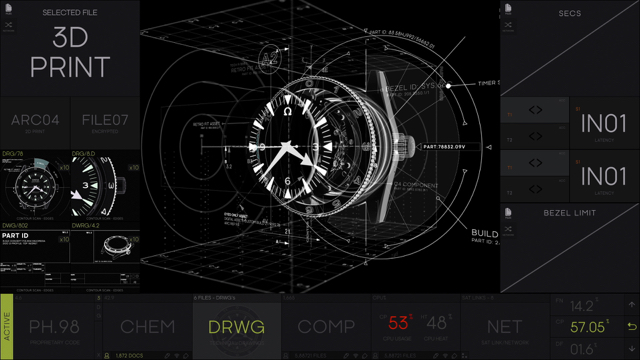 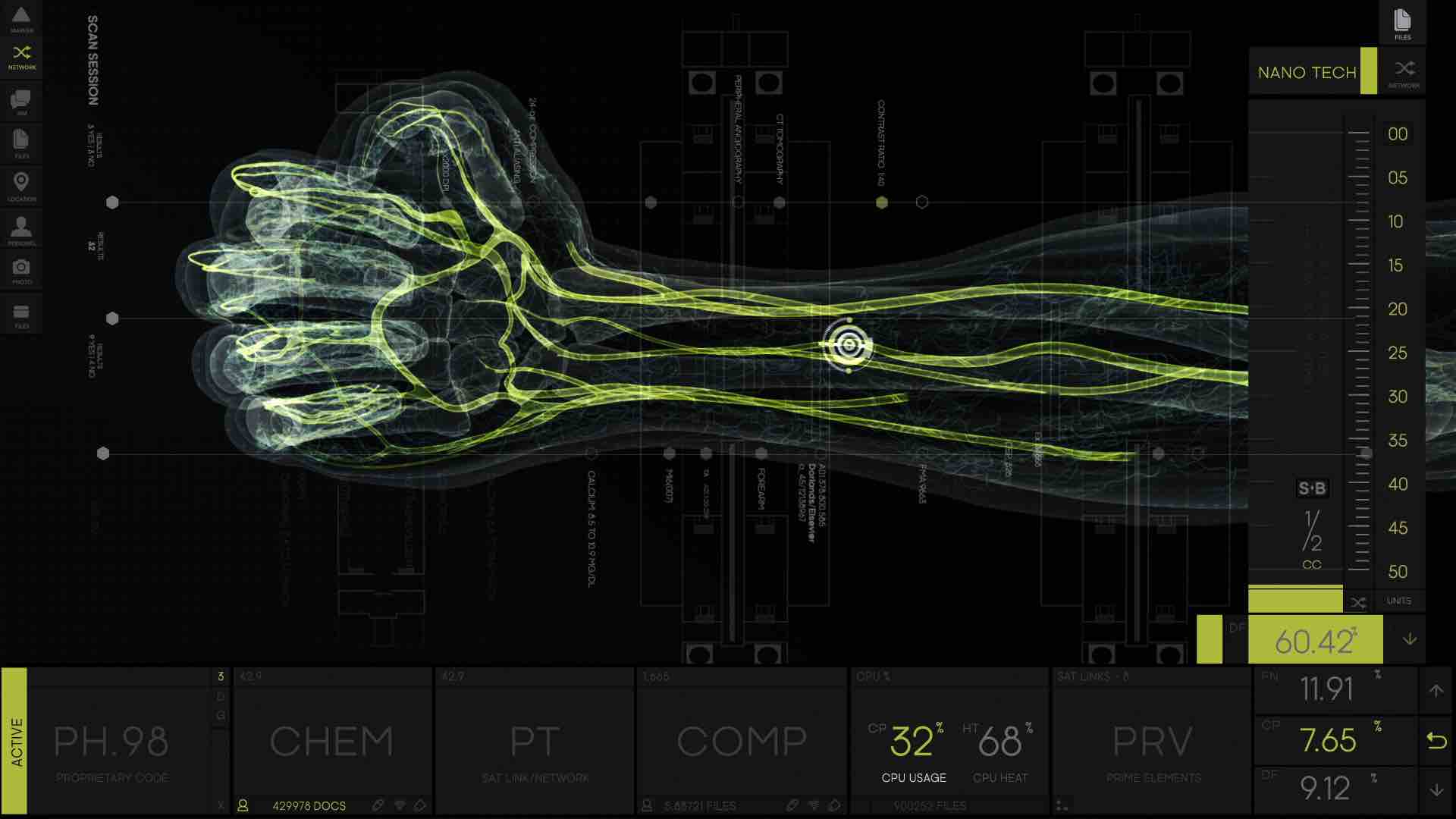 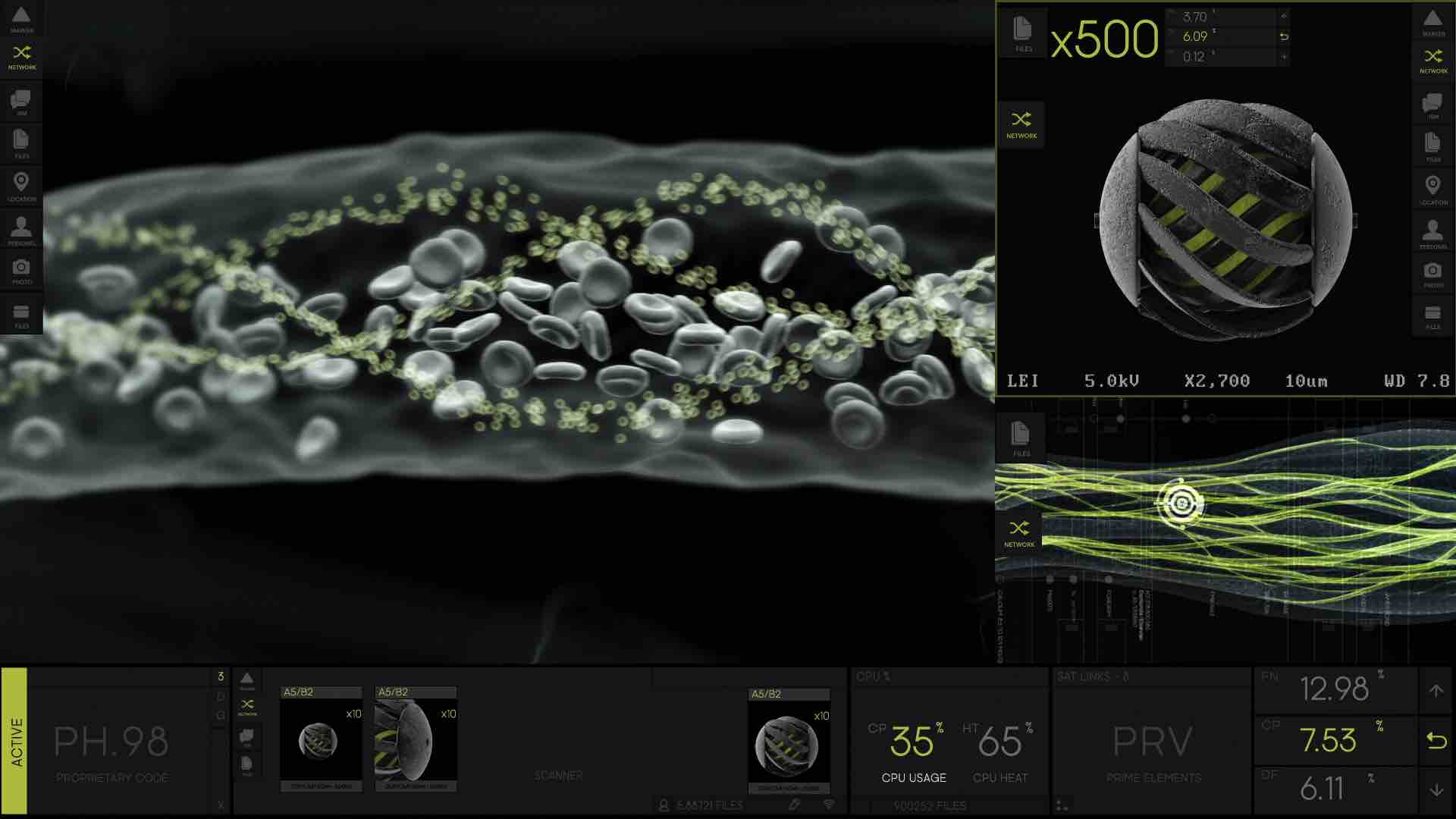 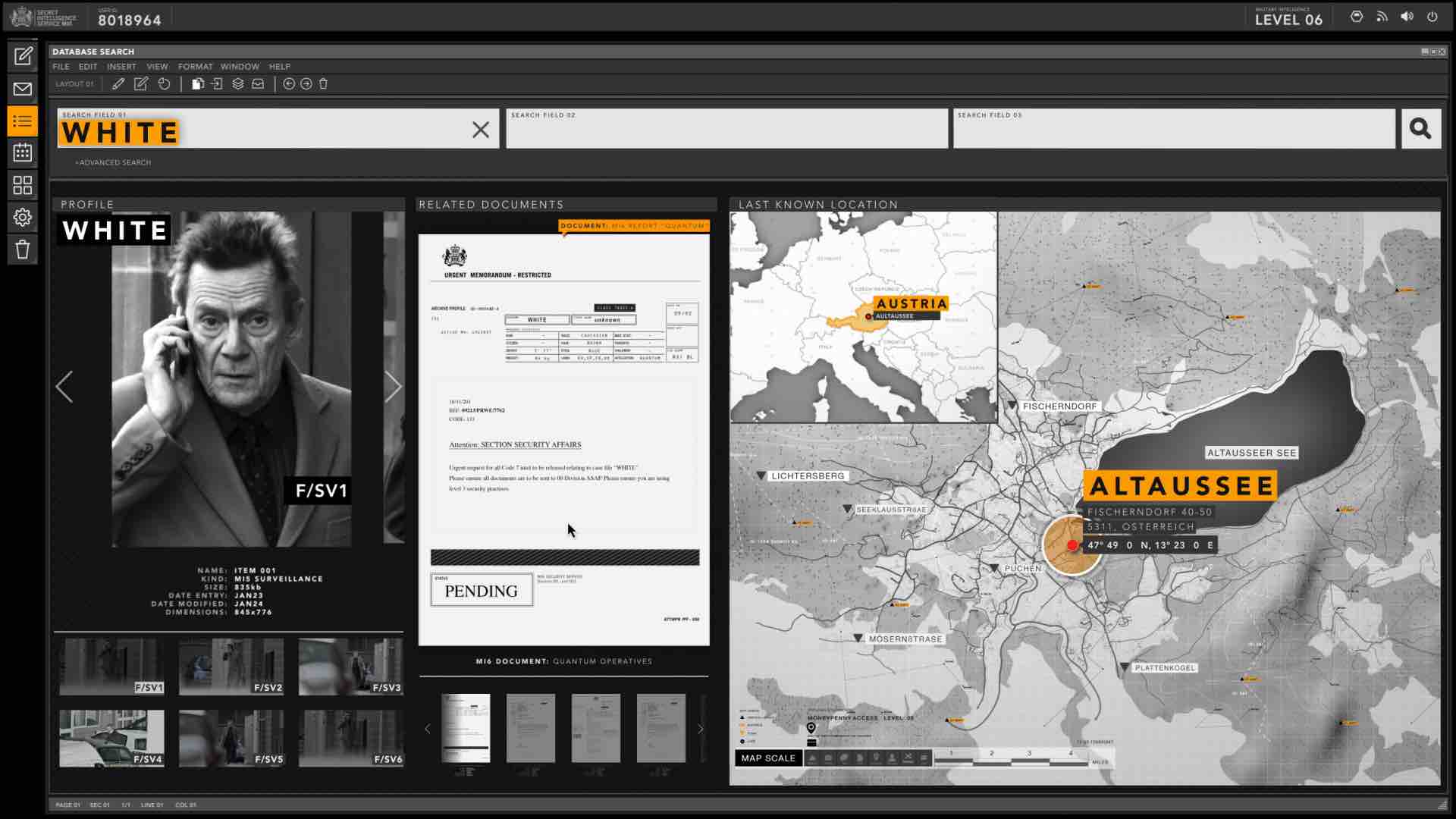 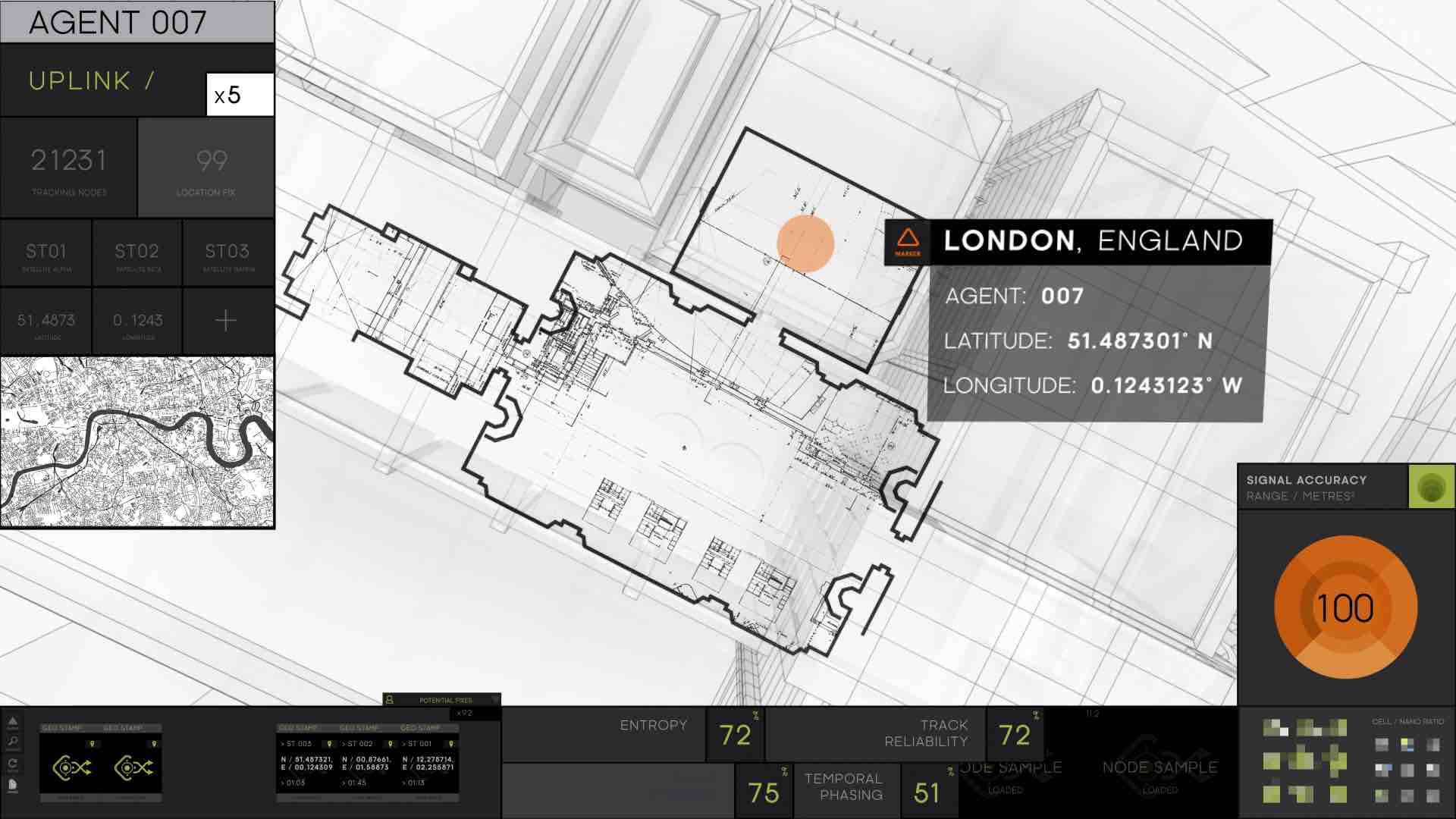 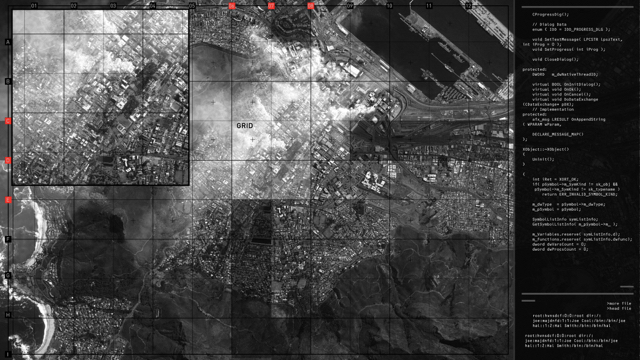