Jack Whitehall’s Bad Education, the BBC3 sitcom about incompetent teacher Alfie Whickers and  his badly behaved pupils, came to an end on the small screen last year. But this month, the show gets its movie debut. Producer Ben Cavey and director Elliot Hegarty explain how they took it to the big svreen.

How do you transform a TV series into a movie?
EH The greatest fear for a TV show going to the big screen is that it doesn’t feel like a movie but just an extended episode. Our conversations were about expanding this world so it doesn’t feel like we’d forced a small story on to the big screen.
BC There have got to be clear reasons that this is a movie and is offering something that TV doesn’t. There’s a lot of content you wouldn’t be able to do on the BBC – outrageous moments we would have struggled to get past. There’s an edginess to it. And there’s obviously a scale to it that comes from the budget and a bigger narrative than we could do in thirty minutes.

What about in terms of production values?
EH The reality of the shoot is you’ve got the same restrictions on money. You’ve only got a few crane shots so it’s about choosing when they’re going to be most useful. One of the main differences in a movie is you expect to see more extras, it’s a subconscious thing. We had to make sure we had enough people in the streets and beaches and schools. Aside from that it was serve the script as well as possible and have confidence in the script being a more cinematic story. 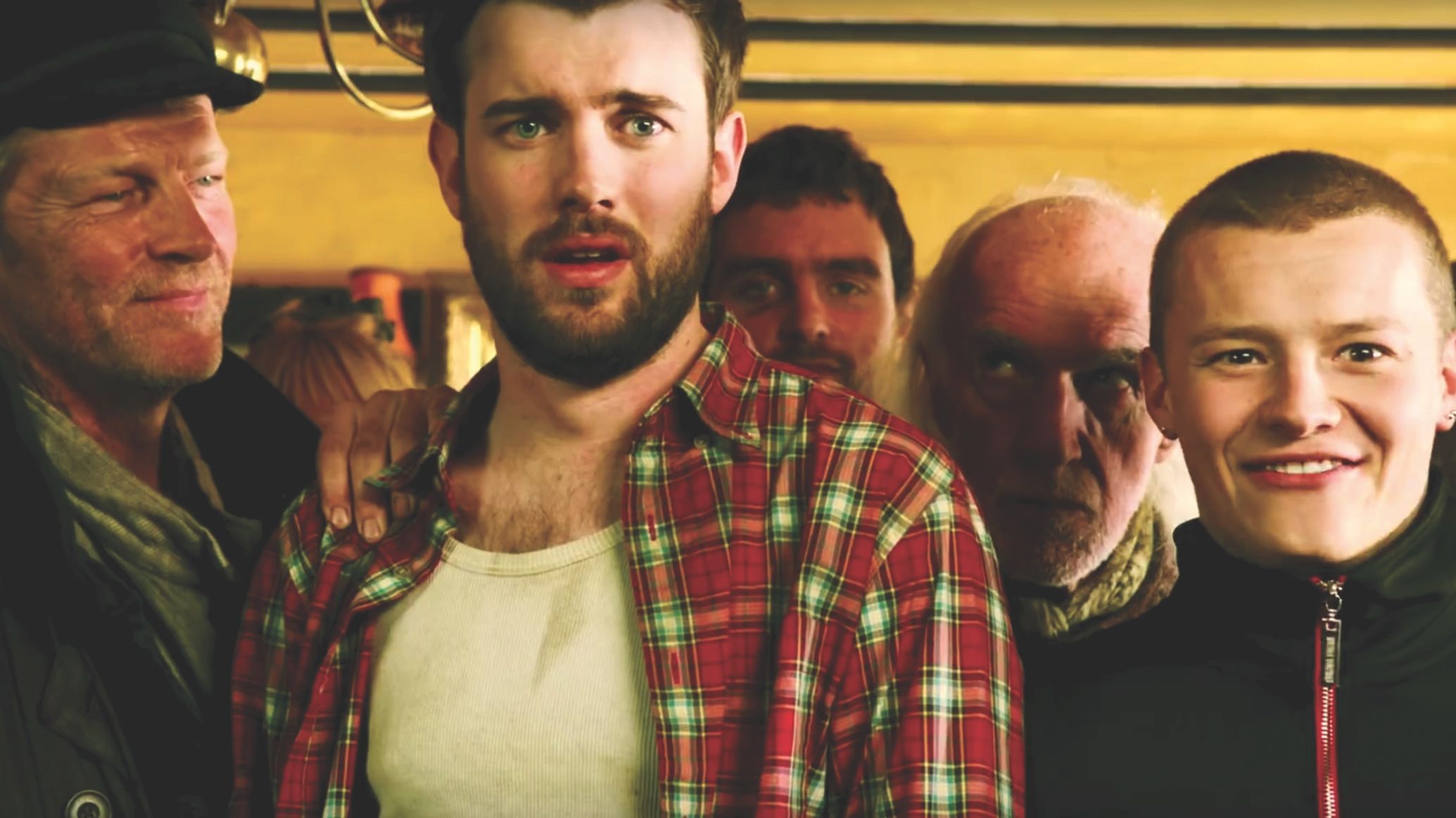 Do you have to be careful not to lose what was good about the TV show?
EH Yes, so the story does start in the school and in terms of the shooting style we wanted to slowly develop what people loved about the show into a movie. I wanted to shoot it in a way where it starts very much like the TV show – very handheld, very chaotic with lots of frenetic movement and then as the story develops it becomes more of an action piece. We calmed the camera down and the lenses got longer, the camera height got lower. It was equally dynamic but more track and dolly. We had to lure people in to Bad Education the movie rather than Bad Education the TV show.

Was post production very different?
EH The post process was the main difference. Our aspirations with certain effects and music meant we had to upscale the post and we were fortunate to work with people like Double Negative and Goldcrest. We needed crazy effects that had to match up to our Hollywood counterparts. It’s not good enough for it to be done by some bloke on a computer in Enfield, it has to be done to a certain spec otherwise people will be upset they paid 15 quid. We went into Goldcrest and graded with Rob Pizzey. That felt like a film to me, grading it in this wonderful huge suite.

Is there more pressure when making a movie?
BC It’s a big weight you carry – wanting people to feel that they’ve got their money’s worth. You work very hard to make sure everything’s on screen in every way. Tiger Aspect and Cave Bear have invested everything themselves in the movie. We’re not taking fees, everything been rolled into go on screen and make it as big as possible. We are as deep into this gamble as everyone else is.

Was it hard to find the budget?
BC The tricky thing is because the brand already exists and there’s a star attached, people think it’s a dead cert. So you can go to institutions that you would expect to be supporting a low budget British movie and you can really struggle. Nigel Green [from Entertainment Film Distributors] really supported it. Between them and Tiger they picked up the deficit I expected to be covered by others.

How big was the budget?
BC The budget wasn’t huge. We had to focus and work long hours and lots of days a week. We went to war in the same way we got to war in the TV show. The Inbetweeners was famously the fastest shot film of its type and we did it two weeks faster.
EH The shoot was just as stressful if not more so. We had very little prep time. We got greenlit very shortly before the start of the shoot and we had a five week window because of Jack’s availability. If we didn’t shoot it then, it would never happen. With only a few weeks to go we had no locations, few crew, half the cast and half the money. We thought ‘fuck it, let’s go for it.’ That seems to be how the British film industry works. 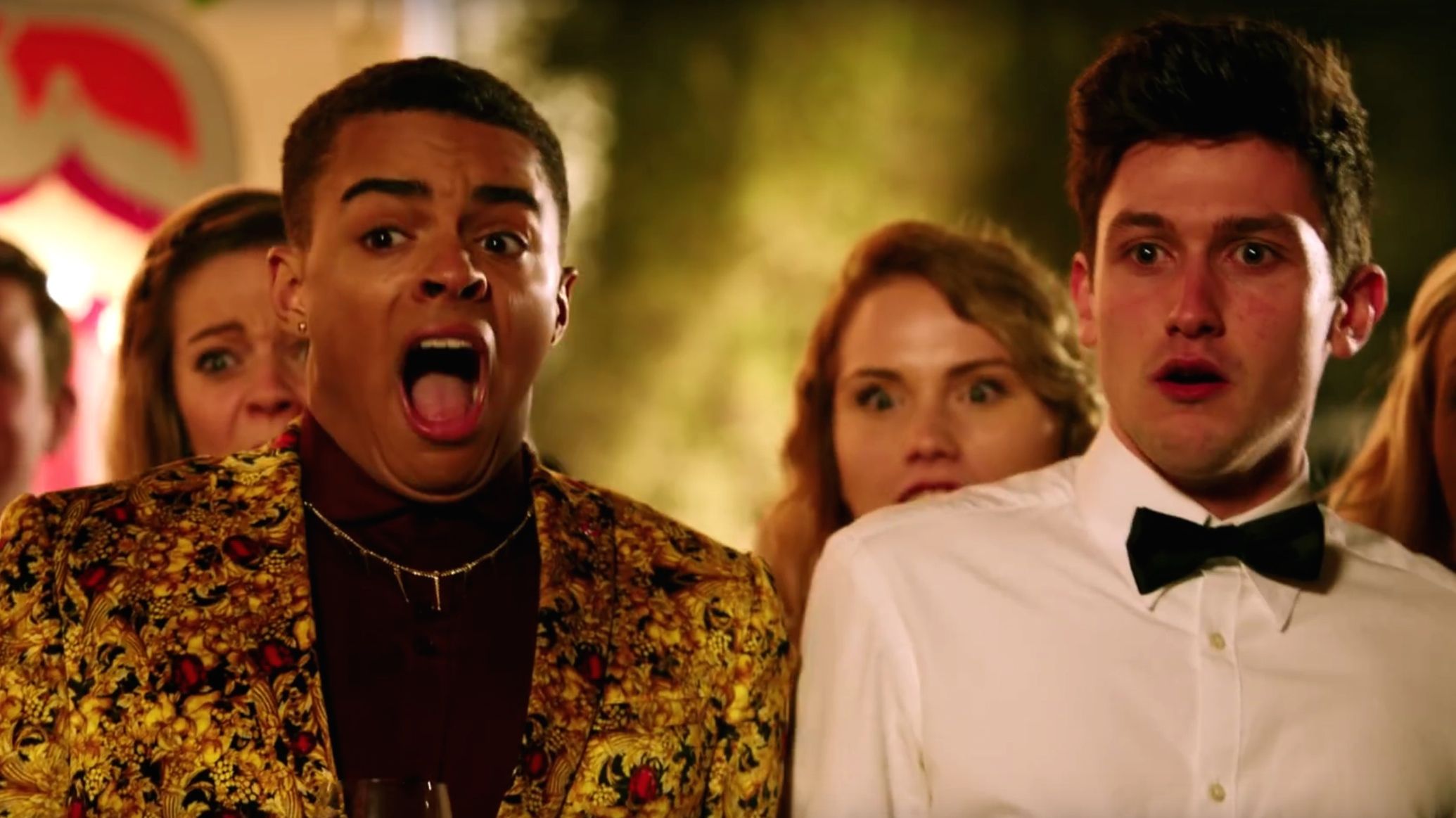