Features & Opinion11.07.22
The Art of the Director: China Moo-Young

In the first of the series, here’s the interview with China Moo-Young (Everything I Know About Love; Intergalactic; Pennyworth; The Rook; Emo; Secret Diary of a Call Girl; Scott & Bailey; Call the Midwife; Harlots; Humans; Spotless; Thirteen) 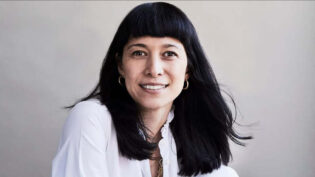 I like to work as closely with the writer as possible from the outset, so I have an in depth understanding of the characters, dramatic intentions and all the minutiae of the story. I begin by doing research and gathering lots of visual reference – photography, films, art and music – I make very detailed mood books that evolve throughout prep so conversations about look, tone and feel with the writer, execs, HODs and actors as they come on board can become more concrete.

All the HODs are key for me – each department matters hugely in shaping my vision and it’s truly a team endeavour. I am as interested in what a character’s chosen hairstyle might be, the texture of a costume against the colour of the set walls, what font a sign is being made into, the specifics of how we are lensing and moving the camera in each scene – I work in a very detailed way with every department. It’s also paramount to me that myself, the DOP and First AD have a strong unity both creatively and practically as we go through prep and into shooting.

I love the rehearsal period and will always push for as much time with the actors as I can have. For me it’s much less about rehearsing and far more about exploring character, background, trying things out, having detailed conversations and page turning the script but also working on the physical embodiment of characters – movement informs so much. 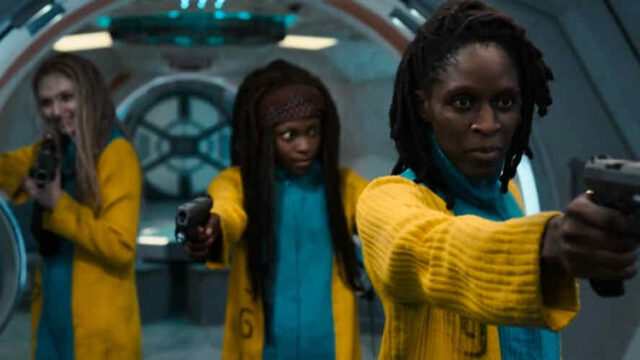 Every actor works differently – part of my role is working out how to give each actor what they need whilst holding my vision for the story. I like to give actors the space to try things out – at the same time I’m also there guiding them. It’s a very intuitive and collaborative process.

I love a calm, focused set (nobody on their mobile phones), just a relaxed atmosphere. That’s not to say it doesn’t get pressurised or stressed when you are under time or logistical constraints, but you certainly won’t find me channelling a yelling machismo vibe on set.

I shot list meticulously and I will also storyboard action sequences. Then, when I rehearse with the actors the coverage may completely change or some shots may remain as planned. I like to keep really open to what actors give you in scenes – they often surprise you and that’s exciting.

It is a very collaborative process. All HODs run options by me and it’s a constant back and forth. I like to check in with my editor most days. I have breakfast with my DOP and First AD most days so we can go through the day’s work. And I will always talk to my producer top and tail of the shoot day to debrief and solve any issues or concerns.

I love the editing as much as I love shooting. I find the one-on-one nature of working closely on the material refreshing after the rigours of working with such a big creative team on set. First pass I like to watch the cut, pass emotional and technical notes, observations about performances, share some ideas and worries then I let the editor do their thing then I’ll come back, repeat the process but with ever more detail. I don’t sit in the suite 10 hours a day on anyone’s shoulder – I trust them.

This interview first appeared in the Televisual Magazine Summer issue