Features & Opinion16.12.22
The Art of The Cinematographer: Catherine Goldschmidt

In the second of the series, here’s the interview with Catherine Goldschmidt (House of the Dragon, Chloe, A Discovery of Witches, Doctor Who, Dummy) 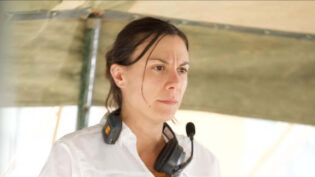 The first conversation with the director is about the script. What stood out to us both, the overall look and feel, and what they are interested in doing with the visual approach. We both have opinions, but typically I find it’s a “yes… and” relationship; at the end of the day, obviously, it’s down to the director, but I like working with people who are interested in what I can contribute. You do have to have an opinion or a perspective on the story to use your taste and sensibility to approach framing and lighting.

On Chloe we had different visual worlds that we wanted to set up and subtly delineate with the visual language. I chose the Sony Venice as we wanted to be able to crop the sensor to use the same set of lenses across the show but have them capture different angles of view and different depths of field. 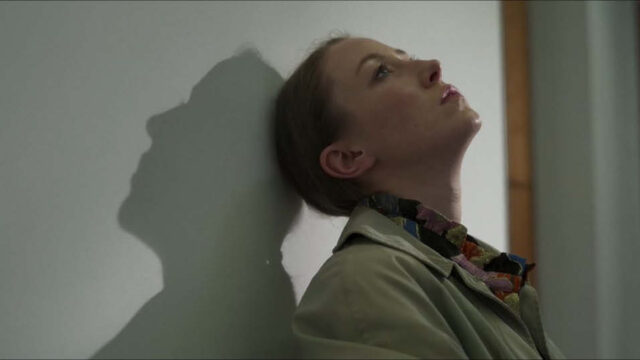 I always want to motivate light from within the world of the show or the film. If I’m doing a day interior, I’m thinking about where are the windows? Is daylight reaching these characters and is that how they’re able to see here? Or are they somewhere where they need to see instead by practicals, or by candlelight?

If I approach a scene that’s going to have coexisting sources, like window light with firelight or some candles, I decide which one is going to be the dominant one, which one we are going to be keying faces with. That determines your colour balance.

I have a background in documentary filmmaking. I love putting the camera on my shoulder or having a Steadicam with the right operator and closely following a character. You can be very instinctive and responsive to all the tiny ways that they move or adjust positions.

The close-up is a powerful tool to give the audience a front row seat to an actor’s performance. On TV shows you get to know a character for a long period of time, follow what’s going on with the characters and explore the subtleties of their psyches. I think it’s an incredibly important place to put the camera. 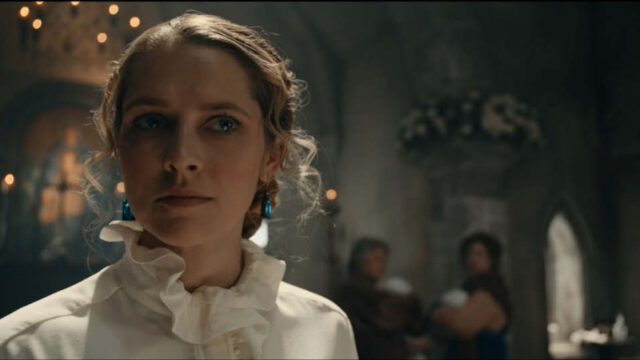 I always carry a diopter filter, a very flexible tool. You can use it to get the camera and the lens closer to the subject, but you can also use it if you want more blur in the background.

I like having a variable ND on a show. It helps you maintain the shooting stop. With it I’m able to shoot both sides of a conversation at the stop that I deem is correct. If the sun suddenly comes from behind a cloud in the middle of a take, I’d rather do a smooth in-camera exposure adjustment using an ND filter than adjust the stop.

In the era of streaming, there are so many shows that aren’t so rigorously bound to 16:9. House of the Dragon for example is 2:1. It’s fun to be able to frame in new aspect ratios, to mix stuff up to find the right ratio to suit a particular story in a particular show.

The weather is a huge source of happy accidents when it comes to lighting. I can be quickly inspired by what’s happening on the day to be able to react and get whatever that Kismet thing is in the camera.