Televisual’s annual top 10 listing of the UK’s most hired cameras is now in its thirteenth year. Jon Creamer counts down the most rented models of the past year

In this year’s survey of the top ten hire cameras, the perennial favourites still hold strong – Arri’s Alexa Mini and Amira are still going strong and Canon’s C300 and C300 MkII still hold their own.

What comes through loud and clear from the survey is that, outside of high end TV, the Sony FS7 is still the dominant model. Along with the FS7 MkII it has solidified its position as the industry workhorse. Few in the hire market predict that changing soon.

It’s not the only game in town, however, with some, including Run Hire, saying “where budgets are constrained, the Canon C300 still retains its presence in the HD broadcast sector and shows no signs of disappearing yet.” The Kit Room also points out that “the C300 and C300 MkII have had a resurgence over the last year.” 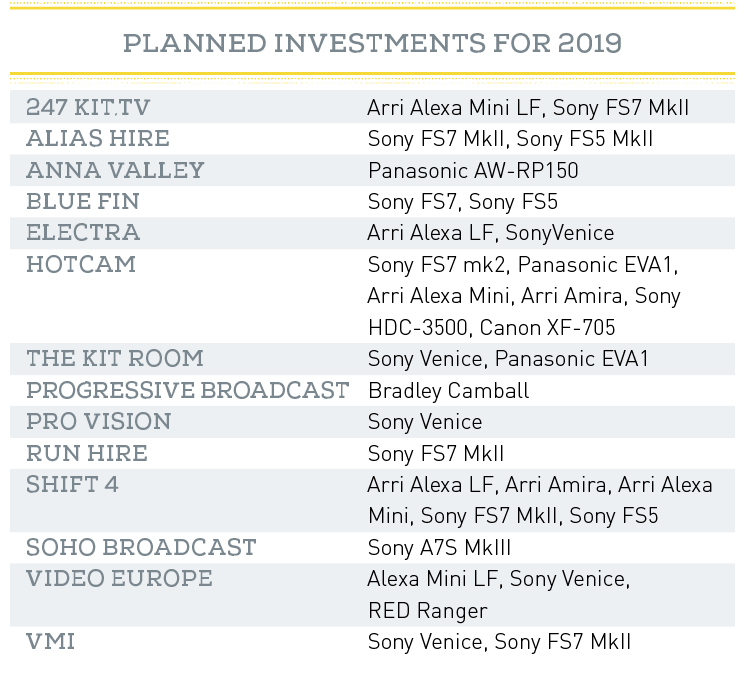 Shift 4 too predicts “more people looking to shoot full frame on large budget productions.” And it seems that Sony could be the beneficiary of that. Pro Vision says the Sony Venice “will have a significant impact on the drama market for 2019,” with Procam saying “the Sony F55 will be superseded by the Venice.” Video Europe is another that says the Venice is “really beginning to gather momentum now.” The Kit Room argues that “this year will tell if it is able to knock the Arri of its perch,” with VMI saying that “the Arri LF has failed to excite the market, so we expect that the Venice will become a really important camera.” But then there’s the new Alexa Mini LF on the horizon. That could make things interesting.

HOW IT WORKS
At the beginning of the year, Televisual sent survey forms to a wide range of camera hire companies, both large and small. Each was asked to list their five most rented cameras of 2018, along with the percentage of hires each model received. An overall ranking of the UK’s most rented models was then created by multiplying the average percentage usage of each model by how many hire companies listed it in their top five. Many thanks to the hire companies who took part. 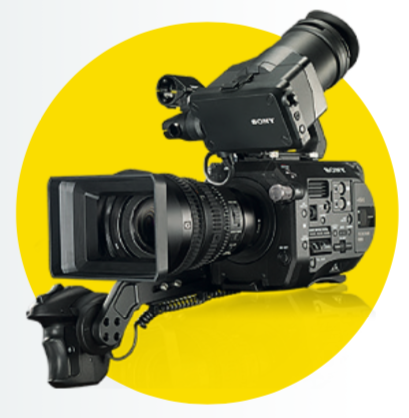 It’s now the third year in a row that Sony’s FS7 camera has made it to the top spot in our survey of the production industry’s most popular hire cameras having first supplanted the Canon C300 back in 2017.

Sony has updated the camera since its birth, bringing out the second generation of the camera, the FS7 MkII back in 2016. That model has risen up the rankings too but it’s still the MkI that goes out on the bulk of broadcast TV productions.

Anna Valley, formerly Shooting Partners, says that the FS7 has become the “workhorse camcorder of the broadcast industry, and it’s easy to see why.  It’s a professional camera for a reasonable price and produces images of a great quality. It’s the staple kit and there are hundreds of them out on shoots at any one time for broadcast television.” Bluefin says the camera’s success simply comes down to the down to the fact that it’s “less expensive and almost as good as an F55.”

And its success also partly comes from a lack of anything new in its class that has managed to contest its dominance in the sector. As 247kit.tv argues: “With no new cameras challenging in this market space I anticipate the Sony FS7 will go from strength to strength.” The Kit Room, too, says that the FS7 keeps its place “because there haven’t been any breakthrough Run and Gun cameras entering the market.”

But its ability to hold its position as the most hired camera also derives from the simple fact that many operators don’t have to spend a lot of time getting to know it on every production they work on. “It is also increasingly popular because of its familiarity to shooters, making it ideal for productions with heavy time restrictions,” says The Kit Room.

The release of the FS7 MkII hasn’t made too much of an impact on the popularity of the MkI either says Run Hire: “It’s our most hired camera and hasn’t been affected by the MkII coming on to the market, so I think that the MKI will still hold its own in every type of production for many years to come yet.”

Alias Hire too says the MkII has little impact on its popularity. “Our client base has still been very happy taking the earlier version. It shows that the advancements between the 1st and 2nd generation FS7 cameras are minimal. It’s not like the jump the C300 did from MkI to MkII. That jump was significant with the inclusion of 4K and the build quality. ” 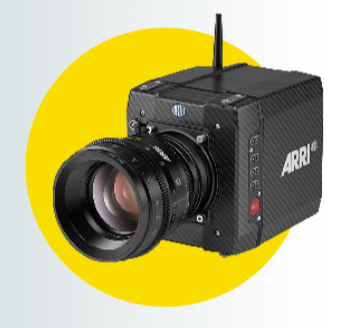 It’s another year in second position of the most hired cameras for Arri’s Alexa Mini as the camera remains a mainstay for high end productions.

As Progressive Broadcast says: “the Alexa Mini continues to dominate the hire kit lists from drama and commercials in our market.” Pro Vision too says that the Mini “has again reigned supreme in the drama market which we predominantly service. That said we have seen a significant increase in the request for the Sony Venice both 4K S35 and Anamorphic.  However, the Alexa Mini still has a strong hold on the current market and is a proven camera choice.” Shift 4 also says that “the most popular at the high end for us are still the Alexa Mini and Amira. The Mini because it’s so versatile and being used mainly for dramas and commercials.” And then there are the very strong rumours of an LF version of the Mini soon to be launched. 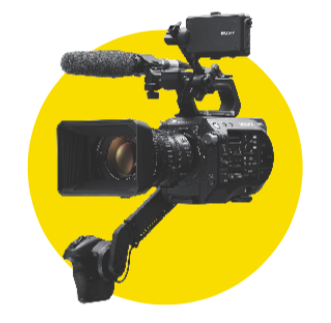 HIRED FOR
A League of Their Own, Revolutions: Ideas that Changed the World (Electra); Coach Trip, Couple Goals, Eating with My Ex, Britain’s Got Talent, The X Factor, Greatest Dancer (Hotcam); Football Channel, BT Sport, Cheryl (New Day); Inside the Bombsquad (Run Hire),

Sony’s original FS7 model still reigns supreme in the rental market but its younger sibling, the FS7 MkII, released in 2016, is slowly making its way up the rental charts, this year to third position.

VMI says that the FS7 MkII has taken over from the original FS7, “aided by Netflix quality acceptance” (it got a crucial Netflix Post Technology Alliance tick last year).

Alias Hire says that it expects to see “a climb in requests for the FS7 MkII version, but that’s just natural as the FS7 MkI models start to show their age visually. We’ll look to bolster our stock with a few FS7 MkII models while we wait to see if Sony come up with something groundbreaking enough to make an FS7 MkIII a huge hit.” The FS7 MkII, like its stablemate is considered a good “all-rounder,” says Shift 4. “DoPs on a budget will use them with nice lenses as well as self-shooters using Canon L series glass.” 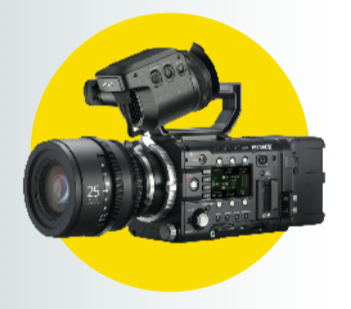 The Sony F55 is now a seven year old camera but still holds its place in the rental market. Alongside cameras like the Alexa, it’s testament to the fact that well built, well liked cameras can have a very long shelf life, especially if the manufacturers keep delivering firmware updates.

It’s also got a broad range of uses all the way from live production to high end dramas and it’s still being used on some of the highest end dramas around, DP Adriano Goldman uses the camera for The Crown, for instance, due to its relatively small form factor and its acceptability to the Netflix gate keepers and he professes to have no plans to change that despite the Venice and Alexa LF’s emergence.

It’s also found new uses too. Shift 4 says the F55 “has had a bit of a resurgence with the release of the R7 RAW recorder, as combining them allows you to shoot 4K RAW at 120fps. No other camera other than specialist ones such as a Phantom can do this so it has made it a popular choice for any high frame rate projects being done for Netflix for example.” 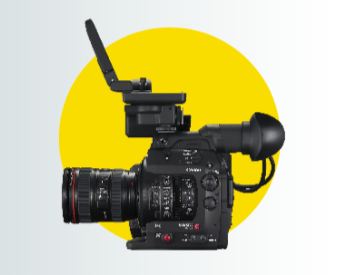 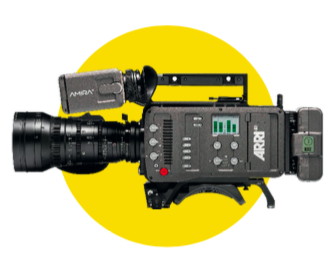 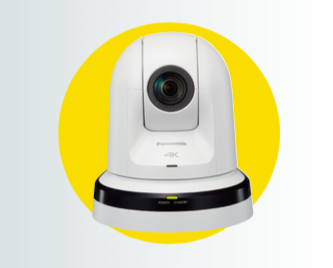 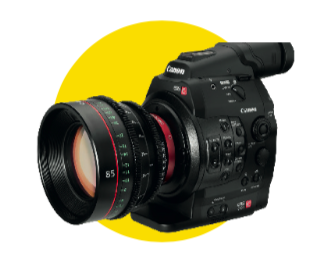 HIRED FOR
Fantasy Homes By the Sea  (Run Hire) 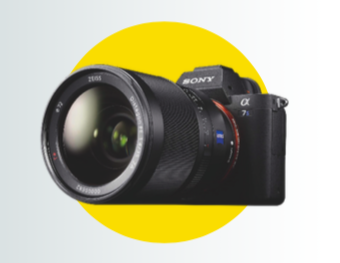 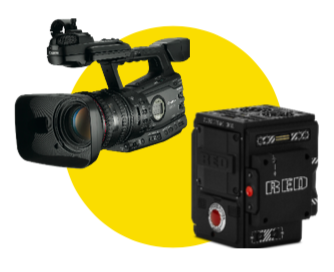 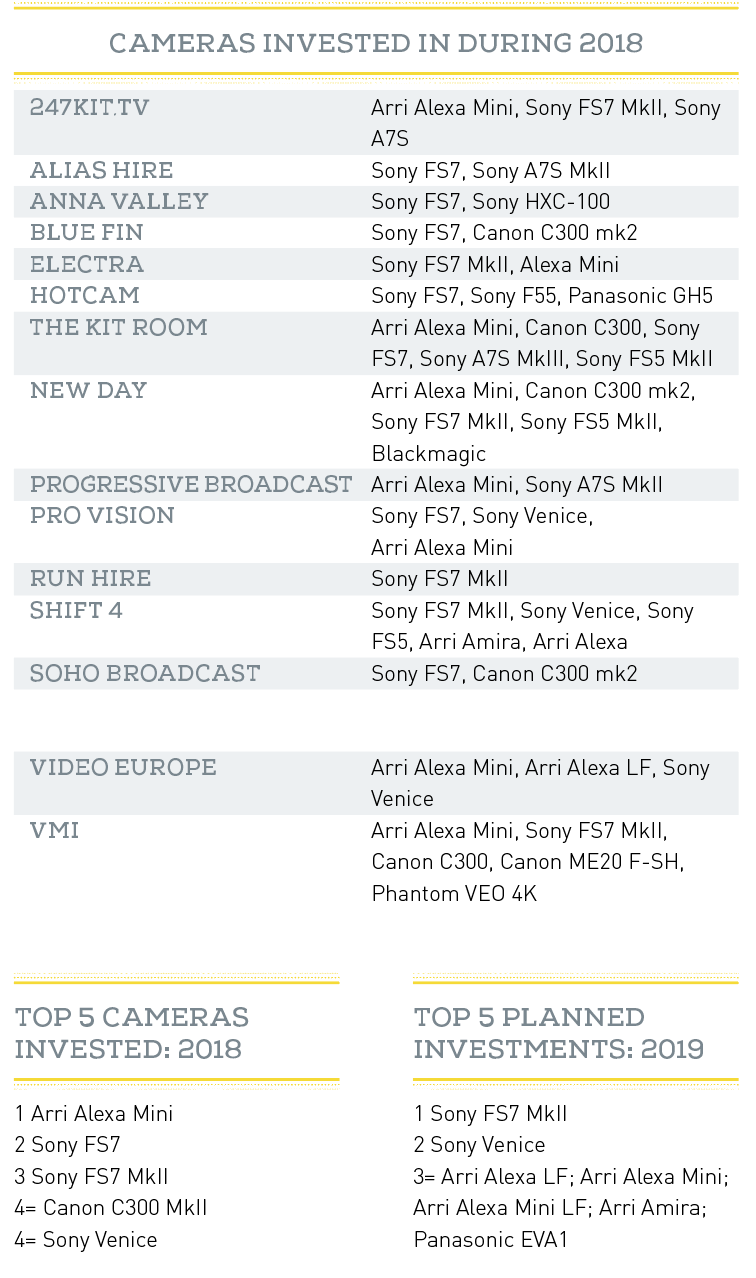