Features & Opinion12.02.14
Storyboard: best of the month in vfx, animation and motion graphics

In this month’s storyboard, Trunk blows up Lily Allen, Blinkink bends time, Fieldtrip eats its spinach and Blac Ionica heads towards the stars

Trunk
Lily Allen promo
Trunk’s Alasdair+Jock were commissioned by Sam Seager at Parlophone to create a lyric video for Lily Allen’s new song Air Balloon. The balloon writing fills and deflates bursting with little puffs of smoke. The producer was  Richard Barnett, the illustrator was Jock Mooney and animation was by Layla Atkinson, Pedro Lino, Alasdair Brotherston and Leslie Dart.

Passion
Arctic animation
Passion directing team Tendril provided the animation and design for an interactive HTML5 story and game ordered by the Royal Canadian Mint to commemorate the 100th anniversary of the first Canadian Arctic Expedition. Parents and children use the site to retrace the epic voyage of the 1913 HMCS Karluk crew.

Royal Canadian Mint: Heart of the Arctic from Jam3 on Vimeo.

Blac ionica
citroen in space
Blac Ionica created this launch spot for the new Citroen Grand C4 Picasso, a seven seater big enough to fit a family of astronauts. The ad was ordered through Havas Worldwide. The lead animator was Barney Hewlett, the lead compositor was Jamie Howlett. The grade was by James Banford at The Mill and sound design was at Angell Sound.

Blinkink
Becky & Joe
Don’t Hug Me I’m Scared II, “an unsettling lesson in the dangers of time and the perils of metaphysical introspection” is the sequel to Blinkink directors Becky & Joe’s original mind-bending viral Don’t Hug Me I’m Scared. It was created using a combination of puppetry, 2D animation and stop-motion models with lyrics and music written and composed by Becky & Joe.

Fieldtrip
Recreating popeye
Fieldtrip animation team againstallodds got to celebrate the 70th anniversary of Popeye in this animated spot for Hill Holliday and Bank of America. To achieve the look of the motion and characters, the directors studied original model sheets from the 1930’s as well as the full animations created from them. Each frame of the spot was hand drawn, but on a tablet instead of paper. The final animation was then put through an ageing process. Shadows were added to characters and cast against the background to create the effect of an overlaid cell. Colours were muted, hues shifted, and scratches and grain were added to give the animation a filmic quality. (video to come) 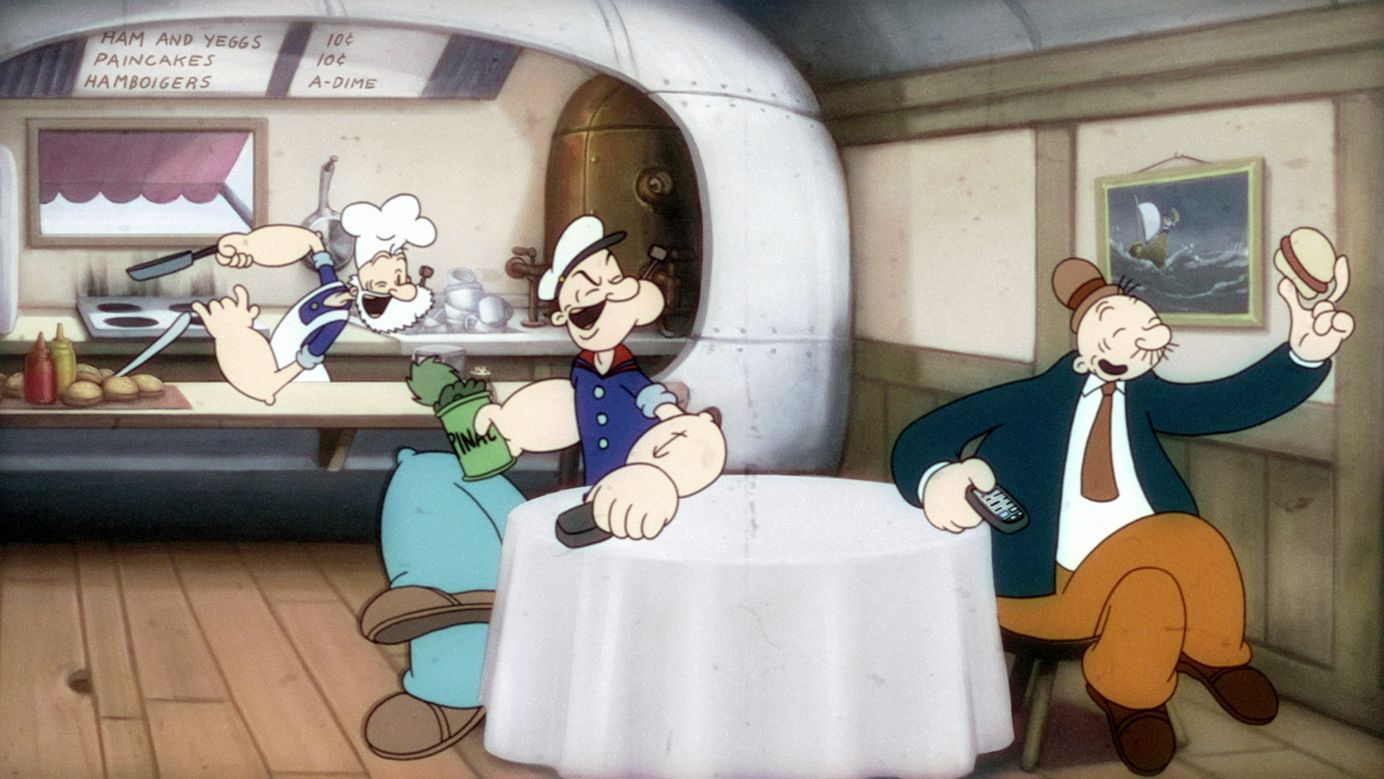 Mr BLOOM-Titles from Bottletop on Vimeo.

Picasso
Fox World Cup
Picasso director Beeld’s spot for Fox Sports coverage of the coming World Cup shows an armchair fan how it’ll be just like being there.

Like Being There (Sinta-se lá)… from Picasso Pictures on Vimeo.