All things stereo 3d had a major boost this week with the announcement that the first 3d TVs will be in the shops by the end of this month. Samsung is first out the blocks with a model expected to cost around £2k.

Naturally, with a price tag that high and nigh on zero content to watch, it’s going to be for enthusiasts only. But perhaps not for long as, it seems, everyone is getting in on the act. Panasonic will have its first 3d TVs out shortly after Samsung, followed by Sony, which promises sets in the shops in June and aims to sell 2.5m 3d TVs worldwide by March next year.

This seems a most ambitious figure but anyone who’s seen Avatar couldn’t fail but notice the long list of stereo 3d releases coming up this year in the endless trailers, which will all eventually make it on to 3d Blu-ray discs. 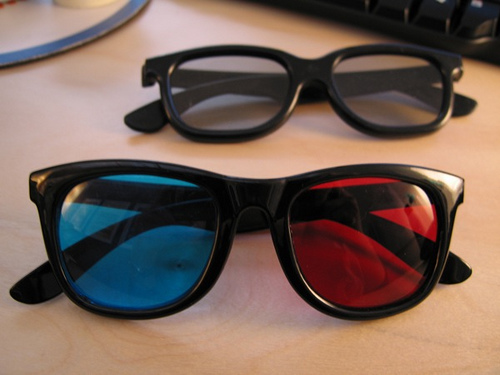 Added to this, Sony is releasing an upgrade to make it possible for the PlayStation 3 to play 3d games, which will do a great deal to further boost the market.

The TV sets still require viewers to wear glasses, which may – beside the price – put some people off, but the success of Avatar demonstrates most people are happy enough to watch something of considerable length while donning glasses.

So, you can expect stereo 3d to be even bigger than ever at NAB next month and more and more facilities gearing up for what looks like it’s going to be far more than a fad after all.