Bharat Nalluri was the lead director on Spooks the TV series way back in 2002 and then returned to direct the final episodes of the show in 2011. He then directed the final instalment of the Spooks world, with the theatrical movie out this month.

Why has the movie not happened before?
Every few years we would talk about turning it into a movie. But they wanted it to run as a TV show and no one had the time. Then there was the question of how we would distinguish between the TV show and the movie. I came back to the show right at the end of the final season and shot the last episode. Literally in the car park as we were leaving I said to [Kudos boss] Jane Featherstone ‘there’s always been a movie in this and we should kick start that again.’ We got in a room and started knocking out ideas and it moved fast from there.

Was the development process long?
The world was changing rapidly between 2011 and 2013. The world moved so fast it overtook our scripts. We were keen to capture the zeitgeist that the TV show did at its best. 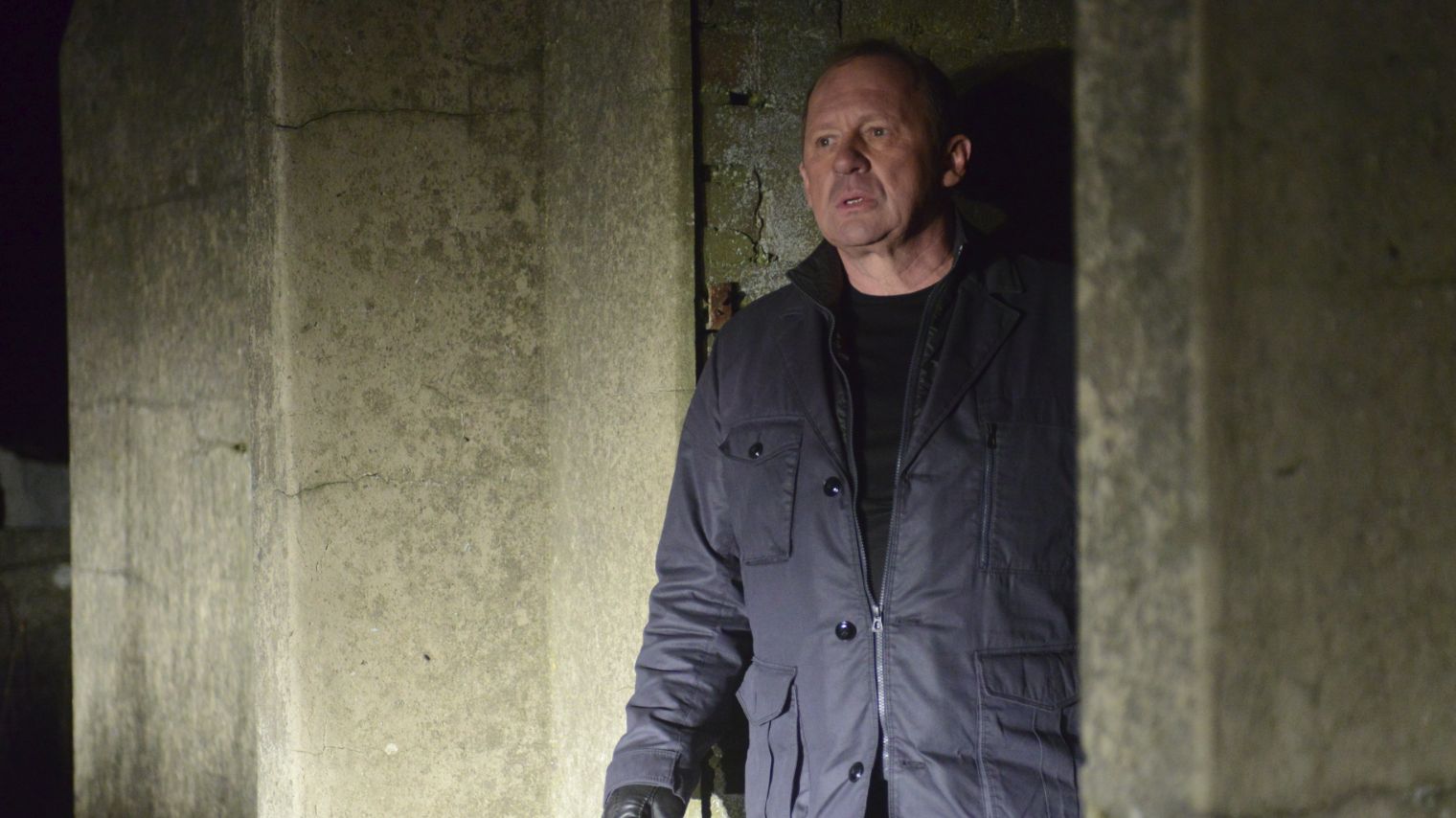 How do you make it work for both fans of the show and new viewers?
It’s a really fine tightrope to walk: how do you not disenfranchise two sets of people. I genuinely think we’ve cracked it having played it to both audiences. There’s enough stuff in there for the fans to grip into. We also made it in such a way that if you’ve never seen it before it’s not going to ruin your enjoyment.

How do you take a TV series to a movie level?
We always talked in movie terms from the outset on the TV series. I felt the episodes were all little movies – 50 minute thrillers. When I came to Spooks I’d come out of making films and this was my first television, so I’d come with that aesthetic. But on a basic level we went abroad. We always talk about it on the TV show but never quite did it, maybe once. On this we went to Russia and Germany and we told back-stories in a different way. What was great was being able to tell a story with a beginning, middle and end. In the TV series you’re leaving threads open across the season.

How does production process change?
The scale is a whole different beast. For an hour of TV we’re shooting 12 days. This was eight weeks – we’re shooting in Berlin and creating Russia. You do an action set piece in half a day on the TV show if you’re lucky. Here you’re spending a week on it. It allows you to spend more time working the drama and working with actors.

London is a big part of the film?
London has always been a huge background to the show and when you’ve suddenly got two months to shoot it and you’ve got movie budgets you can get into places you’ve never been able to get to. As I started this movie my whole family moved to Washington DC so it was a love letter for London and all my favourite places. It was 20 years of locations I’ve wanted to shoot and I managed to splurge them all out in one go. 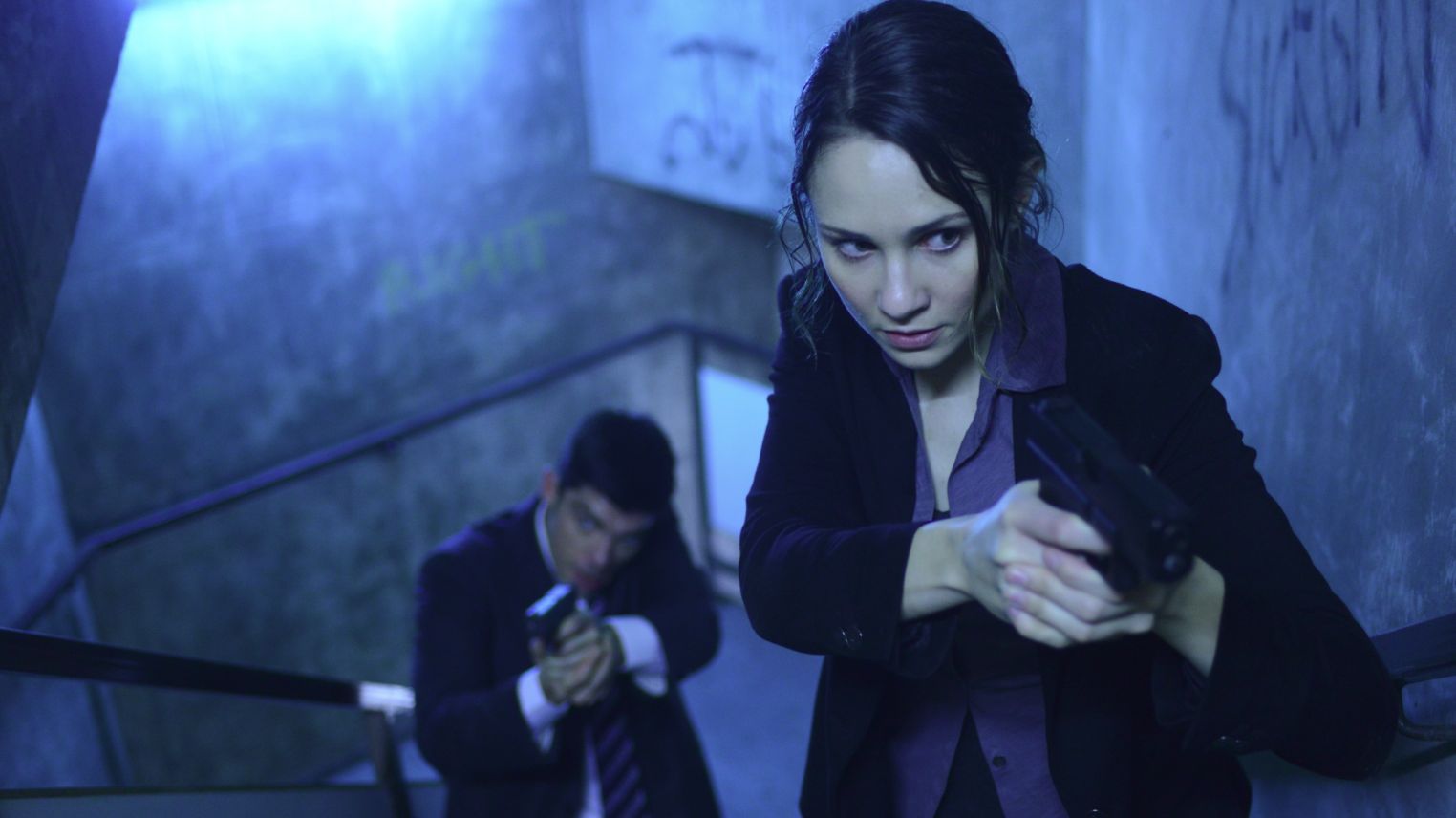 With so many spy thrillers out there, is it hard to find your own grammar?
In reality we’re a kind of a mutt. When I started doing the show I’d just come back from doing very glossy, sexy studio movies in the US. I came back thinking I’m going to make the show really gritty and dirty and grainy – almost black and white. Then I watched a lot of British television and that’s what it all was, gritty and grainy and real. So I thought let’s make it as cinematic as we can. We shot with three cameras, 5.1 surround sound, we gave it all the texture of a movie. The reason I chose the river as central location is that it was the one place I could find wide landscapes. We upped the editing tempo so there were 650 cuts to the hour instead of the usual 200. We shot 70 pages of script instead of the standard 56 so it felt like it had this forward propulsion. I told the actors never to let up. There was no moment where you sat down and explained it all safely for the audience.

Do you stick to a very solid plan on set?
No, I always find if I plan and make shot lists and storyboards everyone hooks into them and you can’t take advantage of something that’s happening around you. Being super flexible on set usually leads to really interesting stuff. Plus it allows the actors to be flexible. I would never have done that 20 years ago but I haven’t done a shot list for years and years now. The great thing with actors is if you have their confidence, they’ll let you do anything. What you don’t realise as a young director is you can go to them and say ‘this scene’s not working, why is it not working?’ In the early days you’d be terrified they’d see the whites of your eyes and go for your throat but if you do it with confidence it’s a fantastic place to be.