Filmed entirely on location in Sri Lanka, the setting is one of the stars of ITV’s new medical drama Good Karma Hospital.

The landscape and light of the south Asian country suffuses the Tiger Aspect-produced tale of the lives and loves of doctors in a charity hospital, which stars Amanda Redman, Amrita Acharia and Neil Morrissey, and was written by Dan Sefton.

Bill Eagles (Strike Back, New Blood) directed the first four episodes. Sri Lanka, he notes, only has a small filmmaking infrastructure, most of it based in the capital, Colombo. Good Karma Hospital was shot in the characterful town of Galle in the south, where no British show has been made before. 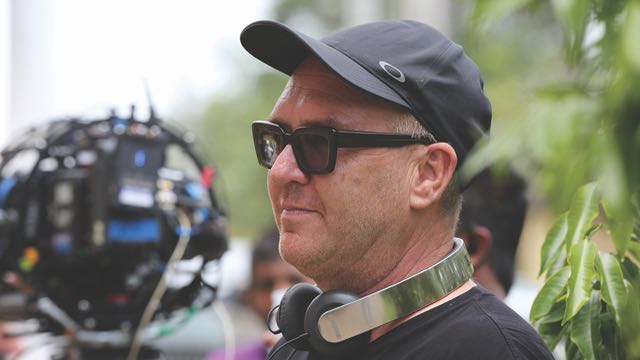 Eagles directed a mixture of experienced and inexperienced cast and crew from the UK, Bollywood and Colombo for much of the 12 week shoot. “I thought it would be more of a challenge than it was”, he says. “But the supporting cast rose to the occasion.”

The days were long, with 12-hour shoots, filming five or six pages a day. “It was a lot of work to get through,” says Eagles. The days were also long so the crew could catch the light, with dawn at 7am and dusk 6.30pm. “There are very short magic hours – just 45 minutes. The light is limited.”

The heat of Sri Lanka was “extraordinary”; it was often 35C on location. “Your body works overtime to cool down. So just walking around the set all day makes you feel like you have run a marathon.”

The rain was a challenge too. Even though filming didn’t take place during the monsoon season, the rain would come every day. And it was the noise of the rain that was most disruptive to filming. “Even inside, it was like 10,000 woodpeckers hammering on the roof,” says Eagles.

But it is clear that Sri Lanka has made an impression. “It is a landscape like no other. There is so much more to explore photographically than we were able to in 12 weeks.”