For its new Channel 4 drama Humans, Kudos took a domestic and contemporary angle on a sci-fi staple. Jon Creamer Reports

It’s set in a contemporary Britain but the story of Kudos and Channel 4’s new eight part drama Humans starts back in 2012 in Sweden.

The original show, written by Lars Lundström, produced by Matador Films and broadcast by Sveriges Television (SVT) was a major hit in its home country, has already run a second series and has since sold to 50 territories. It posits an alternative present where the must-have gadget for every family is a synthetic human helper.

Kudos’s parent company Shine picked up the rights to make an English language version of the show and Spooks writers Sam Vincent and Jonathan Brackley were brought on board to pen it. 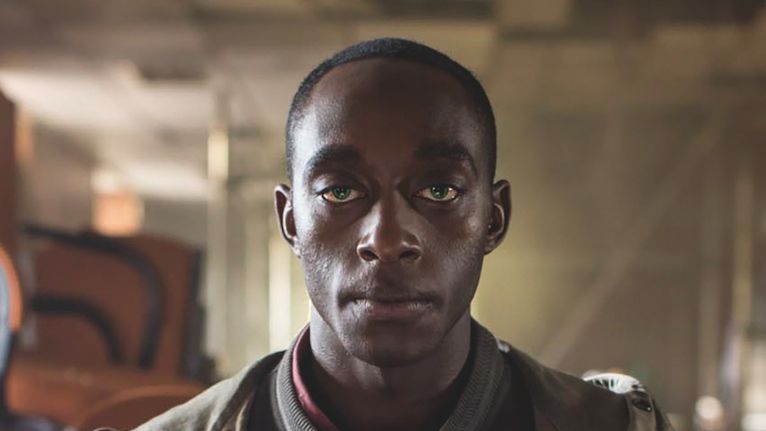 Channel 4 ordered the show in the UK and a co production was then signed with Xbox Entertainment Studios who planned to run the show on its network in the US. So far, all running as clockwork. But then Xbox announced that its US content arm, headed by Nancy Tellem, would be shut down as part of a wider series of job cuts. Suddenly Humans was left swinging in the wind with a co producer lost.

But not for long. The show was strong enough though to pick up a new joint partner, US network AMC, the home of Mad Men and Breaking Bad. The network came on board last year to take Xbox’s place.

The idea of humanoid robots with artificial intelligence living within society is well-trodden ground in popular culture from Isaac Asimov onwards. Even in recent months movie releases have included Alex Garland’s Ex Machina, Avengers: Age of Ultron and Neill Blomkamp’s Chappie. But, says Sam Vincent, he and co writer Jonathan Brackley were confident they would have a “different rhythm and a different take on it. This is about two families ultimately – one very normal one and one very strange one. We felt excited that the issue was rising and rising and we were the only ones approaching it in this way.”

There is, in essence, “only one robot story,” says Vincent “what are they going to do to us? and all robot stories essentially ask that question.” But the trouble with a lot of sci fi takes on the subject, says fellow writer Jonathan Brackley, is that “it’s easy to get bogged down in the mythology and end up with something genre based. This gave us more scope to explore the ideas in a simpler domestic setting.”

It was the show’s “unique domestic setting” that was its main attraction,” says Vincent. “It’s a classic story but it’s doing it in a domestic setting which is what Lars had done on the original. We realised that what he’d come up with was a new way into this world” rather than the traditional sci fi thriller engine. “We realised it was a story about people and what technology does to people and how it changes us. It’s just extrapolating things that are happening now and seeing where that will take us.”

The pair have taken the idea and moved it on. The main characters “are inspired by the original,” says Brackley “but we’ve run with them and done our own thing. So they start off in a similar place to the original, but we take them on very, very different journeys.

What it does have in common with the original Swedish Version is that the sci fi element is stripped back to just the synths themselves. The world, and its technology, is resolutely 2015 Britain. “That’s one of the many things we took from the original,“ says Vincent. “They presented the idea as here it is, we’re not going to tell the back-story of how the synths got made, we’re starting in this parallel present. Lars told us when he was thinking about the original he thought about a version where you did see this preamble but then decided to dispense with that and present it as a fait accompli. That was one of the keys for developing the series and it appealed to all of us.”

The show is simply “an alternate now,” says Brackley “We weren’t trying to set it in the future, it was as if these synths had been invented say ten years ago, much in the same way something like True Blood just starts and it’s a given that vampires just are.”

And in common with the original series is the lack of any judgement on whether AI is good or bad. “From the very start we always said we were not going to take a clear authorial position on that. We were not going to present it either as a dystopia or a utopia, we wanted the audience to decide,” says Vincent.

details
Humans is an English language adaptation of Sveriges Television (SVT) and Matador Films’ series, Real Humans about a parallel present where the must-have gadget for every family is a ‘synth.’