The studios, billed as “the largest sustainable studios in Europe,” completed the final fit out in April and already has all five of its stages occupied, currently by HETV clients.

The £20 million 45,000ft2 development in Park Royal was managed and financed entirely in house by the RD Group. RD set up its own building company to manage the construction and remains the sole shareholder. The studios have been masterminded by founder Ryan Dean. Content production company RD has four international offices and an annual turnover of £10 million. 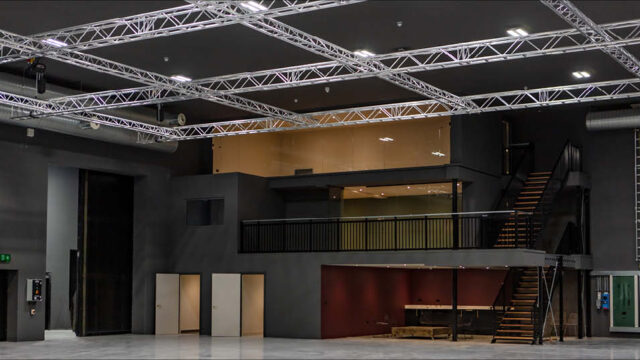 RD Studios is the first instalment in Dean’s plans to create 250,000ft2 of independent studio space over the next five years.

Dean is currently building a fund to finance the ground-up build of another studio complex in the Park Royal area and says the fund “would enable not just one of those, it would be a number of those, possibly internationally as well.” Alongside studio builds, Dean has plans for a future large-scale high-end post and vfx house in central London.

At the current site, all five sound-proofed stages feature an automated truss that allows for rigging work at ground level, and a drive-in stage door for large set constructions. The studios also have high-spec hair, makeup and wardrobe facilities on-site, as well as green rooms and post-production facilities. 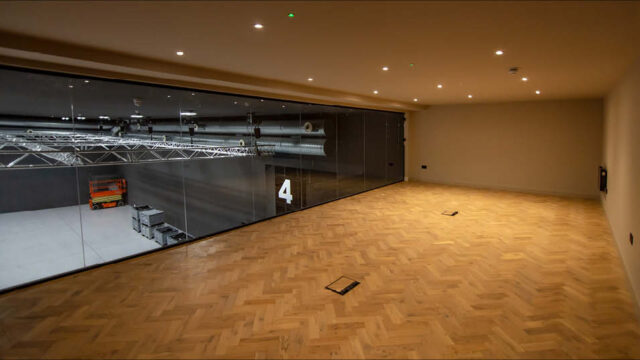 Realised through a net-zero carbon refurbishment of an existing warehouse, “every decision in the studio’s build has been made with sustainability in mind.” Solar panels provide electricity to the entire premises, saving 45 tonnes of C02 emissions per year. Rainwater is also harvested for use in toilets, saving 146,000 litres per year, and visitors have access to electric vehicle charging points and secure cycle stations. All building materials have been selected for their sustainable properties from the floor panelling to the paint, earning the studios an A+ EPC and 5 star ‘Excellent’ BREEAM rating.

Ryan Dean says: “When we started this project we had a mission to build state of the art studio facilities with sustainability at its core. I have been delighted with the feedback we have had from a wide variety of content producers, from high end television, feature films and multi-cam shows all discussing exciting ways they will bring the space to life.”