The Shoot16.12.22
Planning submitted for Holyport Studios near Maidenhead

Developer Greystoke Land Ltd has put in an application for Outline Planning Permission to the Royal Borough of Windsor & Maidenhead for a new studio complex near Maidenhead, Berkshire.

The plans for Holyport Studios are for c.690,000sqft of new studio space. Subject to permission, the Studios would rank in the top three of the five largest studios in the UK.

Alongside the Studios, the proposals seek the creation of a brand new 16.9 hectare nature park for the local community and studio users to enjoy. 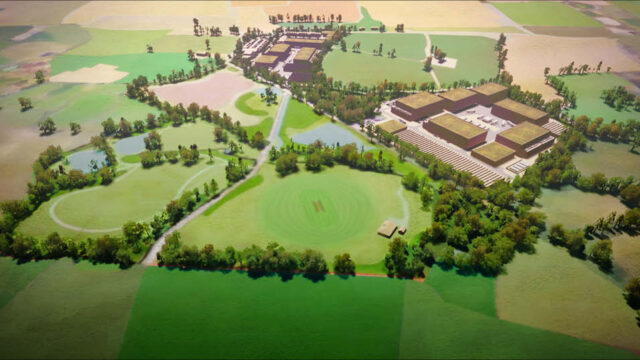 The developers say the proposals will contribute significantly to the local, regional, and national economy, including a direct investment of £106 million and creation of c. 1,4000 full time new jobs related to the Sector directly and indirectly in the Royal Borough of Windsor & Maidenhead.

The scheme also plans to deliver an “exceptional” Community Education and Employment Programme, supported by a financial proposal to invest £5,000,000 to upskill the local community and “inspire school age children and young adults in higher education to work in jobs associated with the Film & TV industry.”

Developers say the proposals will also deliver a multitude of environmental and ecological benefits, including biodiversity net gain. The planning application is expected to be viewable by the public on RBWM’s planning website in January 2023.