Danny Sanz of production and line production company, The ATS Team, explains how the shoot came together on series 2 of Channel 4 challenge show, The Bridge, set in the Ha Long Bay area of Vietnam.

Working alongside Workerbee TV, The Bridge S2 was the first international show in Vietnam since Covid. 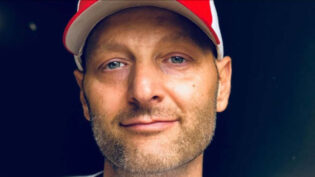 Vietnam has had one of the lowest incidences of covid deaths and infections in the world, so it is hardly a surprise that it would be difficult to get the right permits to shoot.

This year we completed the line production of The Bridge series 2 in the Ha Long Bay area of Vietnam for Channel 4, alongside Workerbee TV. It was our second time there since we did the line production of the second series of El Puente for Spain, where the series originated, in 2018. But obviously, the world has changed a lot since we shot that first series.

In Vietnam, having your paperwork sorted is an absolute must. No paperwork, no shoot. No shoot, no show. No show, big problem. We were the first foreign production given permit to film in Vietnam since the pandemic started. This was huge since the country was still ‘closed’ by the time we needed to get in, but luckily we had the best line producer in the country working with us, Hanh Nguyen Edbrooke. She did invaluable work dealing with the official permit application, local permits, entry permits to the country and managing a large local crew from different parts of the country through various lockdown periods. 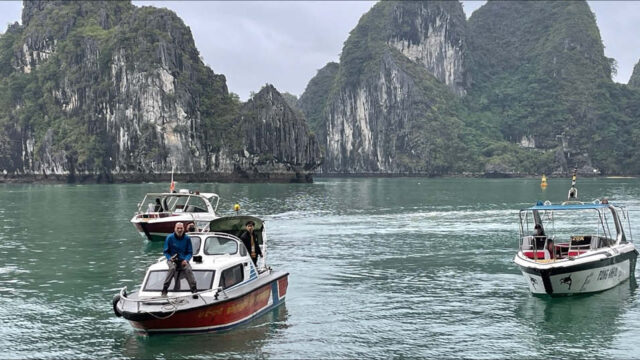 We were a group of 60+ crew members travelling from the UK and a couple of other countries and just getting to Vietnam was a real challenge. All our flights kept getting cancelled but eventually we managed to place a group booking that was finally confirmed. Again, it took a great deal of work to get all the visas and entry permits since the country was still following a very strict Covid travel policy.

To really confirm how serious the government were taking this, we were received at the airport in Hanoi by an army of health personnel in hazmat suits that tested us for Covid as soon as we got off the plane in Hanoi.

We then got to spend 7 (rather lovely) days quarantining at a 5-star hotel. We were working and having zoom meetings most of the time, it could obviously have been much more difficult. 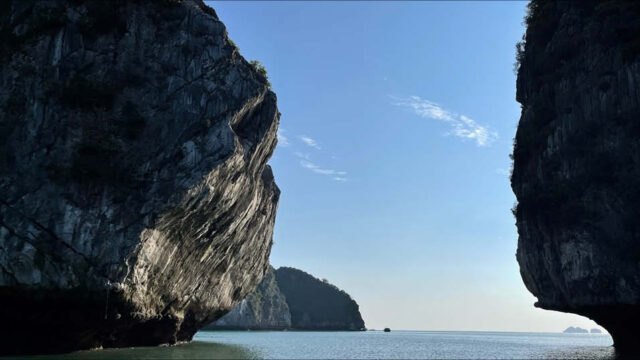 During filming we were in a production bubble, all staying in the same hotel without access or contact with the outside world. Cat Ba, where we stayed, was under lockdown twice while we were there, so there was not much going on outside the hotel. You don’t need much more than the beautiful views, beach and food when you’re there anyway.

In terms of the location in Ha Long Bay, the area is a UNESCO World heritage site, and it was made clear from the beginning that any structure we set up or built had to be temporary and wouldn’t alter or disturb the environment. It was also an official requirement, but regardless of the emphasis made when we arrived and the permit requirements, we were always going to treat the location with the upmost respect.

From a permit and regulation perspective we pretty much couldn’t touch a single tree or move a rock. The entire build was made with local and sustainable materials like bamboo, wood and palm tree leaves.

If we ever needed to use plastic, which was rare, it was recycled and re-used after the shoot, so it never went to waste. Everything was removed after the shoot and the site was even cleaner than when we first arrived there. 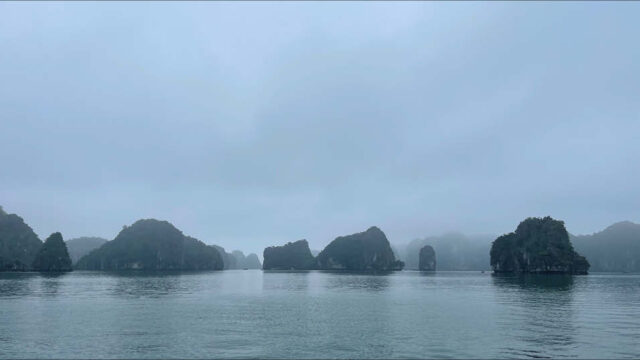 Our local Vietnamese team was amazing, very committed, and hard-working. Using a local production partner was invaluable. Again, these relationships count, not just for now, but for future work. Be kind, polite, and respectful to the people whose home regions you are working in.

Vietnam is a beautiful country with amazing people who have an incredible work ethic and will go out of their way to help. But in return you need to be respectful. This starts by understanding the official requirements, get your paperwork in order. Then its down to looking after the environment you are shooting in and realising its somewhere people call home. And finally, it’s the personal level, get on well with the local production team, understand their needs, demands and personalities.

Do all this and you’re on course for a successful shoot in one of the world’s most stunning locations.