While working on our recent 4K HDR productions – London Light, Hever Castle and Above London (see below) – we learned a lot of lessons about handling 4K rushes, 4K and HDR edits and coping with the extra demands of grading and mastering in HDR.

Together we worked through all the little niggly things, including how to ingest content for the offline, which codec to transcode to, how to successfully move the edit through to the various post production stages, the different techniques for grading the HDR version as well as the corresponding standard-dynamic range version, and how to create the multitude of deliverables required for the different HDR and SDR versions.

Like anything, once you know how to do it, it all seems fine, but there was a lot to learn on the journey to get there, and a lot of headaches and frustrations on the way.

One of the pieces of kit we found invaluable at the later stages of the process, for creating the HDR and SDR deliverables and even for creating the SDR version in the first place, was Colorfront’s Transkoder mastering tool (pictured below). 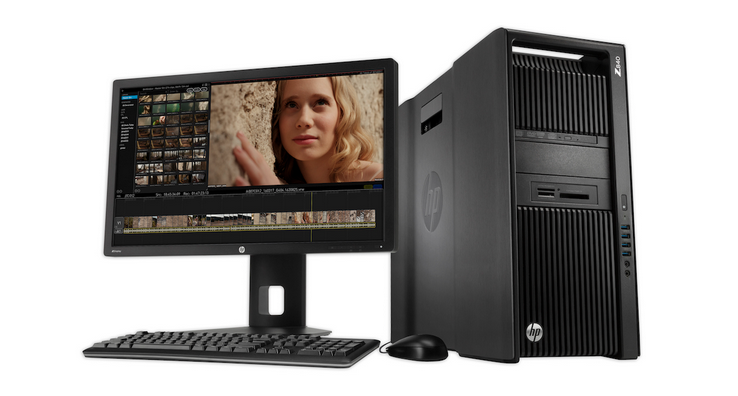 Put simply, without it, we’d have found it extraordinarily difficult to master all our 4K HDR films correctly to play out on large displays at various trade events.

On top of this, it is able to remap from SDR to HDR and vice versa, making it possible to create the different versions automatically, producing a great starting point for further tweaking or even the final deliverable.

Jack Jones, colourist, Roundtable Films says: “We’ve had the Transkoder for four weeks now, having originally used it to master for the Hever Castle project. We’re using it for a wide range of things – from DCP creation for Nick Broomfield’s upcoming feature film through to generating H.265s and ProRes files with HDR metadata flags.”

“Additionally we’re looking at using it as our in-house mastering station allowing us to make multiple deliverables simultaneously – DPP for broadcast, versioning for textless, ProRes files for the production company, H.264 screeners both with and without BITC as well as authoring DVDs and Blu-Rays,” he adds. “The best part is being able to prepare all the deliverables and just hitting go. H.265s were super easy to make. The HDR metadata flagging is simple and reliable as well as the rendering being super quick.”

Jones also made up of Transkoder’s re-mapping to convert an HDR master of Above London to a standard-dynamic range version. “The HDR to SDR mapping tool is excellent and ideal for HDR-10 delivery,” he says. “You can work scene-by-scene but the results are pretty fantastic to begin with. On a broadcast hour you could comfortably do your SDR trim pass in a half day.”

Meanwhile, Adam Peat, Chief Engineer at The Farm, says the post giant uses Transkoder “for the creation of file deliverables (including DCP and IMF), colourspace conversions and file QCs.” He too has used the mapping tool to create different HDR and SDR versions: “The end result needs a trim pass in a grading suite but it accelerated the process,” he says. “Transkoder is a powerful tool and really offers a bunch of useful functions.”

Above London in 4K – an SDR version of an HDR short film from Televisual Media on Vimeo.

The Beauty of Hever – SDR of HDR UHD short film from Televisual Media on Vimeo.