What’s the programme about?
It’s the story of a gathering that happens at a very special place that’s peaking in the next couple of weeks. It’s a unique moment in history as well. 60 years ago Monterey Bay was pretty much devastated by pollution and overfishing. All the animals had been hunted to near extinction. The revival of this coast line is an amazing good news story as well.

Why make it a live show?
I think live brings you something very different. We can take the audience whale watching live in real time and that’s something on most people’s bucket lists. There’s an experiential element to it. This will be the closest you can get to going on a scientific expedition in real time. And this gathering of animals is an event. We have a long tradition of covering events live. We don’t know quite what’s going to happen but that’s part of the frisson of excitement for the audience.

Does the experience of Springwatch help  with something so different?
There’s a wealth of experience both in production but also on the technical end of things too. We need to take all our learning from that but this is different, everything’s different when you get into the ocean. The weather and the sea state will affect where we can be but just like Springwatch there’s a lot of great content to cover. We have to be flexible. We have a depth of content, which I think is reassuring. 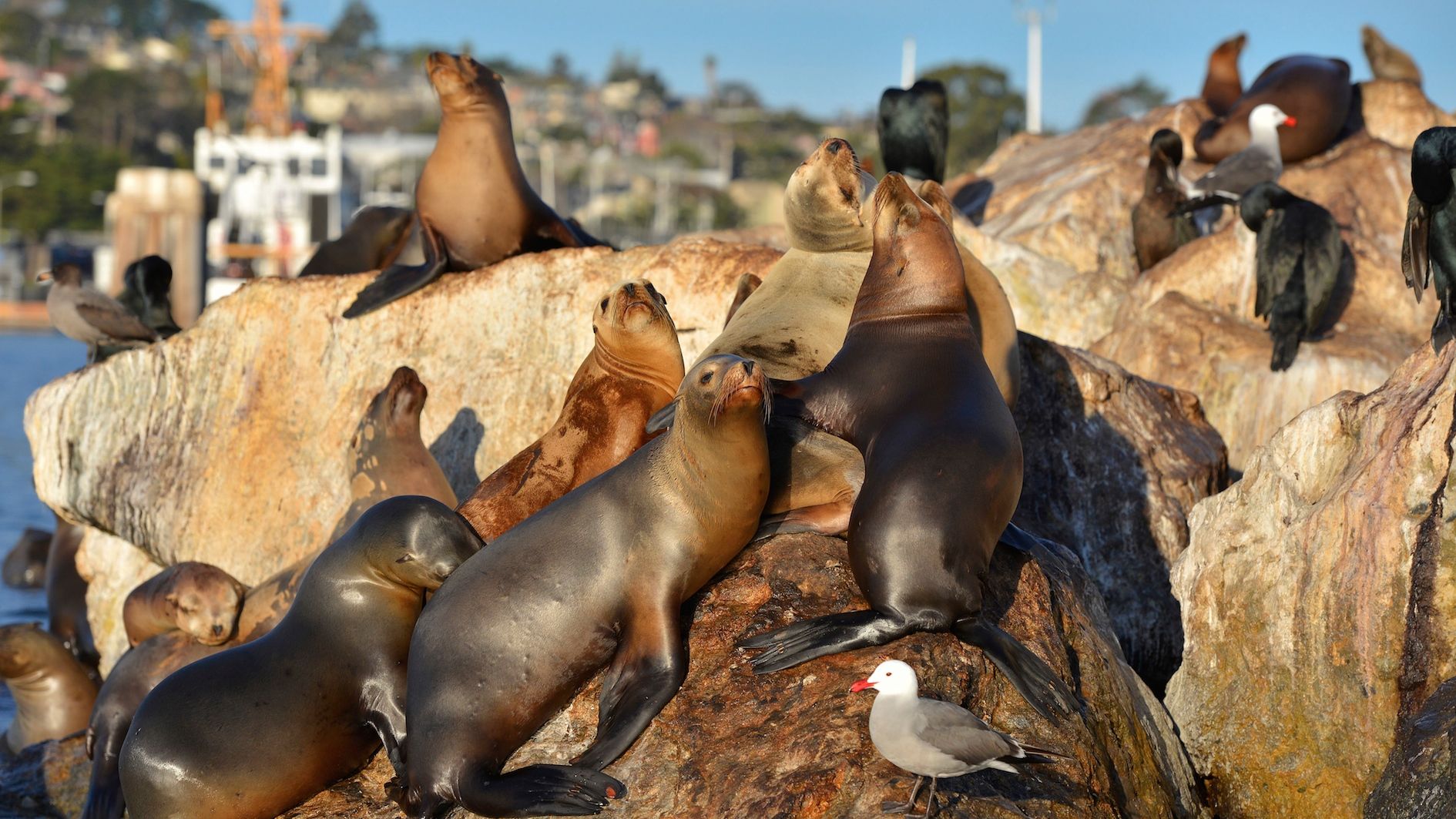 Are you confident you’ll see enough sea life?
Some animals are more guarantee-able than others. We have three sea otter mothers that have given birth in recent weeks right in front of the aquarium. We’ve got sealions on the harbour breakwater just across the bay, there are Pelicans and Shearwaters. Some things we see every single day.
This year the fish shoals are coming very close to shore. We literally had them under the windows of our offices yesterday so a lot of the action is close to shore. We filmed a whale coming right into the harbour to feed the other day and it actually got stuck under a boat. There are opportunities we will seek that are more challenging. It would be amazing if we could see some of the big whales live, we stand a reasonable chance with that.

Is there infrastructure there already you can use?
There’s a lot of good science happening out here that is based on new technology. They have the bay covered in terms of hydrophones and cameras. There are people who have remote cameras on the sea bed picking up sharks as they swim past. There are scientists here who are even putting cameras on to some of the larger whales. Drones have been used to study some of these animals from the air which is great because with whales, when you’re looking down into the water you can see the length of the whole animal which is so impressive.

What will you attempt to show live?
We will always prioritise live and try to have live encounters with the wildlife but as with all live shows we will have elements of pre-recording. You want that to set up back stories and give context. We’re hoping to see animals live from the air, the surface of the water and under the water. We are planning to have live aerials scouting for things in the bay. Who knows what we might see? We might see giant sunfish, great white sharks, all sorts of creatures coming to this gathering. In addition to that we’ve got a boat that will be whale watching live and we are even doing some live dives in the kelp forest. We are absolutely trying to cover this place and I think that between us and the science that’s going on here it gives us a good degree of confidence were going to see some amazing animals.