MPC and commercials production company Gloss Media are amongst the companies creating dramatic, interactive window displays for the London Festival of Architecture 2010.

Gloss’s commercials director Simon Burrill has teamed up with The Hospital Club’s “creatives in residence” House of Jonn, “visual artist in residence” Alex Shepherd and aberrant architecture to create an installation for Selfridges’ window display. 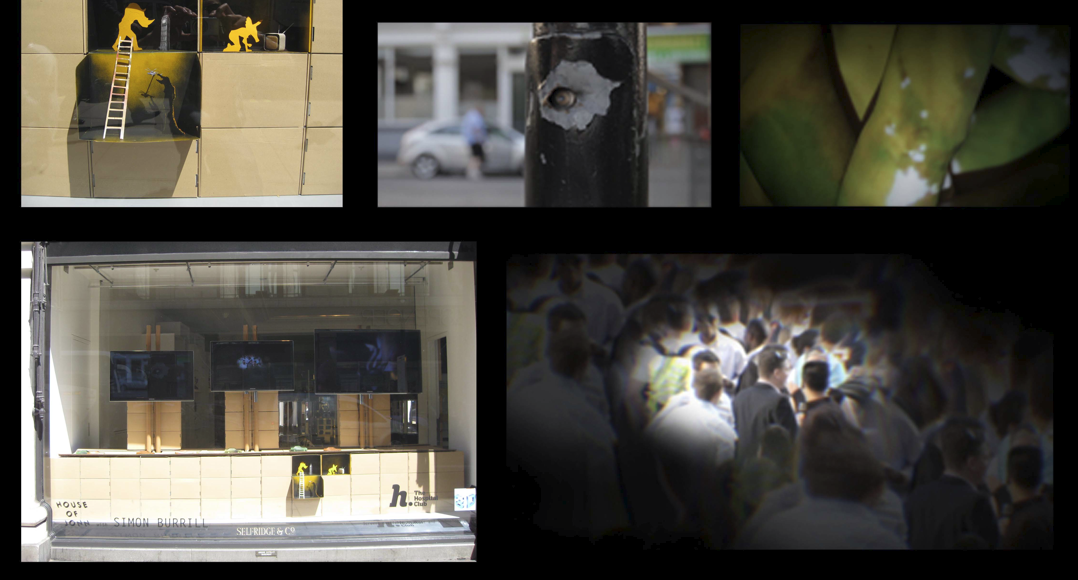 The installation, Welcome To Your City, is based around conversations with members of the public giving their take on London, each of which is “turned into customised shoebox housing units.”

These “micro-homes” are placed together in the window to create a model city that grows throughout the two-week residency, as more and more interviews are shot. The footage in the windows is a mix of lo-fi phone video clips and a performance-based studio shoot.

MPC’s installation, Urban Prairie, which has been created by its digital department along with architecture firm in square lab, also centres on public interaction. The ambitious project sees MPC’s window turned into a virtual prairie, covered in a “sea of grass” that sways in the breeze. Images on 42” screens set behind the ‘real’ grass further intensify the visual effect of the prairie.

The movement of the grass is controlled by the speed and location of passers by. Optical sensors and something called arduino boards capture the movements of people walking past the window, which are then translated into kinetic responses via a series of servos, creating the effect of a swaying sea of grass.

The wind effect then travels to the grass on the large screens before eventually fading off into the horizon.