The London Film Festival has built a reputation for promoting diversity in the film industry.

Last year, it made a splash by shining a light on films made by and starring women, opening with Suffragette and including galas for features such as Brooklyn and Carol.

This year, the big talking point at the London Film Festival is films made by and starring black talent. They take a prominent place among the 246 features from 74 countries that will unspool over the course of the 12 day event (5-16 October).

So the opening night film is Amma Asante’s Belle follow-up, A United Kingdom, a true interracial love story about the King of Bechuanaland (modern Botswana) and Ruth Williams, the London office worker he married in 1948 in the face of fierce opposition from their families and the government at the time.

Festival director Clare Stewart describes the film as “really powerfully directed and beautifully elegant – it is fantastic to see Amma going from strength to strength as a director.”

The star of A United Kingdom, David Oyelowo, also takes the lead in gala film Queen of Katwe (below). Directed by Mira Nair, it’s the true and empowering story of a young Ugandan chess champion from an impoverished township in Kampala. 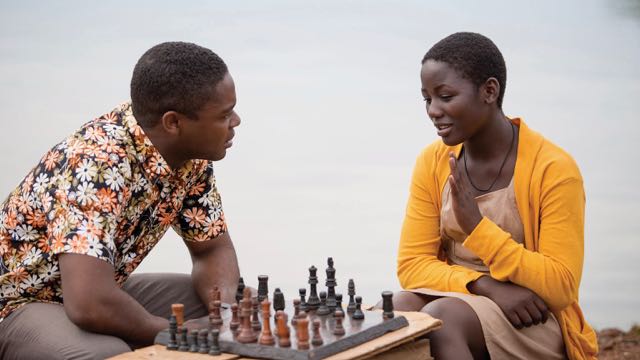 Stewart also picks out other “really strong films” in the headline gala and competition sections that illuminate the BAME talking point – including Nate Parker’s slave revolt biopic The Birth of a Nation; Spike Lee’s hip hop musical Chi-Raq (below); Ava DuVernay’s documentary feature The 13th, about the disproportionate incarceration rates for black men in the US; and Barry Jenkins’ coming of age film Moonlight. 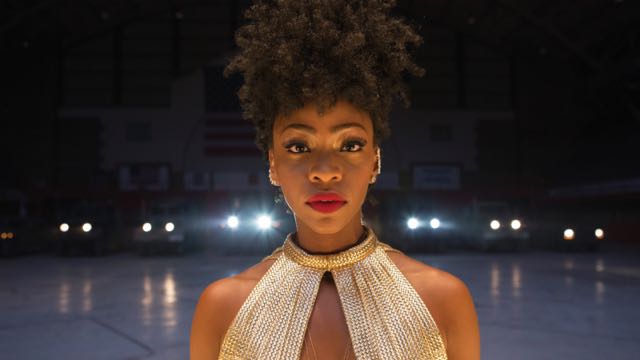 This focus comes as the British film industry grapples with the under-representation of BAME talent in front of and behind the camera. Creative Skillset’s most recent employment census, for example, showed that BAME employment in film production stood at just 3%, despite people from BAME groups now representing 13% of the UK population.

The issue came to a head during the #OscarsSoWhite controversy ahead of the 2016 Academy Awards.

Before that, though, the BFI had make efforts to tackle the issue. Last year it rolled out its Three Ticks model – now renamed the BFI Diversity Standards – to ensure film productions backed by the BFI Film Fund reflected the diversity of the UK.

The Festival’s headline industry event – the Black Star Symposium – will explore why opportunities for black actors to shine on screen in the United States and the UK remain limited, and debate what more can be done to effect change. Speakers include Oyelowo, Asante and directors Noel Clarke, Julie Dash and Barry Jenkins.

However, Stewart acknowledges that it would be a difficult talking point to sustain if there had not been enough films at the festival from black talent to help focus the debate.

Fortunately, says Stewart, “it’s a particularly strong year for black stories making it to the screen.”