At the time of this interview, Raw TV’s founder Dimitri Doganis is ensconced at Molinare putting the finishing touches to Harley and the Davidsons, a three part drama about the founding fathers of iconic American motorcycle brand, Harley Davidson for Raw’s parent company Discovery.

But it’s not so much of a leap, says Doganis. “This is our first big US mini series but we have done one-offs in the UK” including Cyberbully starring Game of Thrones’ Maisie Williams as well as drama/doc hybrids like Blackout. “And we have a significant film slate in the wake of The Imposter [Raw’s successful theatrical doc).”

But there was still a lot to grasp, he says. “For me personally it has been a fantastic learning curve. What we did of course was find and partner with really great experienced people to make sure that learning curve wasn’t at the expense of the project itself.”

Whether it’s factual or drama or something in between “story is story,” he says. “What was the most powerful thing abou t the experience for me was that sense in which everything comes down to the strength of the story and the strength of the characters.”

Big budget drama, says Doganis, is just the next logical step for the now 15 year old company that was acquired by Discovery back in 2014. “Bart [Layton, Raw’s co founder] and I had always wanted to do it. We both come from factual and documentary backgrounds but that has never been the limit of our ambition.” And he says, a lot of Raw’s factual output is inspired by film. “We’ve take a lot of those ambitions and those sensibilities and applied it to factual storytelling.” Locked Up Abroad and The Imposter are examples. “It doesn’t feel like a leap into the unknown. It feels like the next step on a continuous journey and one which feels very natural.” 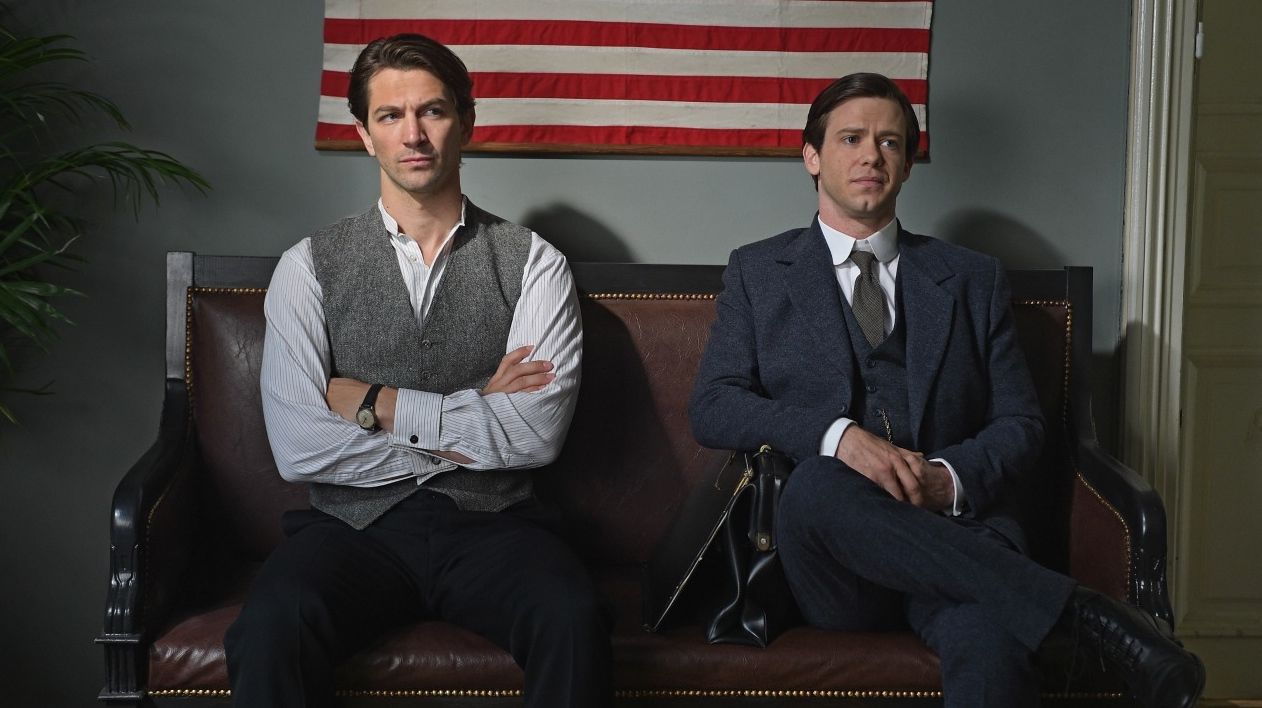 And inevitable given the huge wealth of stuff in the development bank. “Many of the projects we’re developing in the scripted space are based on true stories. After The Imposter we realised we had this huge repository of fantastic stories many of which been developed as possible factual programmes that could work in the scripted space. It has felt like a continuum of ideas generation and creative thought that really goes back to our very early days.”

And blurring the boundaries of genre is what Raw has always done, he says “We’ve always tried to ignore the artificial boundaries between genre” because “innovation comes from taking either people or methods from one discipline and applying them to another.”

The success of the company has come from resolutely following its creative rather than commercial nose, says Doganis. “Bart and I have never believed that you chase the money. We believe if you do good work the money should chase you. It’s almost a mental jujitsu you have to do. Running a production company requires you to live with financial risk as an ambient hum. We have always taken refuge in the notion that if you do great work there will be a way in which you can make a living from that. We have never done a project because we thought it would make us money.”

Even Gold Rush, now on episode 137 and counting, started as a way to tell the story of the death of the American dream after the financial meltdown of 2008, he says. “It grew in to something else because of the way we told the story but it didn’t start with ‘hey we should have a long running American reality TV series that would finance other things.’”

Risk is essential for success, says Doganis “partly because you never know where the next long running series is going to come from. You have to keep trying new things and taking risks otherwise you’re just rehashing old things. I’m not remotely interested in rehashing things other people have done before.”

And that means following the instincts of Raw’s staff rather than calculating what the market wants. “Trying to second guess broadcasters has not been a particularly good development strategy for us. What’s been more productive is finding stories we are passionate about and finding characters we are fascinated by. We can be a bit unworldly in that way.”

That’s despite Raw being part of a very large business since its acquisition by Discovery two years ago. But the Discovery deal has been a big positive says Doganis. Not least in aiding its move into drama. “They have trusted us with big projects like Harley and the Davidsons. They have been fantastic in being encouraging of our scripted ambitions” and importantly “The deal was shaped in a way that wasn’t driven by our profit margins, it was driven by the success of the shows we made and it enabled us to keep doing the thing we’d been doing since we set up which was to try to tell great stories about characters that feel relevant to an audience.”

CV
Doganis started out in 24-hour TV news, as a producer and cameraman, going on to make current affairs shows and docs as a freelance producer and director for the BBC, C4 and C5. He set up Raw in 2001 with a small development deal from Channel 4. Initially he continued to direct docs alongside running the company but since 2004 he has concentrated on running Raw and exec-ing on much of Raw’s output including producing theatrical doc The Imposter. Raw’s shows include Banged Up Abroad, Race for the Whitehouse, Goldrush, Cyberbully and Blackout