Panasonic has released a Digital SLR – the AG-AF101 – pitched at the Canon 5D/7D market but with enhancements over these models to better suit producers’ needs, says European product manager, Rob Tarrent.
“We looked at the growth of DSLRs and decided to enter this market. We designed the camera after talking to videographers to find out what their ideal camera would be,” he says. So Panasonic’s DSLR has a headphone socket and “proper SDI and HDMI connections,” says Tarrent.

According to Tarrent, the AG-AF101 (main picture) records “12-hours of footage, not 12-minutes”, has detachable lenses, “proper video and audio” and a “wonderfully shallow depth of field”. Certainly, the beautifully detailed images on the reel Panasonic showed on its stand backed up Tarrent’s enthusiasm.

The camera costs €4,900 and will be available in December. Panasonic is currently taking orders for the model. 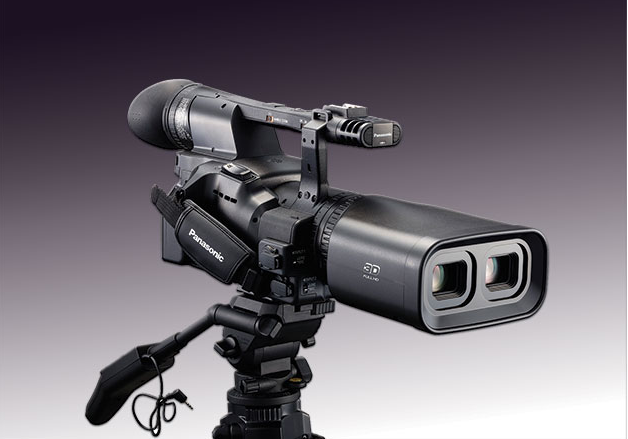 Panasonic’s (presently unique) dual-lens stereo 3d camera, the AG-3DA1 (pictured above), which was showcased at NAB, is now shipping, says Tarrent. It costs €18,700 and Pansonic has already sold 150 of the cameras in Europe, and 800 worldwide.

Tarrent adds that Panasonic has received “extreme interest” in the camera at IBC and has taken lots of orders. However, despite the interest, Tarrent says the wait for orders taken now “isn’t months” and that it can fulfill new orders relatively quickly.

The camera has undergone a number of performance tweaks since a working unit was shown at NAB. Panasonic sent out different variations of the camera to users and asked them for feedback on the pros and cons of each model. These comments have been used to further enhance the functionality of the shipping model.

Panasonic says the bulk of orders have come from production, with some from broadcasters and the medical/education market. Tarrent explains the camera’s interaxial is fixed to roughly the same distance as the human eye, which impacts on the distance from the subject you can film and still capture comfortable looking stereoscopic footage – you can get away with filming from between three and 30 metres from the subject. 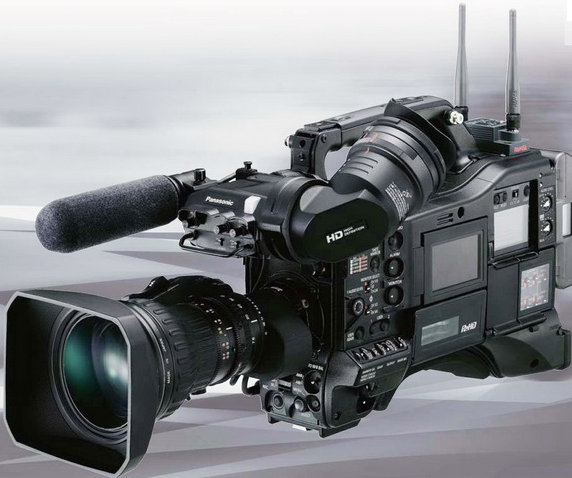 With all its focus on DSLR and 3d, Tarrent was keen to stress the company hasn’t forgotten about P2. It’s just added another P2 model – the AJ-HPX3100 (pictured above) – which has improved audio recording over existing models, is lightweight (at 3.9kg) and, as a result, more comfortable for shoulder-mounting.

Significantly, it also stores vastly improved proxy files, with 960×540 images (SD) and uncompressed audio, so you can cut to good quality images and best quality audio.

It can also work with a web and iPad/iPhone based app that enables meta data to be uploaded to the camera pre, during or after the shoot.