Making A Murderer film-makers Moira Demos and Laura Ricciardi recently gave a masterclass at BAFTA on the run-away international documentary hit that Netflix launched in December of 2015.

Ricciardi, a former lawyer and Demos, a documentary editor, were graduate students on Columbia University’s film programme in 2005; they had also been dating for two years. 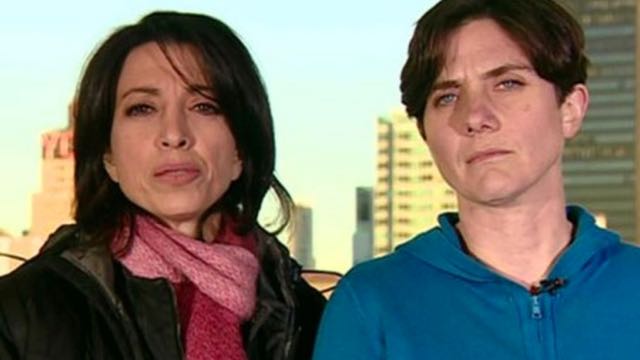 They read a story in the New York Times and decided to follow the story of Stephen Avery, who spent 18 years in prison for a crime he didn’t commit. In October 2005 two years after his exoneration and as he was filing a lawsuit against county officials for $36 million, a woman disappeared and Steven Avery was once again accused of murder.

The story gradually gathered momentum and the show morphed into a 10-parter across 10 years of on-off filming and editing. It was picked up by Netflix in its later stages and Netflix scheduled the series launch during the holiday period, so that audiences had time to watch in one go. Part one was put up on YouTube as a teaser campaign to drive Netflix subscriptions.

Here’s a list of the 10 critical elements of Demos and Ricciardi’s epic series.

1. Give the story structure.
Demos and Ricciardi agree that screen-writing is ingrained in them. Whilst the series is strictly documentary, they thought of the structure in terms of having written it and they understood how each of the main characters went on a journey. The over-arching journey was to give the viewers an experience akin to the one that they had experienced as they followed the story. The decision not to have a narrator was taken early on.

2. Pick a story and stay with it
The documentary was inspired by a newspaper cutting in 2005, which prompted Demos and Ricciardi to travel to Wisconsin with a camera. But the film was put together across 10 years. There were many dramatic, even surreal moments caught on camera, but there were also long periods of waiting. There were plenty of challenges, including the central fact that Avery was in prison throughout the shoot and there was minimal outside financing for the project for many years.

3. Make sure the stakes are big
As well as the personal jeopardy for Steven Avery and his co-accused, the series takes some massive themes, including how history gets written, the power of accusation and where accountability comes from.

4. Find a subject with plenty of conflict
The documentary is based on the history of two murders and centres on the inherently dramatic trial process. It also takes on the stories of family tensions, class tensions and the combative nature of the justice system.

5. Collaborate
Demos and Ricciardi knew that they were outsiders: two New Yorkers arriving in rural Wisconsin. They relied on collaboration with local media, family, lawyers and many others.

6. Use every source available
The series uses a wide variety of sources, including plenty of archive. It helped that there was an expansive law in Wisconsin allowing use of public footage, including interrogations by police.

7. Ask about perspectives not facts
The documentary relied on family and lawyers to speak for the accused. The many interviews that the pair recorded were focused on finding points of view, drawing out different perspectives. This also made sense when speaking with Avery as the ‘facts’ of the case were a legal no-go area.

10. Find a broadcaster who will take it to the people
Initial talks with distributors framed the story in terms of a two-hour one-off or a four-parter. But Demos and Ricciardi wanted to avoid too much slick cutting and to take a deeper dive. The first meeting with Netflix was in the spring of 2013 when they already had an outline for an eight parter and rough cuts of the first three episodes. Netflix loved it, but the ink dried on a contract only in August 2014.  Although Netflix allowed for a few weeks’ extension to the 52-week agreed final schedule, they wanted it to air in the Christmas holidays.

Here is the first episode of Making a Murderer