Cinesite completed more than 800 shots for StudioCanal and Lionsgate’s The Commuter, which hits USA theatres today. The film follows Michael (Liam Neeson), an ordinary businessman on his daily commute home who is unwittingly caught up in a criminal conspiracy that has life and death consequences. 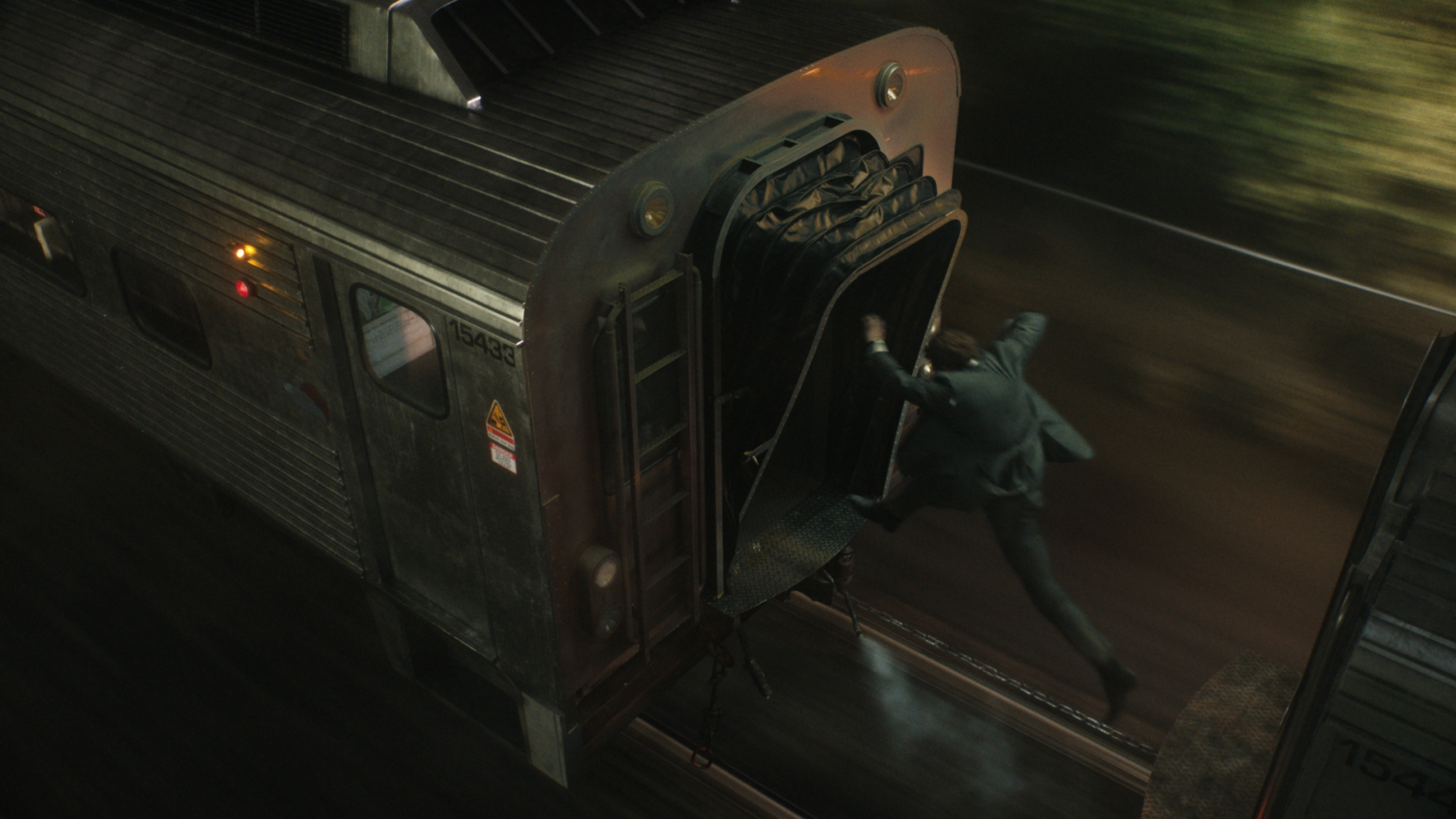 Prior to post-production Stephane Paris supported Steve Begg on-set at Pinewood and Longcross studios. He advised on lighting and filming the dressed train carriages against bluescreens carefully, ensuring reflections were minimised and screens were secure to allow creative freedom to Collet-Serra when it came to working with Cinesite’s VFX teams. “It was great to have such close interaction with Steve and Jaume directly,” says Stephane Paris. “We were very artistically involved, and it was satisfying for the artists to contribute so much to the overall look of the action.” 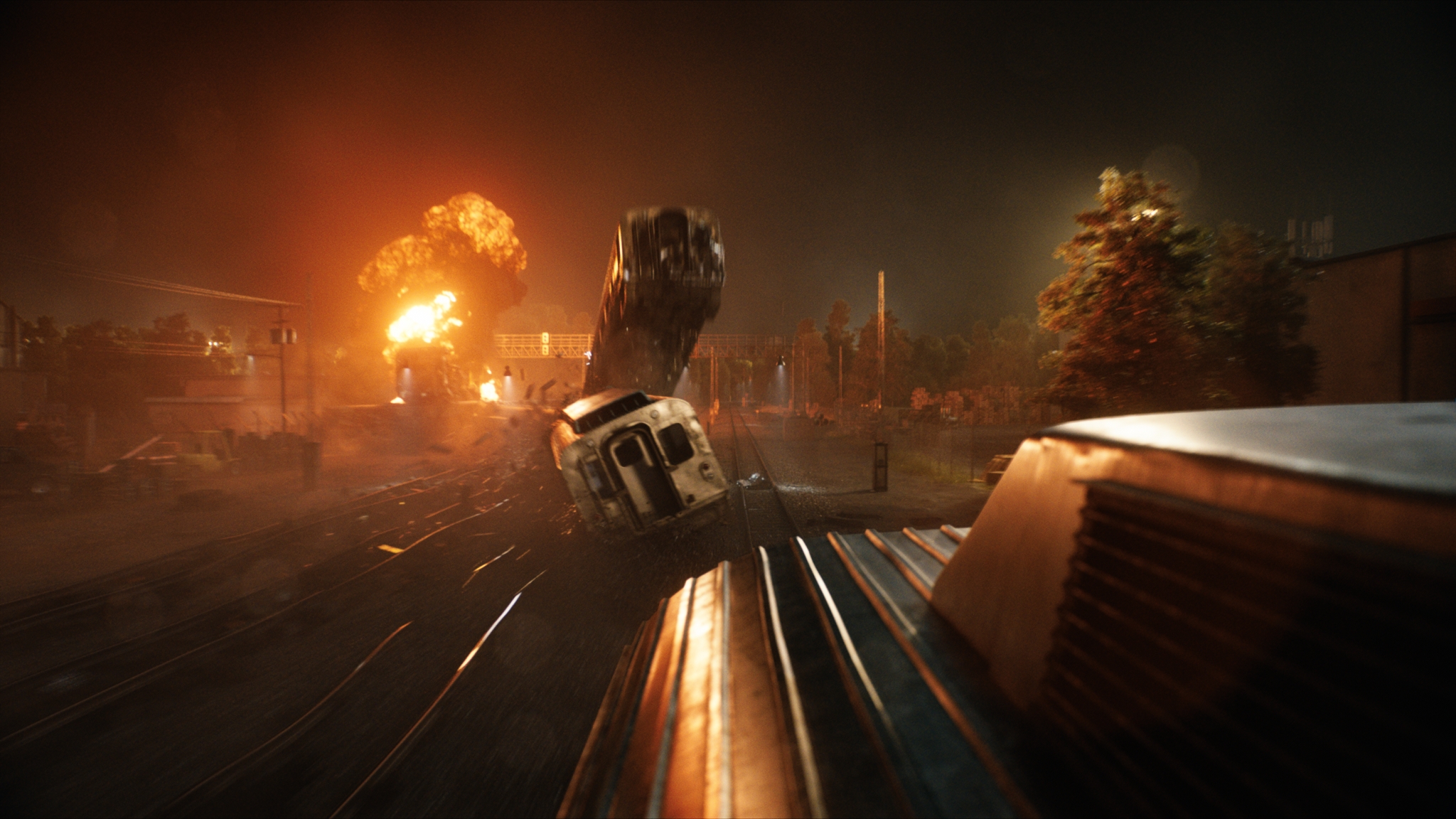 The teams created train additions and set extensions for daylight environment shots; FX for bomb explosions, stitched multiple fight scene plates together into a single take, supported stunt work with digital doubles and created full CG environments in place of the physical underground location and Beacon yard where the CG train crash at the film’s climax takes place. “The crash was very important in the film,” Paris explains.  “It had to be understandable as well as graphic and realistic, so the audience could easily follow the action and understand the immediate danger the passengers are in.  We were faced with the challenge of having no physical location so we created the entire scene in CG, matching Jaume’s vision in terms of action.” 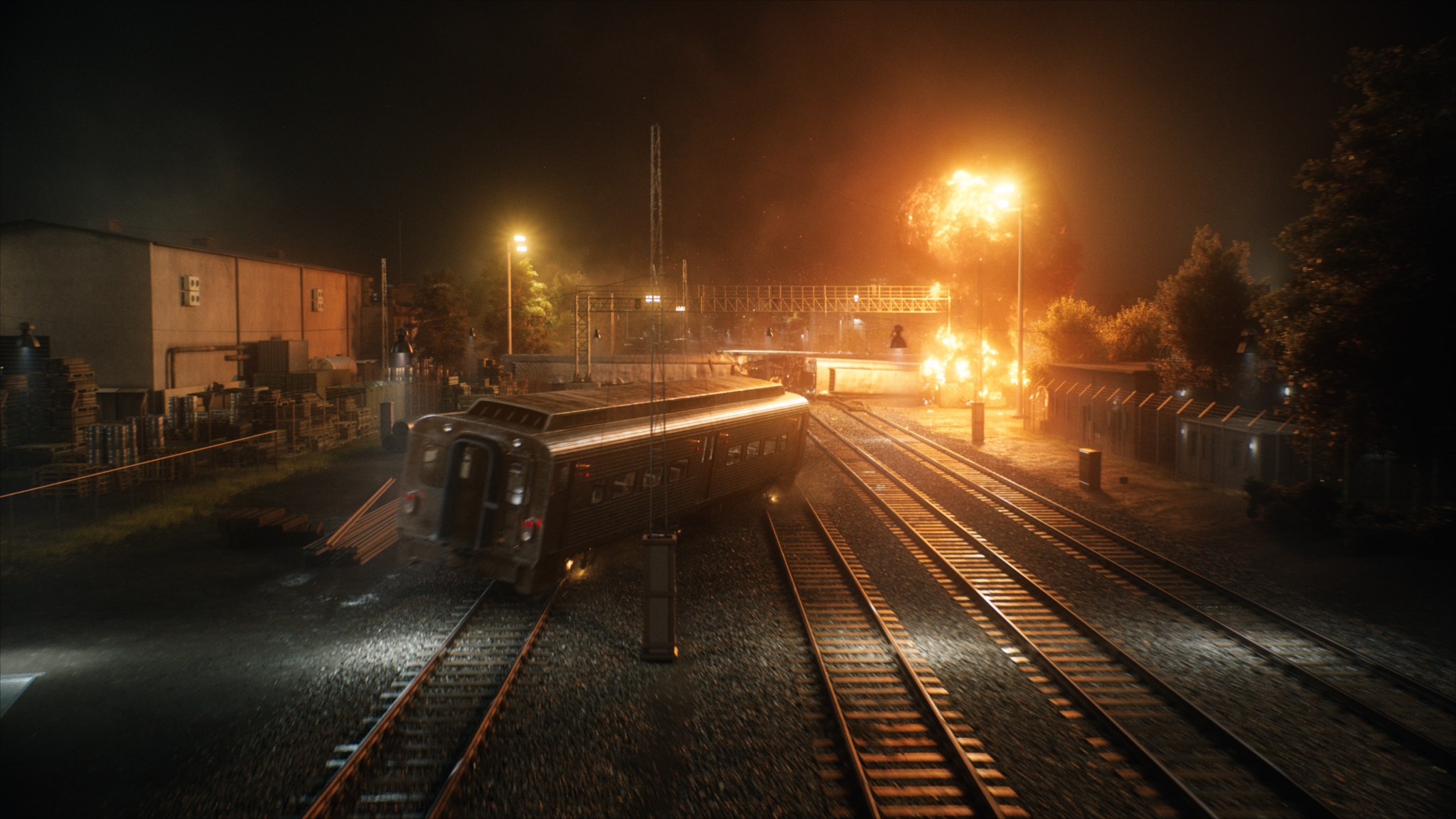 Cinesite built a 2km asset of the environment, complete with a station yard dressed with buildings, tracks, trains and general industrial content and a large curved section of track. FX were key to the crash, with flying gravel, breaking and deforming tracks, exploding sleepers, fog, dust, smoke and fire.  Houdini was mainly used, with some Maya for falling pieces of train.  The simulated destruction of the train was also created using Houdini.  The extent of the FX was a challenge to the team, as well as ensuring that continuity was maintained in the destruction elements.

Aside from the big VFX crash and fight sequences, the body of Cinesite’s work, approximately 400 shots were daylight environments of the moving train exterior.  Reflections and lighting shots with the actors often did not match the selected exterior environments, which required clean-up and extensive keying; sometimes toning down the live action was required, whereas at other times it was necessary for the artists to add additional lighting. Cinesite also supported Jaume with the opening credits, conveying the daily monotony of Michael’s commute with multiple repetitions of his journey from Tarrytown to Grand Central Terminal by combining digital matte painting using camera projection with geometry to create the Tarrytown environment, including station, carpark and surrounding houses and the time lapse scene in the iconic terminal.