How HIJACK’s flexible and adaptable model offers a holistic, modern and efficient workflow at all stages of production

Working closely with the Amazon team, HIJACK brought together the worlds of production and post within one centrally managed workflow for Amazon Prime Video’s Jungle.

Amazon Prime’s Jungle is a layered story from the perspectives of multiple protagonists.

HIJACK worked with Amazon to create a detailed workflow plan and created LUTs ahead of the shoot. Looks were applied onset to the offline files along with colour adjustments. Daily backups of camera rushes were uploaded to an AWS S3 bucket, which were all immediately accessible to the edit and post team from the cloud. To enable a smoother workflow, HIJACK completed the VFX pulls and delivered them along with EDLs.

HIJACK was already working on the audio ahead of editorial delivery further supporting a fast turnaround. They worked closely with their neighbours at Fonic who provided ADR and Foley. HIJACK delivered the dialogue edit, sound design, sound supervision and final mix with Rich Simpson in-house to bring the project together.

“The HIJACK team took full responsibility for the workflow from pre-production through to the final audio mix and masters. With HIJACK’s constant support, we could focus on the creative, knowing we were in safe hands. They were dedicated, efficient and their response to feedback was brilliant. They really are in a different class from their peers.” Kurban Kassam, Producer, Jungle Season 1 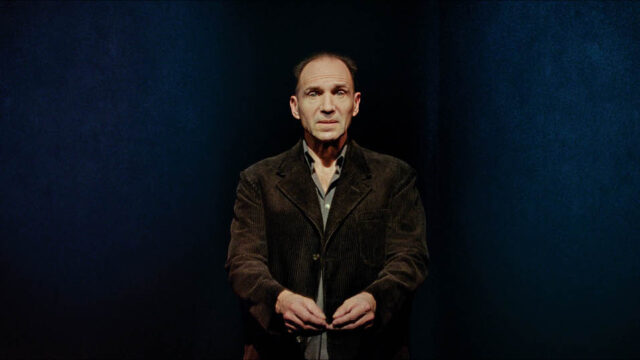 HIJACK was tasked with the end-to-end workflow supervision and fulfilment for Four Quartets by Director Sophie Fiennes, with full post and all deliverables completed at HIJACK’s East London post house.

The BBC’s Four Quartets is a powerful dramatic reading of TS Eliot’s famous poems performed by Ralph Fiennes. The film takes place within the confines of a theatrical stage with minimal lighting and set design.

Sophie Fiennes’ film has a spartan colour palette with a naturalistic and unforced overall look within both the theatrical interior and the accompanying rural and coastal location shots. This is matched by a thoughtful and subtle soundscape where the crisply recorded dialogue always remains at the forefront. The result is evocative of a timeless English past in keeping with the poetry and the reading.

HIJACK’s Technical Director Alex Seery explains the team provided full workflow support during the editing process including preparation and delivery of EDLs for Cinelab (to scan the film and return to HIJACK) and AAF audio files for Pro Tools.

On receiving the film scan, the HIJACK team conformed the media and removed film specks and visible artefacts. Alex then colour graded the final film working alongside Sophie and DOP Mike Eley BSC.

The ADR was recorded with Ralph Fiennes by Gavin Winterborn in the HIJACK audio suite and dubbing mixer Philippe Ciompi later orchestrated the final mix. HIJACK mastered and QC’d the picture deliverables for the BBC and international distributors.

“HIJACK is my go-to London post production home, impeccable on the technical side, but also trusted creative collaborators. The team is energetic and adaptable, making it possible for the director to explore and realise new thoughts and decisions as they bubble up.” Sophie Fiennes, Director, Four Quartets