Several recent shows hint at a fresh direction for factual entertainment and features. But can they deliver the next big turn of the wheel for the genre?

Authenticity. If there is one buzzword doing the rounds among TV producers when describing the key characteristics of successful new factual shows, this is the one.

The Island, Walking the Nile, Eat Well for Less and Our Guy in India are all cited as some of the most talked about new programmes in the genre – ones that may hint at new directions just as rig shows like Gogglebox or Educating Yorkshire did a few years ago.

In each case, the premise of the show is relatively simple, but very well executed. Any formatting is worn lightly, with very little producer intervention to raise the stakes.

“The one word that sticks out at the moment is authenticity,” says Andrew Mackenzie, chief creative officer at Twofour Group (Educating the East End, The Jump). “The things that aren’t working are when TV producers stick their oar in to make a horrible format.”

The premise of The Island, for example, was simple. Bear Grylls drops 13 men on a remote, uninhabited Pacific island for a month to see if they can survive. Beyond this clever top line, it was almost formless underneath – allowed to play out like a very real experiment. For much of the time, very little happened. To viewers, it felt real and authentic. 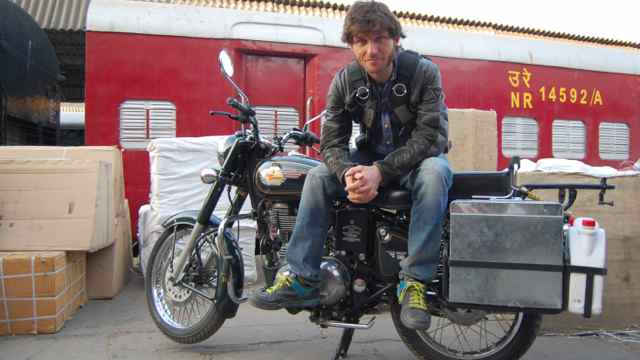 Our Guy in India and Walking the Nile, meanwhile, were almost like detective stories. Passionate, expert talent, in the form Guy Martin and Levinson Wood, explored India or the Nile naturally, in depth and in their own time on camera. They experienced and learnt from their environment, and conveyed this to the viewers.   Over 2m tuned in to watch Walking the Nile – a remarkable feat for a factual series about a man walking through large, empty swathes of the Sudan. “It felt very real, sweaty, dirty, thirsty and horrible,” says Patrick Holland md of Boundless (The Apprentice, Grand Designs), rather than a “rubbishy con where everything was over-egged all the time.”

Holland says audiences want to watch original, authentic experiences – rather than tightly formatted, ‘fish out of water’ shows that claim to transform participants’ lives in a cursory week long shoot.   Viewers want more than formatted TV’s obvious narrative arcs, transformations and resolutions. “The audience has got wise to the empty lies of transformation,” he says. 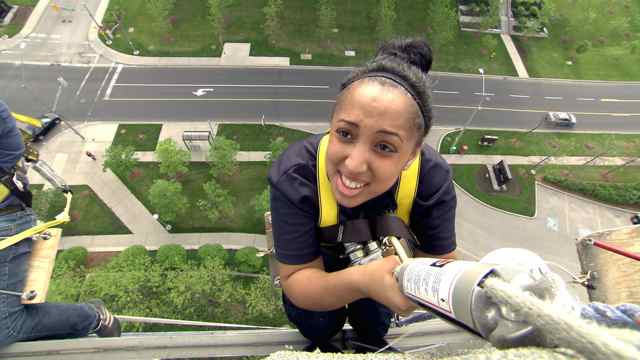 Boundless recently made BBC3’s World’s Toughest Jobs, which followed hard-up young Brits find well paid employment in some of the world’s hardest jobs. Each episode was filmed over a month, and the experiences of the participants could – financially at least – have a tangible impact on their lives. The format, says Holland, was merely a framework from which to follow their story in an ob doc style. “Absolutely central to it is that these are real jobs, they get paid real money. The audience doesn’t just think it is a bit of telly putting people over predictable hurdles.”

“The push for authenticity is the key driver at the moment,” confirms Jess Fowle, creative director at True North (Building the Dream, Animal SOS). However, she adds that ‘format’ isn’t quite the dirty word that it was a few years ago. But it has to be worn lightly and sit around the outside of the show, while everything within feels real and unmediated.   Viewers, she says, want to be immersed in the subject rather than the rules of the format. “People don’t want to be watching a show and thinking, ‘Now we’re coming up for the ad break so this is where X has to happen’. They want to watch for brilliant characters rather than the rules of the game. People don’t want to be told what to do.”

This ties in to another key trend in factual TV, says Fowle – the move away from the expert telling people what to do. It’s no longer enough for presenters to be filmed walking up someone’s garden path, knocking on their door and to start wagging their finger.

“There’s less talk about know-it-all TV,” confirms Neil Smith, creative director at Betty (Bear Grylls: Mission Survive, The Undateables). He says there is still a demand for experts to front shows, but the experts have to go on a journey – and to extend their own knowledge through their experiences.   The popularity of Guy Martin’s shows is a perfect example of this, says Smith. “Expertise is still very important. But we want our experts to stop telling us what to do. We want to learn something with them.”

Presenter and producer Henry Cole (The Motorbike Show, World’s Greatest Motorbike Rides) of HCA Productions in many ways sums up this trend for the expert to go on an authentic journey.   Cole, who also runs a business making custom-made British motorbikes in Oxfordshire, has journeyed around the world for his Travel Channel series The World’s Greatest Motorbike Rides.   Cole says audience demand for authenticity means that presenters really have to be seen to be living the experience, often at considerable risk to themselves. “An element of danger is now an imperative,” he says.   Presenters, he adds, need to be authentic too.

Cole says audiences have to believe that a person presenting a show “is living that life and would do what he does whether the camera is on or not. There is no point in having a TV presenter who is just a TV presenter.” 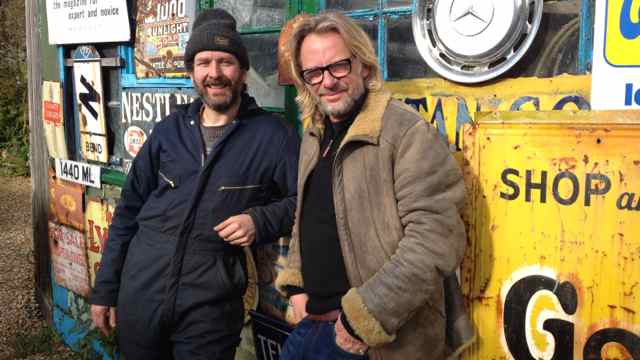 HCA is currently producing Shed and Buried for ITV4 and Travel Channel, which sees Cole and specialist helper Sam Lovegrove scour the nations sheds to find, buy, restore and sell on old cars and bikes. Tellingly, Cole is risking his own money, rather than any production budget, to trade the cars and bikes – proving very directly that the demand for authenticity now extends to financial as well as physical input too.

Shed and Buried is one of a host of new shows coming to air that are aimed at a male-skewing audience. “There is a new audience being understood by broadcasters – the intelligent male audience,” says Cole.

Indeed, there is a sense that broadcasters are waking up to the potential of appealing to a broader male audience, which in the past might have been marginalized by traditionally female-skewing factual features shows.

Adventure shows, for example, suddenly seem to be all the rage. ITV, hit by the loss of European football rights, has been making a big push to hold on to its male audience with shows like Bear Grylls: Mission Survive. C4’s The Island and Walking the Nile are both, essentially, adventure stories.

It all goes back, says Boundless Patrick Holland, to that buzzword authenticity. “One of the reasons adventure works is because it has a rawness to it – it takes you to a place which is less filtered.”

There are other trends apparent in factual television, two of which have come together in BBC1 hit Eat Well for Less. With audiences of over 5m, it’s another of those shows that people working in factual TV are talking about. 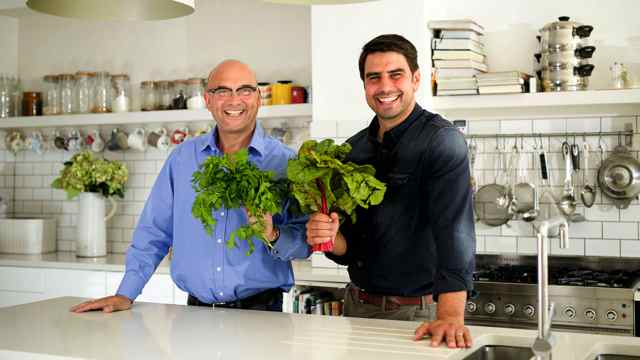 “It’s a Ronseal title,” says Tim Harcourt, creative director at Studio Lambert (Gogglebox, Undercover Boss). “And it has caught on to two zeitgeists – how to live your life and be healthy, and how to save money.“ A well made, straight down the line features show, Harcourt says it proves that “if you have a simple idea and you execute it really well, viewers will watch it.”

Studio Lambert is, of course, the home of 2013 sleeper factual hit Gogglebox. Harcourt says the company is focusing its development attention on formats and factual shows that have “more of an entertainment sensibility.” He argues the success of shows like The X Factor lies in the fact that they are entertainment and factual hybrids. Their back stories are a classic example of “amazing British documentary storytelling being stuck on to an entertainment format.”

“Now I think how can we make documentary and factual entertainment shows have a bit of an entertainment sensibility. Not just in terms of laughs and the beats, but how they are produced and how they look.”

Harcourt cites Studio Lambert’s new series Tattoo Fixers for E4, a doc in which three leading tattoo artists offer their own ideas to help fix tattoo disasters. Clients decide which artist to use, and there is a big reveal at the end of the show. “There are entertainment or factual entertainment beats on a show that to all intents and purposes looks like a great documentary,” says Harcourt.

Certainly, there is a feeling that the mainstream broadcasters need to discover the next big thing as competition from multichannel and video on demand players increases. “It’s a massive challenge for producers and broadcasters to deliver the next turn of the wheel. The last one was the rig show,” says Twofour’s Andrew Mackenzie. “Something will come in the next twelve months that will do it – it is desperately needed.”