A spate of major anniversaries, the ongoing popularity of ‘list’ shows, as well as the rise of clip-based docs like Senna, have helped to buoy the archive sector. Tim Dams reports on the business of content libraries

Archive libraries are busy preparing for the next wave of anniversaries about to hit TV screens. The 100th anniversary of the 1st World War, particularly last month’s centenary of the Battle of the Somme, has led to strong business for many historical libraries.

British Pathe’s general manager Alastair White says business is booming – up 25% year on year, thanks in part to a spate of big anniversaries. As well as The Somme, 2016 was also the centenary of Ireland’s Easter Rising. And there are plenty of big war anniversaries to come. America joined the 1st World War in 1917. There will also be plenty of docs to mark the end of the war in 1918. The following year, it’s time to mark the start of a new global conflict – the 80th anniversary of the 2nd World War.

Military history is also popular for Bridgeman Images – which represents collections for the likes of The National Army Museum and Imperial War Museum. Bridgeman marketing manager Annabel O’Connor-Fenton also reports a surge of interest ahead of next year’s 100th anniversary of the Russian Revolution.

It’s also the 20th anniversary of the death of Diana, Princess of Wales in August 2017 – an event sure to spur plenty of inquiries for royalty-related archive.

Royalty is a big seller for archives. Matthew Butson, vice president of Getty Images Archive says royalty has global appeal: “Whether there is a current royal event or not, we see consistent levels of sales year in year out with this type of content.” The Queen’s 90th birthday has been a peg for many royal-themed archive sales this year. 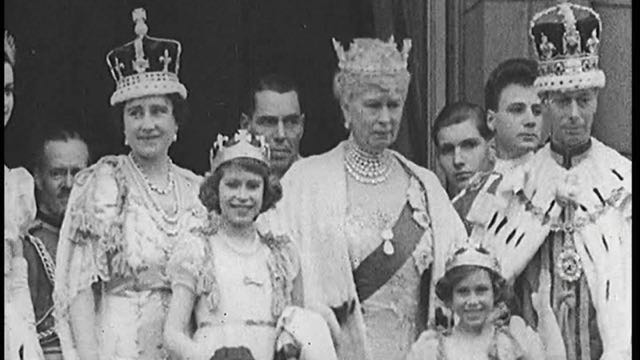 But it’s not just royalty and war that has buoyed business in 2016. ‘Even’ years are traditionally good for archives as they are when major global events tend to take place, spurring demand for old footage. Getty’s Butson cites the European Championships, and the Rio Olympics and US Presidential elections as helping to drive growth at the archive.

The US Presidential election is a particular focus for NBC Universal Archives, which houses the oldest American TV news collection. Clara Fon-Sing, NBC’s vice president and general manager says the company has been working with producers worldwide on major background documentaries that will air this election season.

This includes historical election footage since 1948, rare clips of Donald Trump from the 70s, Hillary Clinton’s iconic soundbites over the years or a look back at Obama’s presidency.

Getty’s strategy is to curate its content – packaging it and pushing it into the market – especially around topical and newsworthy themes. “There are always a wide number of annual ‘evergreens’ we can use to package historical content – the Academy Awards, Cannes, Wimbledon etc. and with the world celebrity obsession, any number of ways we can curate celebrity content,” says Butson.

It’s not just anniversaries that are helping to drive the archive market.  Archives now have a much wider client base to sell to given the rise of digital platforms and online players – and video consumption generally.

Gordon Craig is head of sales at FremantleMedia Archive, which has up to 100,000 hours of content, housing Thames TV’s news, docs and chat show archive, through to US game shows like The Price is Right and Family Feud.

Craig says that TV list shows are still the bread and butter of the archive. He also reports a surge in interest from feature documentaries too, with the archive docs such as Senna reinvigorating the genre.

It’s a point echoed by British Pathe’s White. He says there are key new doc commissioners, including Netflix, Amazon and Sky. “They have upped the game for everyone,” says White. “Big standout feature docs that can go on all platforms are very much in fashion.” White adds that hit archive docs such as Netflix’s Making A Murderer have had a ‘transformational effect’ on the industry. “It has set a trend and others are following in its wake.”

It is tougher for archives to sell into ad agencies. “Your average creative director wants to go and shoot material and will not want to merely sit in a post suite and play around with some dusty content from the 1970s,” says Paul Maidment, director of Kite Media Consultancy and former director of BBC Motion Gallery.

The big libraries often have ‘sweetheart’ deals with ad agency groups. Some of the new ‘disruptive’ content companies have had success in this field, says Maidment. “A client of mine Brave Bison [formerly Rightster] licenced some fairly straight forward natural history content for a big campaign for Dairy Milk chocolate.”

Education, adds Maidment, is seen as a huge area for video content. Archives such as ITN, BBC and NBC have specialist standalone businesses offering content and news stories to schools and universities. Specialist education businesses – such as Bo Clips and Twig – have also sprung up in the past five years. “The challenge with education content is that it is a real slog and very difficult to get to the decision makers in the ministries of Education in, for example, the Middle East and Asia, where the real money sits.”

Technology has also helped breath new life into archives, with key collections  digitised and easier to access online. Some have also loaded their archive onto dedicated YouTube channels, to boost the visibility of their library. FremantleMedia, for example, runs a Thames TV YouTube channel, where it loads up hand-picked clips to promote. Associated Press also has an active presence on YouTube.

Meanwhile, the archive market is consolidating. Getty Images, the world’s largest commercial picture library, struck a deal in January with its main rival Corbis to distribute and licence the Corbis library. Getty has also been licencing the BBC’s content for the past two and a half years.

Kite Media’s Maidment says: “The big positive with the likes of Getty is that they have a fantastic network of sales people and your content will get maximum exposure. The downside is that content goes into a vast repository – potentially never to be seen again, let alone licenced.”

Maidment says there is still a place for niche libraries offering a dedicated, boutique-style service. He cites Firehorse in Lebanon which positions itself as a one-stop shop for Middle Eastern video content.
The landscape is changing rapidly for all libraries, made all the more complex by the fact that barriers to entry are lower for companies wanting to sell library content.

Many indies are reviewing their assets to see whether they might enable new revenue streams. To do this, says Maidment, it’s essential for content to be digitised and, most importantly, for the metadata to be rich and accurate. Companies can either manage sales themselves or partner with libraries such as Getty, Shutterstock or Pond5.