Katie Elmes, Development Executive at Arrow Pictures, on the reasons for the recent rise in demand contemporary history shows. 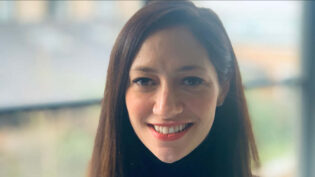 Historians love a Golden Age – from the reign of Elizabeth 1st to the Industrial Revolution. But now, history itself, at least on television, is revelling in its very own heyday, in a growing celebration of contemporary history.

Be it Channel Four’s Jade: The Reality Star Who Changed Britain or the BBC’s Once Upon a Time in Iraq – today’s audience has never been hungrier to explore our recent past in innovative and surprising ways. But what set off this new golden age? And how can we best feed what appears to be an insatiable appetite for premium non-fiction?

When I first started my career in history programming in the mid-noughties, the TV offering wasn’t all that different to what I had received in the lecture hall as a History undergraduate. The schedules were tent-poled with commanding, authored pieces from the likes of David Starkey and Simon Schama. But in recent years, a more immersive approach leveraging ingenious entry points has emerged. Viewers and critics alike have lauded projects like Netflix’s Five Came Back which looked at World War II from a different vantage point; and the BBC’s Gun No 6, tackling modern gun crime from an unexpected angle.

Hollywood has always rifled through history for the best stories – truth is stranger than fiction after all. Yet there seems to be a growing confidence in taking deep dives into particularly obscure chapters in history. The Favourite turned the little-known reign of an 18th century British Queen into a multi award-winning box-office smash. While TV commissioners have raised the bar on the scale and budget of their historical dramas, from Netflix’s The Crown to Sky’s Chernobyl.

These recent changes in approach have been supercharged by the pandemic and workings of streamers. Our global navel-gaze has seen us re-evaluate our lives and culture in an unprecedented way. Contemporary history documentaries offer a potent mix of nostalgia, hindsight and escapism and many lap up the opportunity to learn more about the way we live now by understanding past events. Streamer algorithms steer viewers to uncover more information on recently-viewed topics. As a result, for a new generation of viewers, documentaries now form a substantial part of their TV diet.

Arrow Pictures is fortunate to be able to draw on experience in high-end scripted to answer this current call for premium non-fiction. In Positive (Sky Documentaries) we explored Britain’s 40-year-battle against AIDs through the powerful testimony of the people who were there on the frontline. While I, Sniper (Channel Four) traces the shocking events of the 2002 D.C. sniper attacks via new audio testimony of shooter Lee Malvo recorded in his prison cell and incredible access to survivors and victims’ families.  Both series draw on emotionally-charged events in our recent history, events which many recall but may have not yet deeply scrutinized.

The blockbuster history of legendary royals, bloody wars and infamous disasters will always form the ever-appealing backbone of factual programming. But right now, the documentary sweet-spot is for extraordinary, relatable contemporary stories that open up our own pasts and memories in unexpected ways.