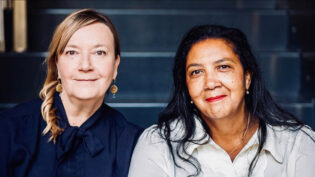 As a diverse, female led independent production company, we wanted to make a series that celebrates with style the lives, loves, tensions and transgressions of a wealthy black family in London. RICHES, is a high-end series about the family behind a hair and beauty empire who are left reeling after the death of their patriarch and CEO Stephen Richards (Hugh Quarshie). When Stephen leaves the family business to his estranged American children from his first marriage, Nina (Deborah Ayorinde) and Simon (Emmanuel Imani), it sets in motion a chain of events that will pitch both families against each other. We see his second family headed up by formidable matriarch Claudia (Sarah Niles) do everything they can to get back what they believe to be theirs. Let the games begin. 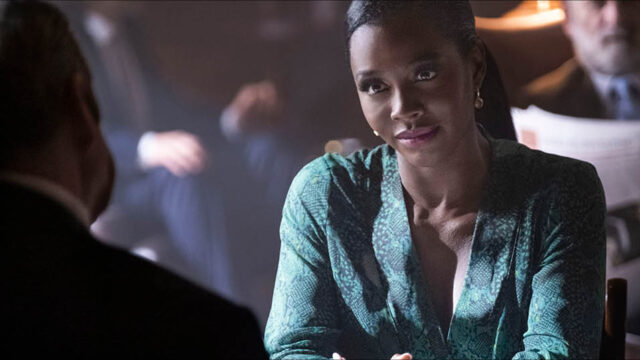 RICHES dropped on Amazon Prime on 2nd December and is airing on ITVX on 22nd December before its linear TV showing next year. It was always important to us to work with someone who shared our love of entertaining, mainstream drama and working with Abby Ajayi(Inventing Anna, How To Get Away With Murder) was a marriage made in heaven. She has honed her craft in Shondaland and when we met in Los Angeles a few years ago, she pitched to us the perfect version of the show we had always wanted to make, turned out she had also wanted to write a show in this arena and had a fully fledged pitch already. She is great at propulsive storylines and hooky endings and when you’re trying to innovate with character and content, the drama has to come first, or anything that you’re trying to say above and beyond that will be lost.

The UK is still behind the US in its portrayals of people from diverse backgrounds on screen, there is so much to explore on television here in terms of changing the narrative, and who is telling and making those stories matters when it comes to authenticity. Being a company (Greenacre Films) that is owned by two women, with one of them a black woman means that diversity has naturally been at the core of everything we do (Been So Long, Unsaid Stories). We love mainstream television and see no reason why changing the perspective of who’s telling the story should marginalise a show or make it ‘niche’ in any way. When it came to making RICHES, we knew that we wanted representation across the board. Not only Infront of the camera but behind it too. Three of our HOD’s were people of colour and all of the directors were black, we fought hard for representation in the broadest sense across the board in all departments. The crowded market place at the time of filming only served to exasperate an already well documented skills shortage in terms of diversity. And so, we found ways to add to the established trainee positions and created a new position for a drama, that of Assistant Producer, which allowed us to step up someone who had previously been working in production as a co-ordinator, to get on set production experience that next level up – Skillset helped financially with making that happen. ITV supported a trainee music supervisor and a trainee stills photographer position and Amazon UK helped us take on a shadow director, as well as a number of trainee positions in the editing and hair and makeup departments, all of these positions went to people from diverse backgrounds. Creating trainee positions that make space for new recruiting is essential if things are going to change behind camera going forward. 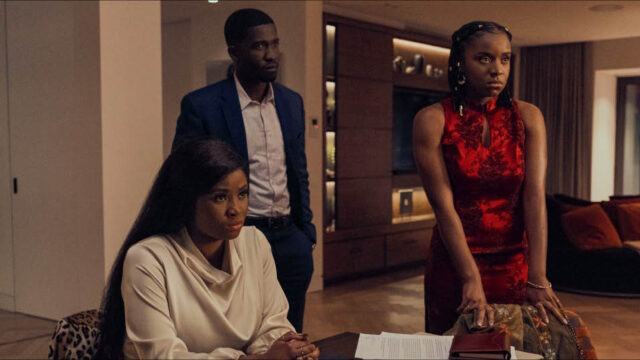 There were many challenges in bringing RICHES to the screen. Shooting during covid, dealing with Storm Eunice being just a couple. But casting at a time when only either the director or show runner could be in the room whilst we were on zoom was particularly challenging; working with Aisha Bywaters who completely understood the nuance needed in our ensemble cast of people coming from the UK, Africa, the Caribbean and America helped to make the situation easier. There was a shorthand there with Aisha and a clarity of vision in Abby’s scripts which meant the team could concentrate on getting the family dynamics right, which was fundamental to the story telling.

Warring families are an age old tradition on television from the world according to Aaron Spelling to the recent success of Succession, but the cultural specificity of a wealthy, complex Black British family makes RICHES stand out in the landscape – as familiar as the territory may be, there aren’t many shows in the UK that are made by an all-female company with diversity at its core, that’s written by a black women, directed by black directors, two of whom are women and has a predominantly black cast, these are elements that we hope bring an exciting, entertaining vibe of its own onto our screens. 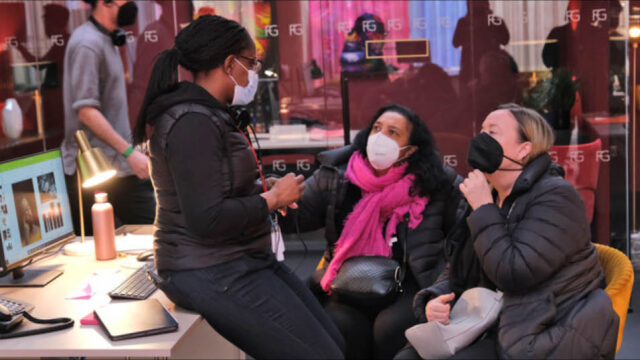