For new Netflix series, The Sandman, created by author Neil Gaiman and brought to screen with his fellow executive producers Allan Heinberg and David S. Goyer, vfx house One Of Us created over 240 shots.

The One of Us team — made up of almost 100 artists and led by VFX Supervisor James Brennan-Craddock, VFX Producer Catherine Martin and 2D Supervisor Nathan Remy — took the viewer on a supernatural journey into the realm of the Sandman, where dreams, and especially nightmares, come to life. 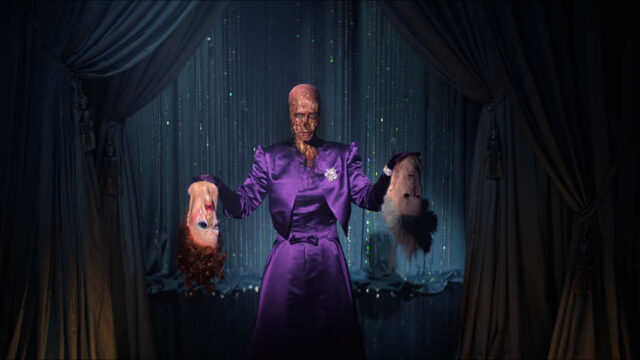 Much of the work done by One of Us for the first ten episodes of the series focussed on surreal scenarios in which the barrier between dreams and the real world is constantly breaking down. here’s how they did it.

“Keeping the balance between the fantasy of a dream and the visibility of the real world was tricky,” explains Brennan-Craddock. “The tower room ceiling sequence, for instance, was initially just going to be the ruins of a castle. The characters were in it surrounded by big stormy clouds above. We then had the smart idea of literally making the stone walls break down like a fabric of reality. So they started to react like cloth and tear and rip apart like cloth does. Therefore, we had the chance to make it look real, because at the same time we knew that was something that could never be real.”

The series is packed with viscerally gory moments, which the One of Us team embraced with relish, layering in gooey detail to amplify the impact. One example occurs when Dolly removes more than her mask, taking the cinematic Face-off to new levels.

The first season was rich with unique and challenging VFX work. Each one of the episodes portrays a completely different world. It’s like several little movies in a row. “It was very varied work,” states Martin. “There was no copy and paste, there were a lot of different creative puzzles.”

“We built an asset, which was used for only five shots and then we moved to something else,” continues Brennan-Craddock. “The only thing that we came back to semi-regularly was an interior set extension called ‘Desire Interior’, which is a big red shiny organic room.” 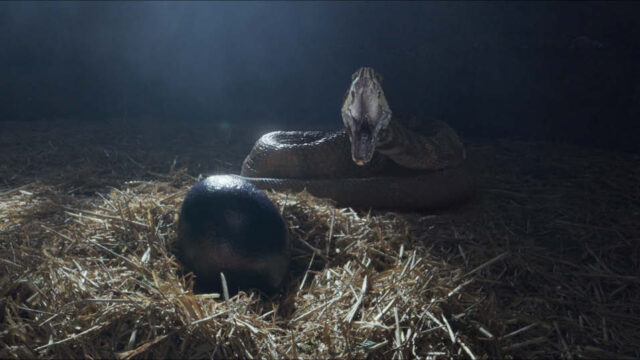 The beach sequence was probably the scene that took the longest for the comp team. It starts with this guy dreaming about being on a beach and then it quickly turns into a nightmare where he finds himself in a desert.

“It was hard to achieve full realism because of the contrasting moods the sequence goes through” explains Nathan Remy. “After much experimentation we found the right grade, and added contradictory gloomy and very sunny looks to make it feel dreamy. I think at the end everyone was very happy with the way it turned out.”

“However, whether it was a dream or not a dream the director always wanted us to make it look as real as we could,” he concludes. “This is a big thing in the series because everything looks real and the viewer should never know if it’s a dream or reality.”

Other effects created by One of Us include a snake, a feline tail, some beautiful countryside environments, a postmodern house design, and the character Corinthian – a major player, who has teeth for eyes.

“Throughout the course of the show, there were a lot of creative questions that the director wanted us to help figure out,” explains VFX Supervisor Brennan-Craddock. “There was a brief, of course, but it was very rarely an end goal. It was more ‘let’s see how it goes’ and we were given space to explore, and to take ideas to a more exciting end point.”

The Sandman is now streaming on Netflix.