For the BBC and Prime Video’s The English, Hugo Blick took the classic western and added in some 21st century sensibilities too. Jon Creamer Reports

“I  think it was Jimmy Stewart who said the Western is filmmaking at its most pure.” So says Hugo Blick, writer and director of the BBC and Prime Video’s upcoming epic take on the genre, The English.

The Western is also a form that stretches back into the history of filmmaking. And the roots of the idea for The English go back a long way too. “I was sent to Montana at eighteen as a stabilising influence,” says Blick about the genesis of the idea. While in Montana being taught the outdoors life by a family friend, he made “a hunting buddy I called Chief. He wasn’t a chief. He called me English. We were easy with this casual racism, but pretty soon I got to see it was a one-way street – with all the heavy traffic heading his way. Then one day he took off. I never knew his real name, nor he mine. I regretted that. This was a kernel for The English.”

Fast forward to 2019, and Blick was showing his script to Drama Republic executive producer Greg Brenman, “I suggested to him that given that the budget would need to be ambitious to realise this series, we were going to need a significant partner,” says Brenman. “And for that significant partner to come on board, I suggested we try to get some major talent attached.”

Piers Wenger, then head of BBC Drama, and Blick’s first port of call for a commission, had also given him “the gentle challenge of attaching a star of a calibre to match its ambitions,” says Blick. 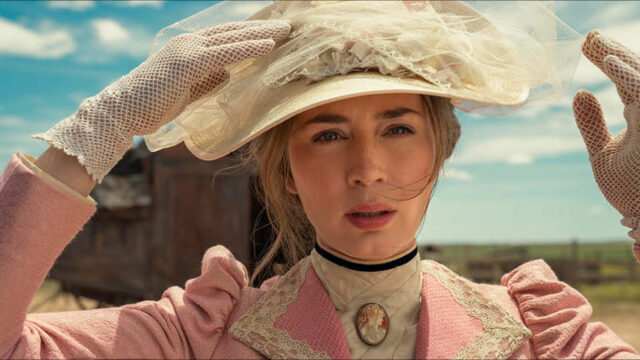 That next step was surprisingly quick.

“I’d written with Emily Blunt in mind and sent it to her,” says Blick. “Fortunately, she’s a quick reader and got back within a couple of days to say she was in. I like a person who takes that kind of leap, especially with 5/6ths of the story still to be written and it spoke directly to exactly the kind of character I was writing.”

Within the week, Blick flew out to New York to meet with Blunt at the New York office she shares with husband John Krasinski. After that meeting, the project moved at an even greater pace. With just a short window of opportunity open before Blunt would be immersed in her next project. Blick, Blunt and Brenman headed off on a pitching trip to LA to secure a US partner to go along with the BBC on the UK end.

But at that point, says Brenman, “No one knew about it. The only person who’d read it outside of me and Hugo was Emily.” Possible US partners were hastily sent scripts before the flight. “I said to them ‘let’s just pencil meetings and, if having read the script, you think it could be for you let’s meet and if not, let’s not.” Those answers were filtering through to Brenman on the flight to LA. “By the time we got off the plane, that journey had been a really useful filtering system, because westerns are a very strong flavour. And you either want them on your channel or you don’t.”

And some very much did, “they all loved the script. And obviously, they all loved the idea of Hugo and Emily,” says Brenman. “Our first meeting was with Amazon” and despite offers from other channels, “Amazon, as they say, boarded in the room.” 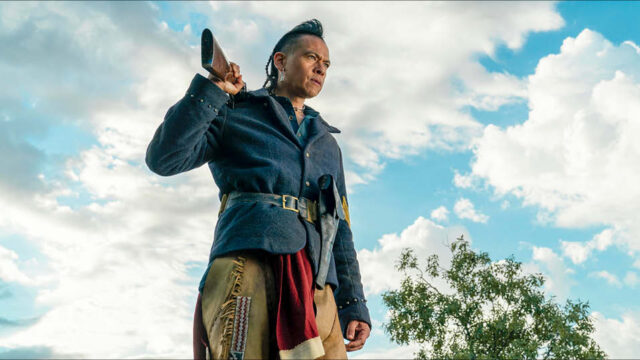 That was in June 2019. From there Blick began to build the series. But while the show pays homage to the classic Western, in both its look and many of its themes, a Western made in 2022 had to also engage with themes that were ignored in the early days of the genre, and in particular, race. Blick sent his completed scripts to IllumiNative, a Native led racial and social justice organisation. IllumiNative introduced him to representatives of the Pawnee and Cheyenne Nations “each of whom are specialists in the cultural and military history of their respective Nations”

As Blick says, “we were not making a documentary. Nonetheless, because of the leading position of Eli Whipp (played by Chaske Spencer) within the story and the many historical influences upon him, the precise nature of his fictional story had to carry the weight of historical authenticity.” And while The English is a revenge thriller and love story, “it couldn’t star a Native American playing a Native American if it didn’t engage, to some degree, with the genre’s historical relationship to race.” 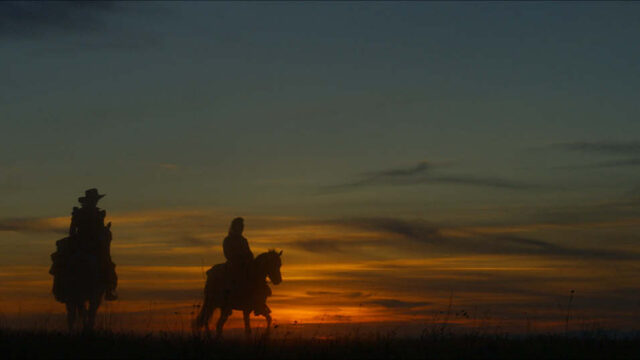 Authenticity also required the perfect location to replicate the Kansas and Wyoming setting. But where exactly to film was the next step on the agenda. “First of all, we looked at America, obviously, it’s a Western,” says producer Colin Wratten. “We looked at Santa Fe, New Mexico, we also looked at Calgary and filming in Canada as an option.”

The other obvious option was Spain. “It has a big Western filming heritage and of the three countries, Spain offered us both the physical locations we were looking for and was completely incomparable on price,” says Wratten. “Once we discovered that we could find everything we needed location-wise in Spain, then we were full steam ahead.”

“And the reality was, even though we had a pretty decent budget, that money would be better spent in Europe,” says Brenman. “And we had a very good tax deal with Spain.”

Spain also “just had the go-to people,” for a Western,” says Wratten. “Including horse-master, Hernan Ortiz and there is a great heritage of prop makers and designers” in Spain with many of the crew the sons, daughters and grandchildren of the crew of the classic Spanish set Westerns.

But The English needed a landscape different to the original Spanish Spaghetti Westerns. “Because I knew first-hand the locations we needed to replicate, I was already aware that Almeria, which has the famous Leone/Eastwood sets, would not work for this Kansas/ Wyoming set story,” says Blick. “Luckily our location scout took us to a huge beef farm in Avila outside of Madrid. With the grasses, rock formations and horizontal light, it provided a perfect mythic space for this Western.”

Finding that location “was one of the clarifying moments for us,” says Wratten, as it was “a big, wide-open space with nothing manmade, nothing modern as far as possible,” apart from wind turbines in the distance that were removed in post. “For the most part, it was unspoiled and unblemished.” 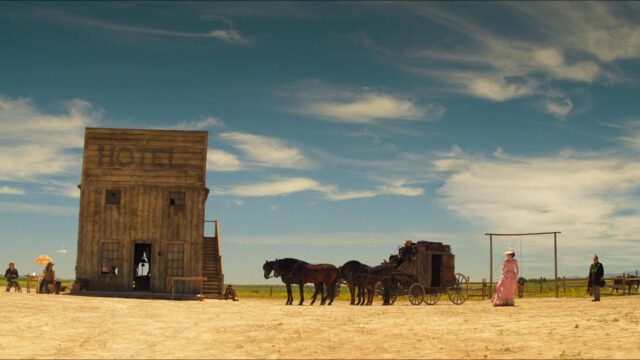 But it had its logistical difficulties – servicing a crew of around 200 in the middle of nowhere is not easy. “Then you’ve got to get to where you’re filming every day – up into the hills, the valleys, up into these rocky places” with horses in tow. A Madrid safari park, closed due to Covid, supplied four-by-four mini buses to transport crew, for instance. “Logistically, everything needed a great deal of thought and a great deal of planning in advance,” says Wratten.

But the location was perfect for capturing the classic Western look. “There’s rarely anything to see with more cinematic beauty than a mid-twentieth century Technicolor Western,” says Blick “We engaged with that. We shot 2.39:1 CinemaScope using a limited selection of Panavision Anamorphic lenses. On location, cinematographer Arnau Valls Colomer and I scheduled for the late afternoon when the dust was up and the sun low: Back-lit by sun and front-lit by heavy arc light, I found the results impressive, although it could be blinding to the actors.”

Camera positioning was also classic. “I didn’t want to move the camera, so spent a good deal of the time figuring out where best to place it so we wouldn’t have to,” says Blick. “It’s pretentious to say I picked this up off studying Kurosawa but so what, I did! And George Stevens. And Eastwood. And Anthony Mann.”

The camera chosen was the Sony Venice with Panavision Primo Anamorphic lenses. “We also use Live Grain, a software package which interacts with the light coming in through the lens of the camera that gives it a slightly more filmic feel,” says Wratten.

Covid obviously reared its head during the process. The shoot was planned for the latter part of 2020. Prep had begun but, as the British HoDs returned to the UK for Christmas “we then couldn’t get back into Spain until Easter,” says Wratten, due to further Covid restrictions.

In the end “We didn’t get in to start filming until May 21,” says Brenman. But the production managed to keep the crew together. “Amazon and BBC were fantastic editorial partners, and they needed to be. Short-termist producers would say ‘get rid of everybody and we’ll rehire a month out.’ But we’d got the best team so it would actually be more cost effective just to keep paying everybody, at slightly reduced rates, and let them really prep. And it’s probably because of that, that once we started, it was all very coordinated, because there’d been a lot of thinking.”

The delay also meant a spring/summer shoot and days of uninterrupted sunshine. “In a funny way, that did us a favour because we ended up shooting at the optimum time,” says Wratten. “If we’d have known then what we know now, we’d have planned for that all along.” 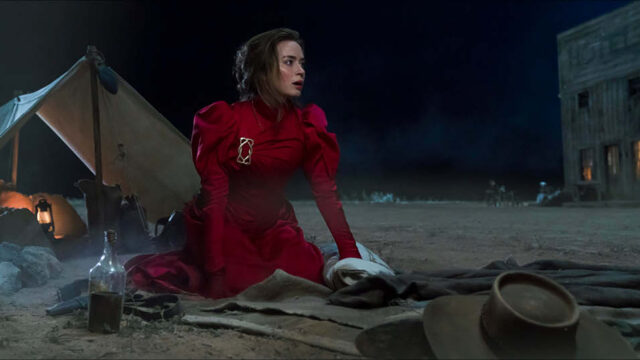