Directed by Tony Award-winning director Matthew Warchus, who also developed and directed the stage show for both London’s West End and Broadway, the film is produced by Tim Bevan and Eric Fellner for Working Title, with original music and lyrics by Tim Minchin.

Cinesite’s Simon Stanley-Clamp took the helm on Matilda (releasing UK & Ireland theatres via Sony & the internationally via Netflix) as Production VFX Supervisor and was responsible for all aspects of VFX supervision, preparation, planning, shooting, and overseeing the work of the show’s fourteen VFX suppliers, including eight post houses. 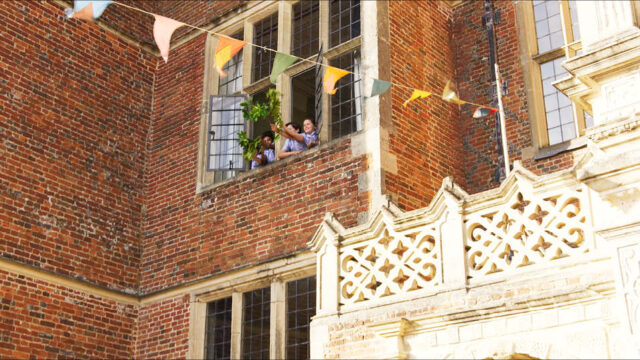 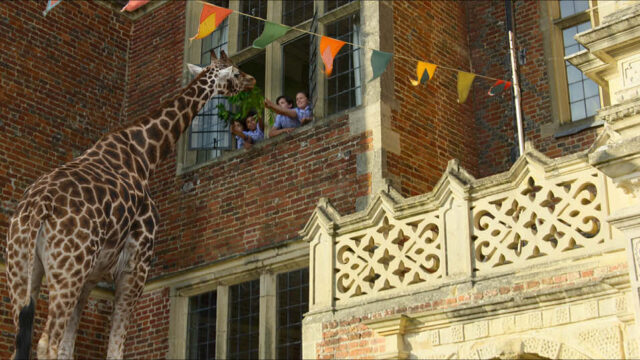 Cinesite was the lead VFX vendor on the film the studios work included epic crowds, CG creatures, pigtail-swinging action, a larger-than-life circus, an entity constructed entirely of chains, and turning 50 dancing kids into 200!

Cinesite’s most significant environment work centred around Matilda’s final act – a three-part sequence in a fairground and circus. Cinesite CG Supervisor Gee Tatchell and her team played a large part in bringing the sequence’s assets to life. “The circus interior was our largest asset across the entire show,” she explains. “Matthew, Matilda’s director, wanted the tent to appear limitless and its back wall hidden in shadow. The physical set only had the first two tiers of the audience – the rest was greenscreen – so we built out the tent’s interior and lighting, giving it a dark look and fading everything off to blackness and darkness.” 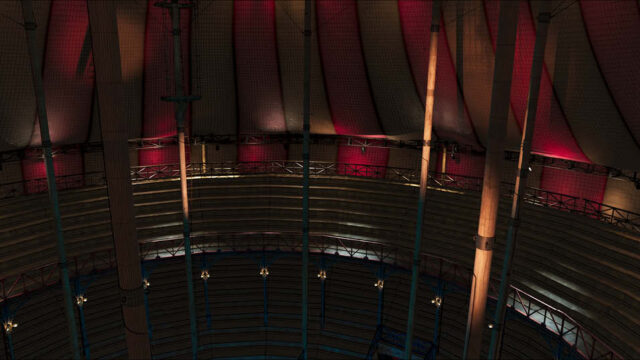 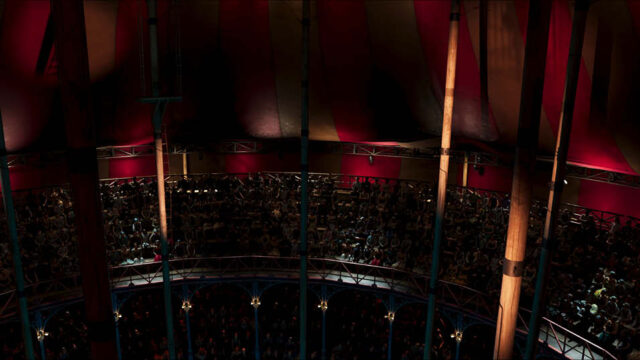 “We added a ton of other things into the sequence. For instance, we built spotlights into the scene. On set, they shot with blue or clear spotlights and floodlights; we changed the colour to orange for the final sequence. We also added sharks in the shark tank, extended the crowd, and more across 170 shots. Finally, we made sure all these separate elements played well together and that there was a natural balance between the CG work and the on-set plates. The sequence came out well!”

Cinesite also used digi-double techniques for the full-CG fairground exterior shots. “40 kids shot from 200 feet in the air by a drone doesn’t look like many people,” says Stanley-Clamp. “We added around 300 kids in uniform into the fairground to make it look busy. That’s a lot of digi-doubles!”

Matilda features a small bestiary of animals, including a lion, giraffe, crows, a butterfly, and the newt, Isaac. It was up to Cinesite to leverage its creature creations expertise.

Another CG being featured in Matilda isn’t an animal but a creature conjured up in Matilda’s imagination: a fantastical humanoid comprised almost entirely of chains, appearing in 27 shots. In one of the film’s more menacing sequences, the Chain Man takes on the guise of an escapologist and proceeds to roam around a room, throwing items. 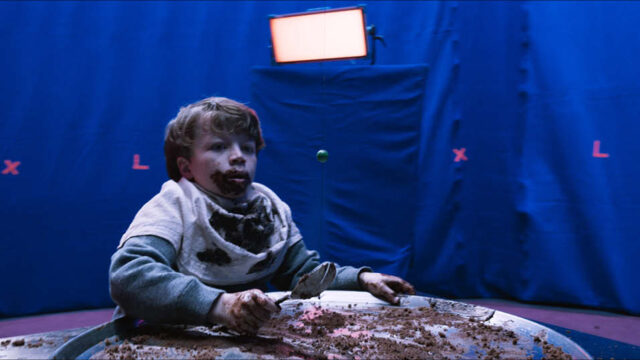 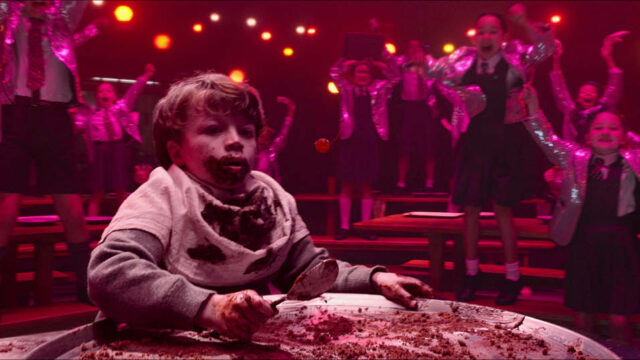 The Chain Man’s undulating chains were created using Houdini, with the simulations based on a basic skeletal frame upon which the chains hang. “When the Chain Man first appears, the audience sees the chains converging, moving into position, forming something – they just don’t know what it is until the final reveal,” says Stanley-Clamp. “We animated the character standing up and coming into position as the chains drop from him. We also added a lot of FX passes like dust, debris, and explosions, which make the sequence more impactful and give the feeling of threat.”

One of the most memorable sequences from the original Matilda movie (1996) is when Miss Trunchbull reprimands the student Amanda Thripp for wearing pigtails. To make matters worse, Miss Turnchbull picks Amanda up by those very pigtails and swings her out of the school grounds like an Olympic hammer. 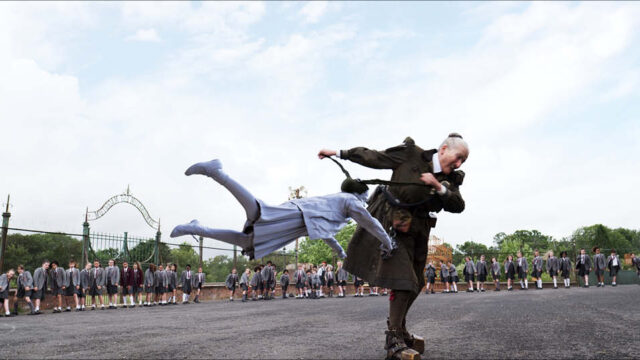 This sequence occurs again in the new Netflix adaption, with a bit of extra VFX magic from Cinesite. “When we shot the scene on the day, Emma Thompson’s double was a male hammer thrower dressed in drag as Miss Trunchbull,” says Stanley-Clamp. “Using hidden straps, the actors picked up the stunt actress playing Amanda, then flung her around. In post, we performed clean-up and rig removal to hide the straps. Then, when Trunchbull lets go of Amanda, we did a full CG takeover of the actress using a full CG digi-double for Amanda. Audiences will only see the digi-double for a short 70 frames, but it definitely adds to the comedy.”

Tatchell feels that close collaboration and the intermix of CG disciplines were vital in the creation of Matilda. “Matilda was a huge show; every sequence required a different technical speciality. It wasn’t the same thing over and over – each shot had its unique challenge to consider. It’s a testament to the Cinesite team that everything came together so well despite all these different moving parts and unique requirements.”

Since its release, ‘Roald Dahl’s Matilda The Musical.’ has dominated the UK box office, the film is available to stream internationally on Netflix from Christmas Day, December 25.