In the 90-minute film, Professor Brian Cox fulfils a childhood dream by going behind the scenes at Nasa’s Jet Propulsion Laboratory (JPL), mission control for Mars 2020.

Just over a year after touching down on the red planet, NASA’s Perseverance rover is embarking on the most demanding part of its mission to date – striking out at top speed for the sites most likely to house signs of life. To succeed, the team must overcome epic challenges and take Perseverance into uncharted territory: going further than any other rover and traversing jagged terrain – all on a hostile planet 300 million kilometres away from the Earth.

Cox was granted privileged access to JPL – to witness the workings of the mission as it guides the Perseverance rover and the Ingenuity helicopter across the surface of Mars.

Director Michael Lachmann explains how the production came together. 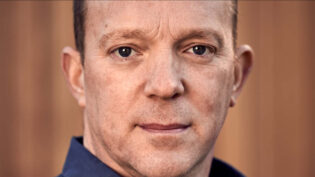 At 5:30am one morning in March, our small team, just seven of us, arrived at the NASA security desk.  Arrow Media had been granted exceptional access to the Jet Propulsion Laboratory – the headquarters for all the agency’s deep space missions.

For seven days we would follow Brian Cox going behind the scenes as the scientists and engineers of the Mars 2020 mission guided the Perseverance rover over the surface of a planet 200 million miles away.

Our mission was to use those seven days to make a 90-minute film for BBC2 and iPlayer (as well as a 60-minute international version) that would capture the sense of exploration and discovery as the rover scoured the surface of the planet, searching for evidence of life on Mars.

It was a daunting prospect as we had very little idea or control over what would happen during our filming window.  We were hoping to see great things, astonishing views of Mars and perhaps moments of genuine discovery.  But we also knew that was by no means guaranteed.  Because this was our second attempt to film the mission. We had been due to fly out to California in early January – but then Covid intervened.  At the time it felt like a disaster.  But then we watched events unfold on Mars.  A handful of tiny pebbles jammed the rover’s drill – bringing operations to a grinding halt.  During the week we were due to be filming, the rover didn’t move.  It didn’t take any measurements or any exciting new images.  It just sat there.  Suddenly, it seemed like we had dodged a bullet.

Now we were back and hoping for more exciting developments.  Initially things were looking good.  As we arrived, Ken Farley, the mission’s chief scientist, excitedly explained to Brian that the rover was about to start on the next phase of its mission – a 5 km drive to Jezero Delta, the geological formation thought most likely to preserve evidence of life.  It seemed like we’d timed our arrival perfectly.

But as we stepped into mission control it became clear that nothing on Mars is straightforward.  The drill was causing problems again.  This time it was stuck in a rock and the engineers were trying to work out a way to free it.  It was the beginning of a compelling story that would unfold throughout the week.

For all Arrow Media’s privileged access, JPL is not an entirely straightforward place to film.  With all the cutting-edge aerospace technology there are obvious security concerns.  We had escorts wherever we went.  There were strictly enforced rules about what we were allowed to film – or even look at.  Foreign nationals even needed to be accompanied to the toilet.  Popping outside to pick up some GVs was out of the question. 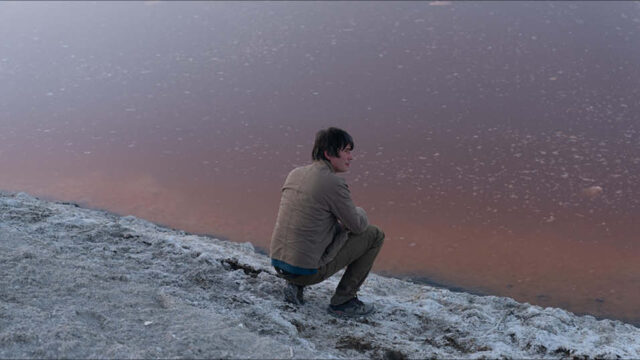 A big part of our challenge was to work within these restrictions while managing to shoot all the material we would need to complete the film.  Luckily our crew was tireless, constantly moving between offices and labs as the story emerged.  Occasionally jumping into a golf cart to drive to the Mars Yard where OPTIMISM, the Mars rover’s identical twin, was put through its paces.

In our week on site, we shot nearly 40 sequences.  Scenes that would usually take half a day were covered in an hour.  As an exercise in stripped-back filmmaking, it was revelatory.

But for all the restrictions it is also a wonderful place to shoot.

To be in the room when the pictures from Mars are beamed back to Earth revealing completely new vistas of another world is a nerve tingling experience.  Coming face-to-face with a life-sized rover as it bears down on you is a real privilege, as is getting to spend time with the scientists and engineers who run the mission. You would struggle to find a group of people more committed and passionate about what they do.

It’s a rare opportunity to see behind the scenes of a project with real global significance.   Over the coming months and years Perseverance may reveal the evidence that there was once life on Mars – that proves we are not alone in the Universe.  It doesn’t get much bigger than that.