Features & Opinion11.07.12
Broadcasting the Olympics to the world

Some 4.8 billion people are expected to tune in to watch this month’s Olympic Games from London.

And all the images and radio signals from the key events will first pass through a huge, gleaming shed-like structure that is the size of two football pitches.

Located inside the Olympic Park next to the hockey stadium and alongside one of East London’s busy arterial roads, the International Broadcast Centre (IBC) is the broadcasting hub for the Games.

For the duration of the Games, it will be the largest production centre in the world – its control rooms, edit suites, studios and offices will act as the processing point for 5,600 hours of sports coverage captured by 1,000 cameras and 52 OB units.

A month before the Games is to begin, the IBC (pictured above) looks very much a work in progress – like the Olympic Park itself.

First, you have to pass through stringent security that means it can take almost an hour simply to get into the Park. Passports are required for ID, while sniffer dogs are on hand as is airport style security.

The giant IBC building itself was completed in July 2011, but it teems with builders and engineers putting in the finishing touches. Swathes of office chairs are wrapped in plastic, ready for the arrival of the thousands of people who will be based at the IBC. Row upon row of boxes full of technical kit sit ready to be installed.

Paul Mason (pictured below) is the man in charge of making sure everything is ready on time, and that the pictures of the Games do indeed reach their intended global audience. 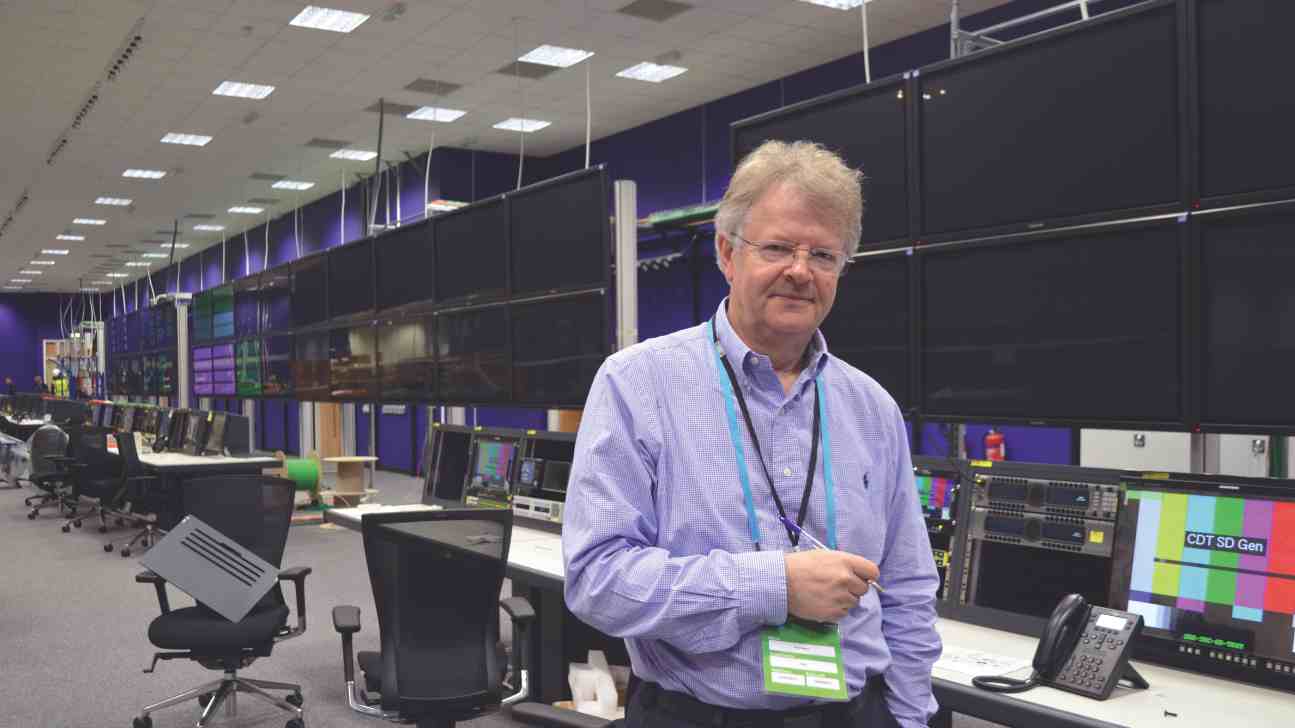 A remarkably calm figure despite the impending deadline, Mason is head of OBS London. OBS stands for Olympic Broadcasting Services, which was set up by the IOC in 2001 to act as the host broadcaster for all Olympic Games. Based in Madrid and run by Spaniard Manolo Romero – who has worked on every Olympic Games since Mexico City in 1968 – OBS is responsible for capturing and delivering the images of the events to all the broadcasters that have purchased the TV and radio rights to the Games. The BBC is the rights holder in the UK.

The reasoning for the existence of the OBS is that the Games needs a single, experienced host broadcaster to produce and transmit unbiased TV and radio coverage of the Games, rather than hundreds of countries sending in their own production teams to do so. Otherwise, the venues would hardly be able to fit in the spectators. The OBS coverage is known as the International Signal or World Feed. Rights holders then use this as the core of their coverage, adding their own commentary and supplementary camera work for their audiences.

Mason has been planning for this moment since he joined OBS London as its first employee in 2009. A former BBC exec who has been involved in major sports operations for the BBC, including every Olympic Games since Moscow 1980, he was technical director for the 2002 Manchester Commonwealth Games and advised the bid committee for the London 2012 Games.

To an outsider, the IBC looks an unfeasibly complex operation, with a vast control room, row upon row of racks and servers, and editing suites.

“Like all complex things, you start building from simple elements,” says Mason, as he describes how the IBC has been kitted out. And he started from the very beginning. When he joined, one of his first tasks was simply to find an office, hire a core staff of about 20 and set up a payroll for OBS’s London operation. 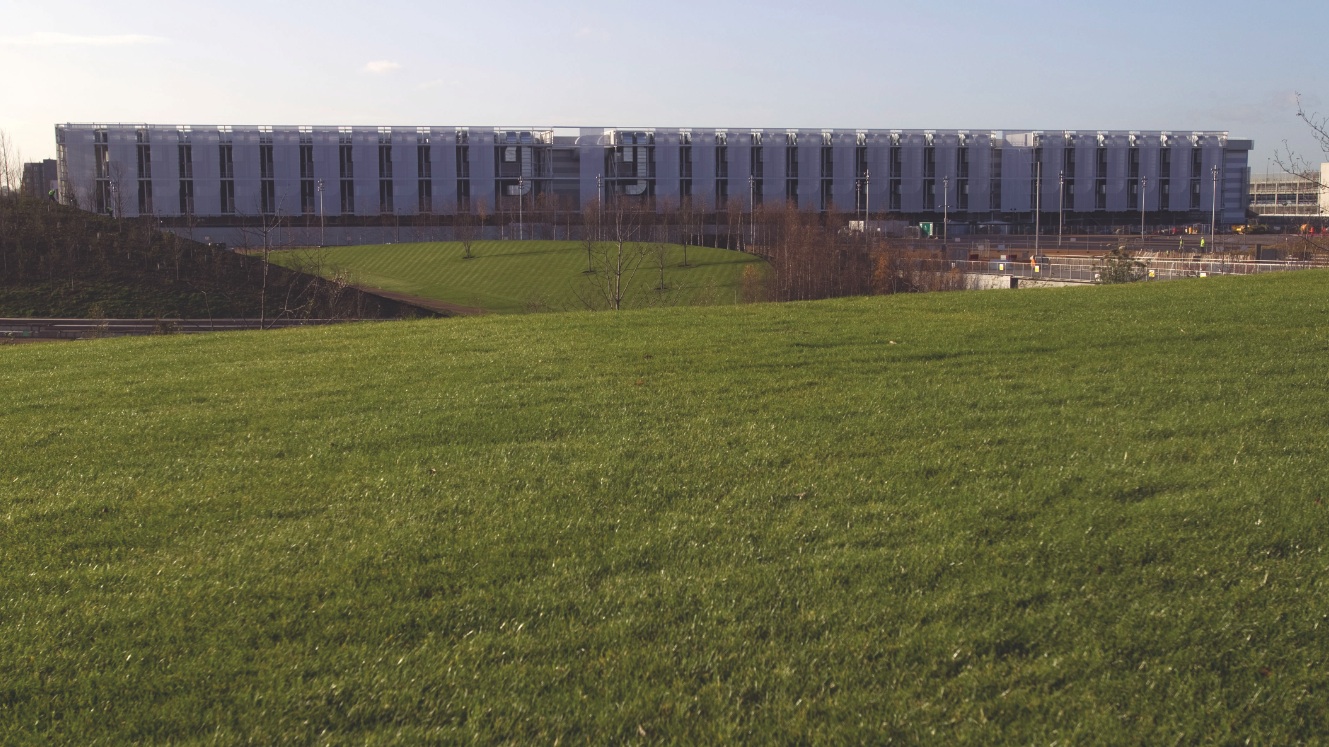 The OBS workforce will rise to around 5,600 people by the start of the Games, including 1,000 students from UK universities involved in a special broadcast training programme.

Coverage of the games will be captured in a completely tapeless environment in full HD, and all TV audio will be produced in 5.1 surround sound.

London games organiser Locog constructed the shell of the IBC building, supplying it with basics such as air con and power. But it has been up to OBS to kit it out and make it fit for purpose.

Mason acknowledges that it’s been hard work getting to this stage. But he credits OBS’s long track record of producing games coverage as key to their ability to mount the broadcast operation for the Olympics. “The fact is that there are so many experts around who have done it before. OBS is really good at the detailed planning and the timelines.”

Communication, with Locog and the rights holders, has been crucial to the job, says Mason. “We are in the communications business, but keeping communications across the various areas has been a challenge and something it was clear we had to get right from the very beginning.” Everything, from health and safety and sustainability policies through to working out the specific requirements of each rights holders in the IBC has to be planned and communicated. For example, OBS has had to work closely with Locog in all areas impacting broadcasting, including the competition schedule, the IBC, venues, transportation, accreditation, accommodation, logistics and technology. Then there have been regular meetings with the 147 rights holders to confirm their needs in the venues and in the IBC. “It’s complex – it’s about making sure all the bits fit into place,” he says.

OBS will also deliver some coverage of the Games in 3d as well as Super Hi-Vision. In total more than 230 hours of 3d coverage will be produced, with a dedicated 3d channel available that broadcasts for 16 hours a day. Up to 11 3d cameras per venue will capture sports like athletics, gymnastics and diving. Eight days of sport will also be captured in Super Hi-vision with 22.2 surround sound, with the high quality images broadcast to specially equipped cinemas around the UK.

The Super Hi-vision is “incredible quality” says Mason. But he stresses that his main priority is “just to get superb core coverage of the Games in HD.  There is a balance to be struck between expecting total reliability from a host broadcaster and pushing the envelope…the host has to be absolutely solid. So you can’t take any risks.”

Mason seems confident that the OBS can deliver. But he does acknowledge that certain factors –particularly transport and security in a city like London – are beyond his power to control in terms of successfully delivering the Games.

Then, after the Games, OBS London will be wound up and OBS’s attention will turn to the next Olympics in Rio in 2016. And for Mason, who says he doesn’t have any specific plans post Olympics, it will be the chance to take a “decent holiday.”