Sherif Salem, Archive Producer for Arrow Media’s Britain In Colour for Smithsonian Channel, explains the process of combing the archives for new and surprising footage from Britain’s past.

Britain In Colour is one of Arrow Media’s most ambitious archive-only series – a dream project for a footage researcher but also a pretty daunting challenge.  With what seems like a profusion of archive documentaries around, how could we get hold of coverage that others simply hadn’t found?

The themes of the series are broad, complex and well-covered – Royalty, Empire and Winston Churchill – so we knew there was a lot to dig into. It was thrilling to start looking at early films, such as those from the end of the 19th century of Queen Victoria and the Boer War, and to stumble across more surprising moments like Churchill clowning around with Charlie Chaplin on set.

On the other hand, the sheer quantity of material needed to cover fifty years of British history in each episode meant we needed to view a huge amount of footage in order to start to put an order to the episodes. With the final episodes due to be colourised, we needed to try and get hold of the original reels, as the colourising process works best with films scanned to the highest available resolution.  But original reels can be elusive. 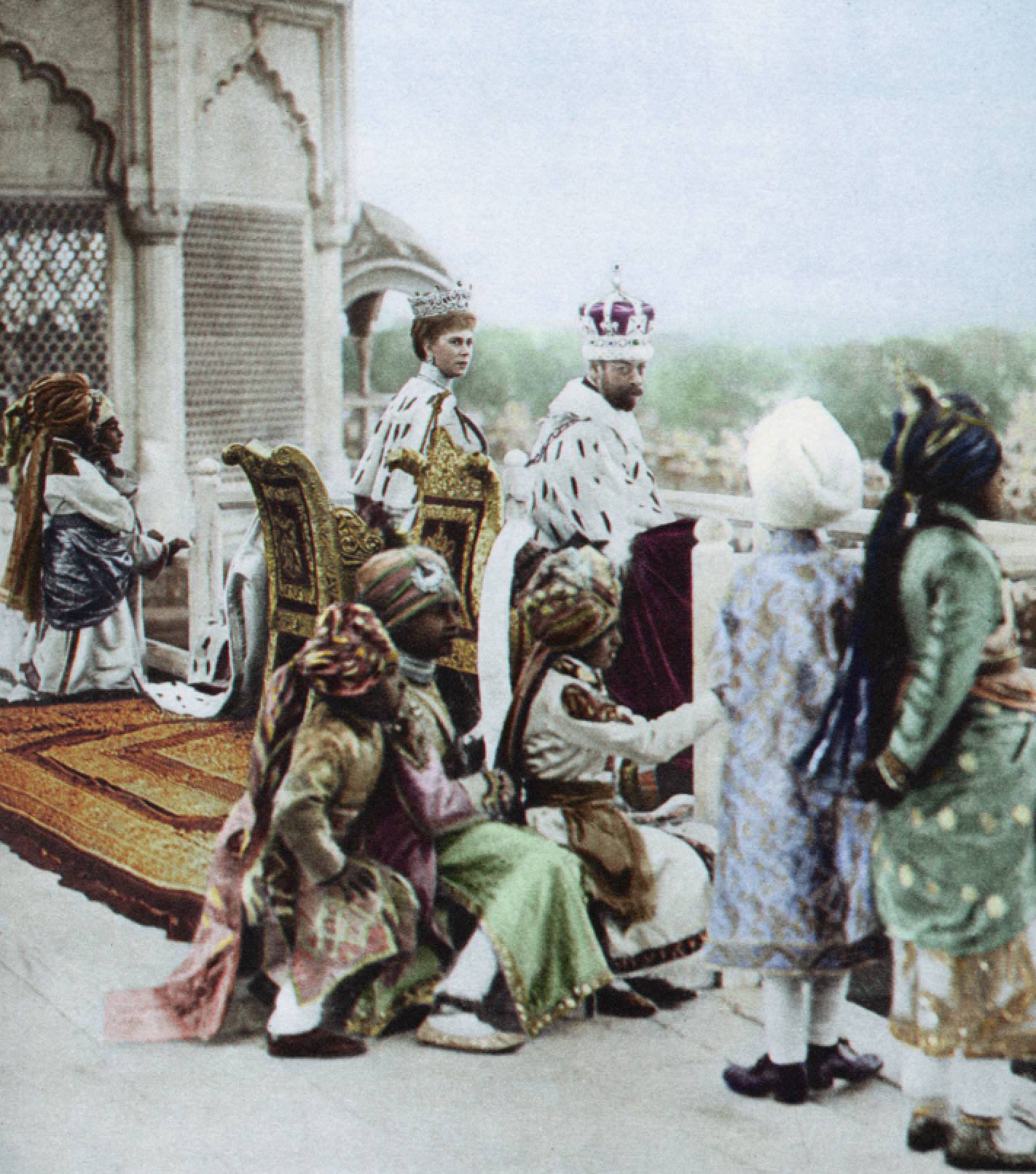 The first step was to identify sources with significant quantities of original film. This meant reaching out to the key newsreel companies and institutional archives such as the Imperial War Museum and the BFI.  Arrow Media has previously produced three series of America In Color and have a lot of experience creating archive-driven programming, so the team is encouraged to be proactive in meeting with the experts and archivists who take care of these film collections.

We even travelled to the US National Archives (a rare escape from the usual desk-bound world of spreadsheets and download progress bars), bringing back some American perspective on significant British events including candid shots of President Roosevelt welcoming the King and Queen in Washington DC and US Army personnel filming VE Day in London.

But the biggest challenge was finding stories that can be told compellingly without the aid of interview testimony, dramatic recreation or specialised photography. The archival imagery had to cover historic occasions, balancing both the iconic with the lesser known, while also capturing the personality of the key characters in the series.

We achieved this by using as wide a range of sources as possible – balancing newsreels and government films with home movies and films sponsored by local businesses. All the while, keeping in mind our colouriser – newsreels shot on pristine 35mm by professionals tends to be easier to work with than mum and dad’s first go with a camera.

Home movies, though, often provided the most memorable moments in the series. They can offer an unfamiliar view of familiar faces or capture life of ‘ordinary’ citizens caught up in by the wider societal changes that we were hoping to reflect in each episode. 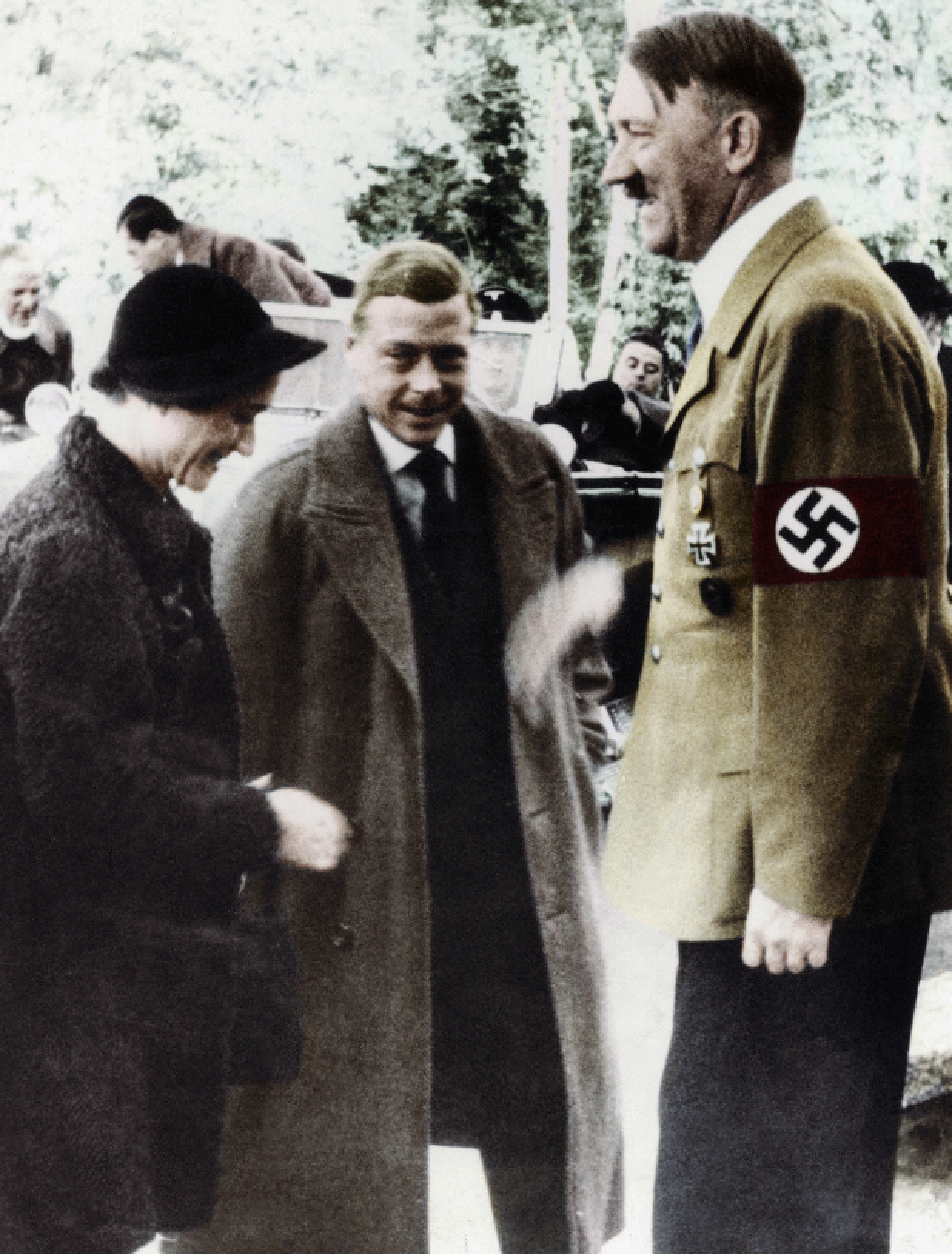 For our episode on the British Empire we were grateful to be able to use some material from the incredible collection of the British Empire & Commonwealth Collection in Bristol. Filmed all around the world, their collection spans over 2,000 reels from the 1920s onwards, including rare glimpses of Gandhi in family films. Conor, the episode’s story researcher, spent hours calling pubs, churches, shops and everywhere else with a phone to track down living relatives of some of the filmmakers. In a couple of cases, we were able to re-introduce the family to the archive, leading to valuable information on the context of the films and even a new donation of pictures.

We are proud of what we have achieved with Britain in Colour.  It is rewarding to think that diving into these rare films can help contribute to their preservation, and hopefully as more collections are digitised, interest in them can perpetuate that process and help safeguard them for future generations.

Britain in Colour (3 x 60 min) for Smithsonian Channel, follows the hugely successful America in Color, now recognised as one of the network’s most iconic shows.  This ambitious new series will receive an exclusive world preview at MIPDoc on Saturday 6 April, from 1745 to 1830 in the Grand Theatre.

Britain in Colour will premiere later this year on Smithsonian Channel in both the US and the UK.