Features & Opinion10.03.16
Behind the scenes: The Ones Below

The Ones Below is a British thriller with a very European aesthetic. Producer Nikki Parrott tells Tim Dams about the making of the film

Billed as a dark, modern fairy tale, The Ones Below sees the lives of two couples become fatally intertwined. Both couples, who live in flats in the same London building, are expecting their first child. The pregnancies initially bring the couples together, but everything changes after a tragic accident throws the couples into a nightmare and a reign of psychological terror begins.

The Ones Below is the directorial film debut of David Farr, a Royal Shakespeare Company director and screenwriter of TV dramas The Night Manager and Spooks, and feature hit Hanna.

The project dates back to 2012, when Farr began to develop his first feature for BBC Films and Cuba Pictures, the production arm of his agency Curtis Brown. About that time, Farr approached Tigerlily producer Nikki Parrott, a long-term collaborator, to produce his short film Cool Box.

This short, which is similar in terms of characters and story, became a test run for the feature, helping to reassure backers that Farr could make the transition to film director. “It’s about a woman who ended up putting her child in the fridge. There’s a theme running through this…” jokes Parrott.

Farr then sent Parrott his screenplay for The Ones Below. From the short, she says she knew Farr could direct for the screen and had a strong vision. But once she picked up the screenplay, Parrott says she couldn’t put is down. “It was a real page turner.” 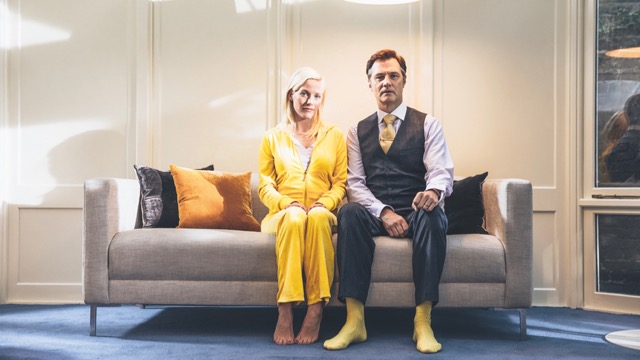 Funding, says Parrott, was relatively easy to secure because of the strength of the script, as well as strong relationships with the BBC (which had recently produced Cuba’s London Road) and the BFI, which had backed another Tigerlilly production Remainder. Protagonist boarded as the sales company, while Icon Films pre-bought UK rights.

Additionally, financiers Head Gear Film cash flowed the tax credit. In total, the budget was £2.2m. “We came in on schedule and under budget,” notes Parrott, who says she was always aware of the need to save extra money for post, just in case.

Farr delivered his script in September 2013, and the film was shot for seven weeks the following September. It was a contained shoot, with six weeks spent on location at a large house in Highbury. Production designer Francesca Di Mottola transformed the house to look like two flats, so the audience could believe that one couple lived above, the other below.

The look of the two flats was all-important, dictated by the contrast between the two different couples. The flat below was designed to look nouveau riche, with strong yellows and blues – slightly inspired by Roman Polanski’s Rosemary’s Baby. Upstairs was more cultural and shambolic with a very ‘Farrow and Ball’ look. 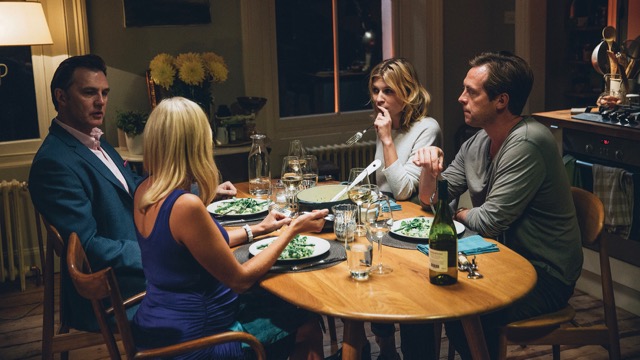 In terms of overall look, the reference point was European film rather than British film, adds Parrott, particularly for DoP Ed Rutherford, who lit and shot The Ones Below using an Arri Alexa.  Meanwhile, Di Mottola brought ‘a European style’ to the film. “Because she is from Italy, she saw things in a different light and it wasn’t jaded. That is what gives it such a different feel to some other British films.”

Farr’s theatre background is also key in the look. Parrott describes how Farr frames shots as if they were on a stage, paying attention to where characters and objects are placed and the spaces between them.

“There are a lot of tracking shots but the simpler shots were often the best ones,” notes Parrott of the cinematography. Farr concurs: “We’ve used handheld photography in moments where it is really appropriate, where there are moments of terrific anxiety and a desire to get somewhere. Then there are a lot of other scenes that are quite withheld and quite restrained, where the camera is quite wide and we let the space do more of the work. It’s a mixture in that sense…Often in film when you see a big space and then something really tight, it helps create that feeling of anxiety.” 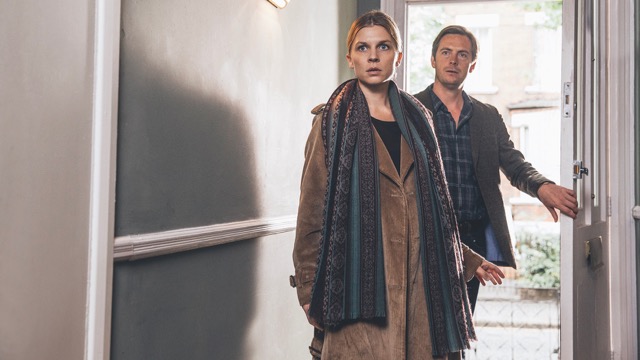 Editor Chris Wyatt, meanwhile, began assembling the film during the shoot, with Farr popping over several times a week to look at scenes. “It was great – Chris could tell us what we needed more of, and David could see how it was going and how the characters were developing.” Parrott calls Wyatt “one of the most amazing editors I have ever worked with”. Evidently, he helped Farr “squeeze and squeeze and squeeze the film like a cloth” until it was wrung like a tight thriller (the run time is an economic 92 mins). Whole scenes were pulled out of the film, including one car chase which served to introduce the audience to the psycho tendencies of the David Morrissey character.

A few test screenings helped inform the tighter final edit too. Says Parrott: “We realised that we didn’t have to tell everyone all the time what is happening – they like to work it out for themselves.” Post was completed at Molinare (“they were great and really supportive”, says Parrott), with the final edit delivered in May 2015. Since then, it has played at the Toronto, London and Berlin film festivals ahead of its UK release this month.

Looking back, Parrott says the toughest time for her as a producer was at the very beginning, in pre-production. It’s then that the film looks all set to happen, but could still fall apart. “The pressure of that is really scary. You have got people working to you – and you have to keep the whole thing going. As a producer, you have to believe – if you don’t, no one else will believe for you.”

The Ones Below is released on March 11