Features & Opinion16.10.14
Behind the scenes: The Great Fire

It’s one of the most well known events in British history. Yet, the story of the Great Fire of London has never been the focus of a British TV drama before. You quickly realise why this is when you find out more about the making of ITV’s new four part series, The Great Fire.

“It is an incredible undertaking to take on something as epic as this,” says executive producer Douglas Rae of Ecosse Films. “There have been documentaries on the fire before but never a drama because people thought, ‘This is far too difficult to do.’”

Written by ITV political editor Tom Bradby, The Great Fire focuses on the circumstances that led to the catastrophic fire, how it took hold and Londoners’ attempts to overcome the flames. 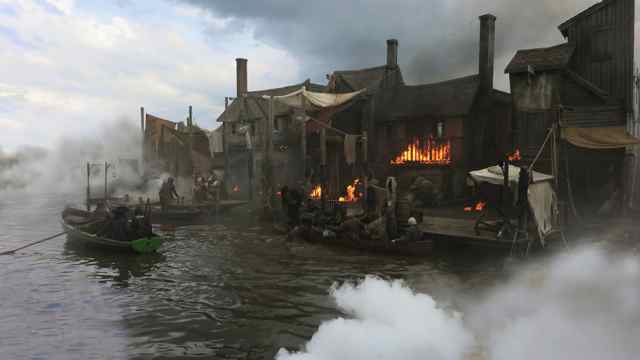 Bradby bills The Great Fire as a hybrid – a thriller, relationship drama and disaster movie. It weaves together the stories of characters including Thomas Farriner (Broadchurch star Andrew Buchan), who owned the bakery where the fire started, through to King Charles II (Jack Huston) and Samuel Pepys (Daniel Mays).

But the real star of the show is the set, which authentically replicates the streets of London from 1666. Designed by Dominic Hyman (Rome), the set took four months to build and included the infamous Pudding Lane where the fire started as well as streets along the Thames and a refugee camp in Moorfields. Rae says: “One of the biggest challenges was recreating the scale of London in a way that was convincing. We initially looked at filming in places like York, which has streets of this period. But it’s one little part of the city and you would have had to close it down for a month.” 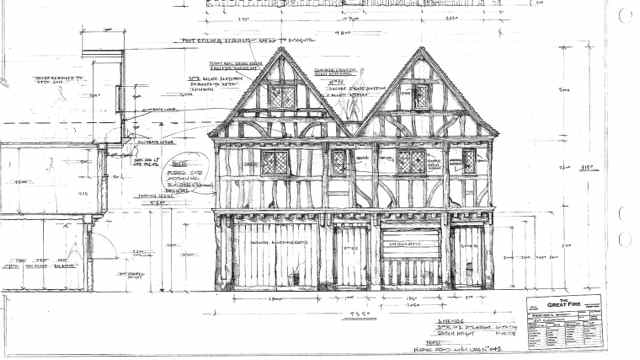 Rae wont reveal the exact cost of the set, which was built on an industrial estate on the outskirts of Henley, but says it cost about the same as an episode of drama (putting it in the possible realm of £700k-£900k).The show’s budget was boosted by the new drama tax break, as well as a significant advance from distributor ITV Studios Global Entertainment.

The set construction was carried out by Totem Construction, which prefabbed it in their workshop before assembling on site. Producer Gina Cronk says it took about nine weeks to build the set and then three weeks to plaster and finish.

To create an authentic look for the drama, the production team also decided to work with real fire rather than CGI.  “We were looking for veracity – we wanted to be able to put the cast in the flames,” says executive producer Lucy Bedford. 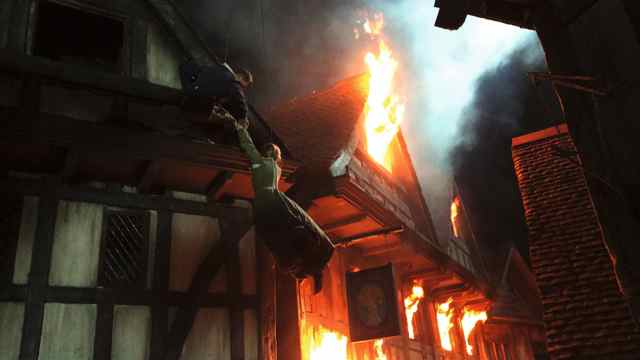 By the end of the series, the production crew had burnt down the entire set. “It’s an amazing thing,” says ITV director of television Peter Fincham, “to be given an enormous amount of money by a broadcaster to build a set – and then to burn it down.” Some of the sets were built with fire bars and gas pipes running through them, linked to large gas canisters. It meant the crew could control the fire from a big control panel, and were able to choose exactly where would go up on flames. These complex fire sequences were overseen by SFX supervisor Colin Gorry.

Producer Gina Cronk says The Great Fire could only go ahead with a “massive health and safety assessment.” There were two fully crewed fire engines on ‘big burn nights’, as well as medics. Cast and crew were given safety briefings at the start of each day. 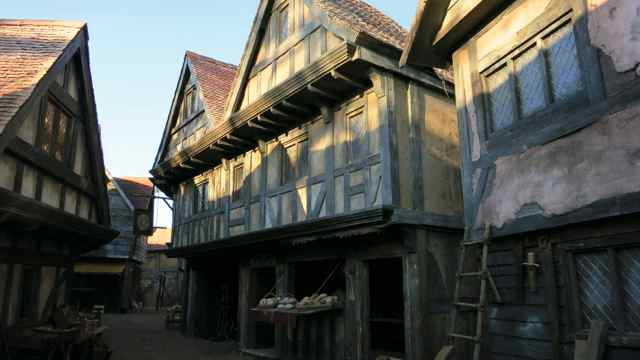 The director Jon Jones was particularly keen to get the actors right up to the fire. This, of course, was a real challenge for the actors, acknowledges Cronk, who recalls one scene where Andrew Buchan has to run up a flight of stairs that is being lapped by flames to rescue his children from the floor above. “He really wasn’t very sure about it,” she says, adding that the final result was much stronger because it looked so much more authentic. “The best decision we took was to build the set and not rely on CGI,” adds Rae.

That said, the producers and Bradby are quick to stress that the fire itself is a backdrop and catalyst for the story. “My main aim was to write a damn good story,” says Bradby, acknowledging that “too much fire is tedious.”

Bradby previously adapted his own novel Shadow Dancer as a feature for director James Marsh and was approached by Lucy Bedford to write The Great Fire script. He says he drew heavily on his journalistic experience of civil disorder that has left him “with a lifelong fear of crowds, particuarly in circumstances when the green light of anarchy is flashing hard.”

The Great Fire begins on Thursday (October 16) at 9pm on ITV.