Features & Opinion09.06.16
Behind the scenes: Swim the Channel

A health scare prompted Steph Keelan to realise a long-delayed ambition of making a documentary. Directed and produced with Emma Harpin, Swim the Channel was entirely self funded – and has just been picked up by BBC4.

Here Keelan (pictured left), who is the director of hire and crewing firm S+O Media, explains how she and Harpin (right) made the film.

Tell us about Swim the Channel?
It’s about the swimmers and volunteers found along the Kent coastline from May to September working together to attempt their dream of swimming the English Channel. It’s about what pushes ordinary people to exceed their limits. Everyone on that coast is searching for something within. There’s an appeal to that. More people have climbed Everest than have swum from England and France.

Where did the idea come from?
I was training in Morocco on my fortieth birthday for the London Marathon (a mid life crisis). Mike Oram, the pilot in the film, was staying in the same hotel. He gave me a grilling every morning about my training methods, and how I was putting physical fitness above mental strength. We got talking and I couldn’t shake the visual image of him navigating the swimmers to France barking their truth at them along the way. The line he said that hooked me was, ‘It’s as hard for me as it is for the swimmer but I do it with a cup of tea and a bacon sandwich’. When running the marathon the only voice in my head was Mike’s and I nailed it!   He tells it how it is – spending a season filming a community of Oram’s suddenly became appealing.

Why did you self fund?
I had always wanted to work in documentaries but with two children and a cameraman husband it didn’t seem a feasible work/life balance. So I worked at facilitating the TV gold of others until a health scare prompted me to get off my arse and make the film I’d always wanted to. Emma is a photographer, fellow mother and friend who was keen to share the journey with us and so off we went.

What was the budget?
There was no budget plan. We knew we had to immerse ourselves into the swimming community to gain their trust so we had to film every weekend and at every swimming event. As a result the costs spiralled but the access was priceless. We were incredibly lucky to have S+O’s shelves of kit and amazing crew who gave their time and talent so generously. Envy Post were also amazing; they got behind the project and supported us seeing the film through to the finish. 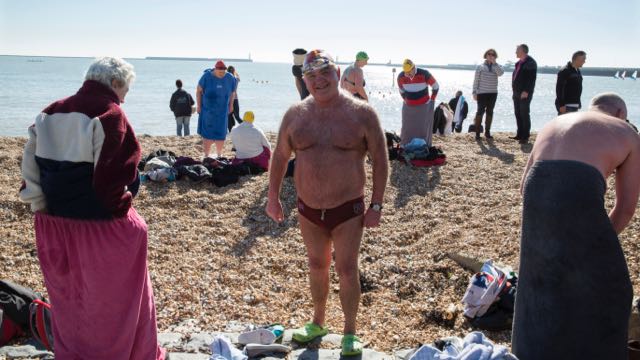 Damon Albarn contributed the music. How did he get involved?
Emma had been a friend of Damon and his partner Suzi for fifteen years. Emma got talking to Damon about the film and he offered his musical services. Still can’t quite believe it really. He worked alongside Suzi Winstanley and Michael Smith. We can’t thank them enough for their time and creative input.

What kit did you use?
We used the Canon C300. Olly Wiggins, the DoP, wanted to create a strong cinematic look so we shot primarily with a fixed 35mm lens. The camera was light, robust, and shot in C Log, the footage graded beautifully.

Coming from a hire background, what did you learn about reality of producing and directing?
I had a background in production prior to setting up S+O with Olly and I love my job. But it was great to reconnect to a story from start to finish. As a TV facilities house we are very aware that every day we shoot is the culmination of months of hard work and prep for our clients. It was nice not to hand the baby back for a change! The edit was an incredible experience, we worked with Alex Fry and the process was dynamic and frustrating in equal measure – a form of alchemy. 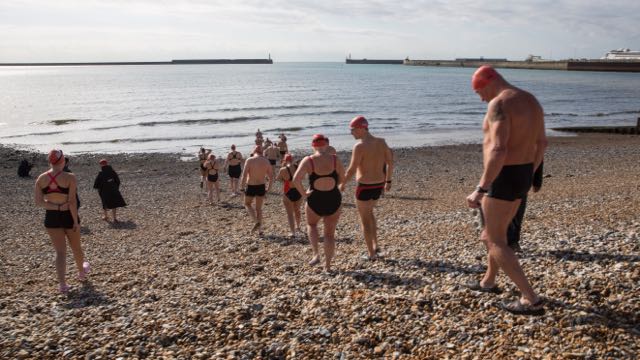 Greatest challenge of making the film?
Resources, juggling childcare and the day job, and up to twenty hours at a time without sleep on a boat. Luckily most filming was at weekends but it did escalate to seven day weeks pretty quickly.

What do you wish you’d known when you started out – and what did you learn along the way?
We learned that syncing sound is everything! And never stop the flow of what is happening in front of camera as you can forgive the odd sound glitch or camera wobble but you can never recreate what happens before your eyes.

Tips for somebody wanting to self fund their own film?
Make sure you are clear from the onset of what you’re trying to achieve to avoid costly mistakes, and where possible shoot a taster and get funding to test the idea works. Be fiercely passionate about your subject as there will be challenges along the way that will break you. Without a true love for the story you’re trying to tell you’re going to suffer.

How did you sell it to BBC4?
We contacted Storyville and they were gracious enough to watch it and offer us a slot with BBC4. We’re delighted and can’t wait for TX.