The animated films based on Julia Donaldson and Axel Scheffler’s books have quickly become something of a Christmas viewing tradition for British families. Since 2009, The Gruffalo, The Gruffalo’s Child and Room on the Broom have all premiered on BBC1 on Christmas Day.

This year, it’s the turn of Stick Man. First published back in 2008, it’s the story of a happy-go-lucky father stick who is separated from his family and struggles to get back to them in time for Christmas.

Stick Man has the same quirky look and rich tone as its predecessors, and is again produced by Michael Rose and Martin Pope of indie Magic Light Pictures. But the production of Stick Man was very different. For a start it has a new director, London-based Jeroen Jaspaert, whose credits include CBeebies’ Bing Bunny. 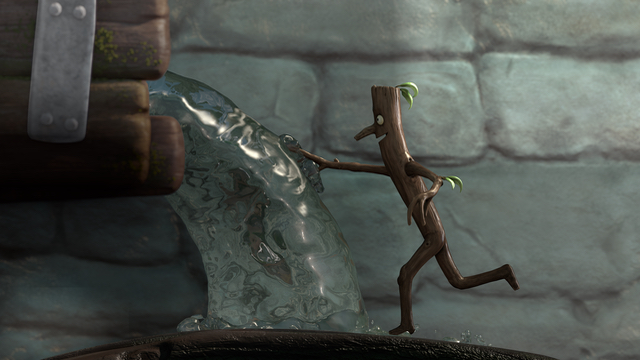 The animation team is new too. Animation for the previous films was outsourced to Germany’s Studio Soi. This time, however, Magic Light chose South African animation studio Triggerfish to do all the prep work and production.

Magic Light’s Michael Rose said he tried to make the film in the UK and Europe again, but couldn’t get the £1.6m budget to work – despite the existence of the UK animation tax credit which has revitalised the UK sector. Stick Man, explains Rose, is the largest and most technically complex of the four films – with lots of sets, characters, water and snow. “Our £1.6m didn’t stretch far enough,” he says. “Whereas going to South Africa, not only do they have a 20% tax credit, but the exchange rate is very favourable, so we get a lot more value for our money.”

Rose says the South African animation industry is developing fast. He’d got to know Triggerfish in recent years, and had been impressed, citing projects such as Adventures in Zambezia and Khumba as examples of their “technically superb cgi work on a modest budget.” Rose adds: “We thought if we ally their cgi skills with our storytelling this could be a tremendous partnership.” A crew of about 75 people worked on Stick Man at Cape Town-based Triggerfish, overseen by co-director Daniel Snaddon. 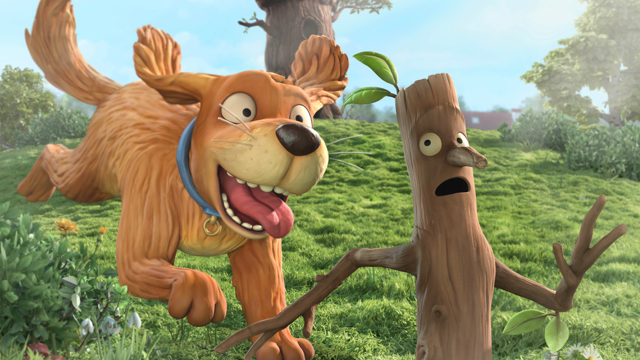 Rose points out that a large proportion of the Stick Man work was done in the UK, including post, direction, sound, storyboard and development – on which Magic Light could claim the UK tax credit too.

Stick Man is also made in a very different way from its predecessors. The first three films were created by compositing cg characters over model sets. This gave the films a very distinctive, tactile feel. But, because Stick Man needed so many different environments – from a park, to woodland, rivers, the sea and homes – the whole project was produced in cg.

Even so, the ambition was to maintain the feel of the earlier films. “We wanted it to be as close as possible to the other films. Computers are always trying to smooth things out and you can get a very floaty effect that you see in some cheap TV animation. So the art was really to push the computers and artists involved, to base everything as closely as possible on real models and their imperfections.” 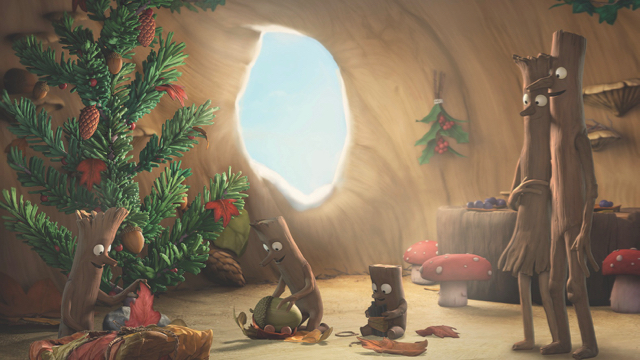 The team also spent a lot of time working on the snow and water scenes, which feature heavily in Stick Man. Both are difficult to get right in animation. “It’s tremendously complex getting water that looks like water, but that fits in the animated world,” says Rose.

Meanwhile, Magic Light attracted a high profile voice cast to Stick Man, including Martin Freeman, Jennifer Saunders, Rob Brydon and Sally Hawkins. Their voices were recorded in brief sessions just after the initial storyboard and animatics had been completed; the animators then used their voices to build their characters around. At the end of the process, the voice cast returned to do pick ups.

Post production was all done in the UK, and here Magic Light drew on people that it had worked with on the previous films: including sound designer Adrian Rhodes, editor Robin Sales and colourist Robin Pizzey. Rene Aubry again provides the original score, which emphasises Stick Man’s journey from happy times with his family to getting lost in the forest, and back home again.

In all, the production has taken over 18 months, and Magic Light is now turning its attention to a two-part animation of Roald Dahl’s Revolting Rhymes for Christmas 2016 for BBC1. Magic Light hopes that Stick Man will have as wide an audience as its predecessors – which have sold to 180 countries.

Looking back, Rose says the big challenge has been to ensure a much loved book works in a new medium. “It has got to be a film which works in its own right. But we wanted the experience that families have of reading the book to translate to the screen.”

Details
A half hour animated film based on the children’s picture book written by Julia Donaldson and illustrated by Axel Scheffler, Stick Man tells the tale of a happy go lucky father’s epic journey to make it home in time for Christmas