For Spy In The Wild, John Downer Productions infiltrated the animal world with 30 robotic creatures kitted out with miniature cameras

John Downer Productions has built a business out of covertly filming animals with spy cameras. Back in 2000, Bristol-based JDP invented a ‘boulder-cam’ to film intimate shots of a pride of lions for Lion – Spy in the Den. A year later, a ‘dung-cam’ did the same for elephants, while an iceberg-cam captured polar bears in 2010. More recently, Penguins – Spy in the Huddle took the concept a stage further by creating animatronic penguins to infiltrate colonies of the birds.

Yet Spy in the Wild is on a different scale entirely. It’s not just a single species film. For this 5×60-min series, JDP has built 34 different animatronic spy creatures – from crocodiles to hippos, wild dogs, orangutans, langur monkeys and parrots. “It is a genuine step on from what you have seen before with John’s Spy series,” says BBC head of natural history commissioning Tom McDonald.

However, like its predecessors, Spy in the Wild is also “full of new revelations and insight in to the natural world,” says McDonald. Many of these come from close observation of animal family life that the robotic animals capture.
The first episode, for example, is subtitled  love: it features prairie dogs rearing their young as part of an extended family, crocodiles tenderly  caring for their hatchlings, and a chimpanzee befriending an abandoned kitten in some of the first footage ever captured of cross species rearing. 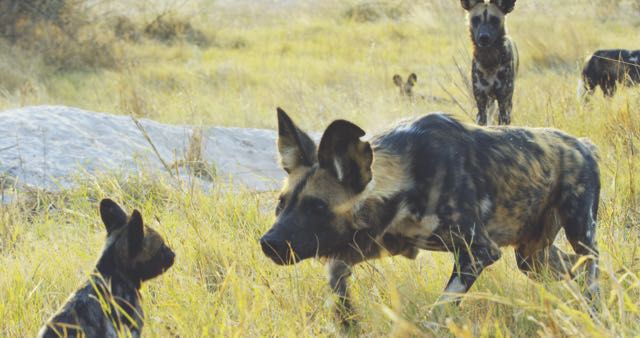 In particular, the series sheds a light on the similarities in behaviour between animals and humans. Endowing animals with human emotion used to be frowned upon by scientists. But that has changed over the past ten years, says Downer. “You can’t spend any time with animals without realising that so much of what they do is so much like us. It’s inevitable really. We are animals.”

Needless to say, making Spy in the Wild has not been easy. Each of the robotic animals is bespoke and takes up to nine months to make. Downer won’t put a price on each one, but says they are all expensive. “Every one that is destroyed is a disaster for us.”

The crocodile-cam, for example, has to be able to walk along a riverbank, clamber into the water and to swim – while being able to film and look lifelike enough not to alarm other crocodiles. Its carbon fibre skeleton was built by a bio robotics laboratory in Switzerland, while its exterior was created in London.

Producer Rob Pilley say it is an ‘industrial process’ to build the animals, encompassing robotics, programming and aesthetics. “You have to make them functional, practical and beautiful.”

Inside are remote controlled miniature cameras, shooting in 4K, and often hidden in the eye sockets of the animatronics. Producer Matthew Gordon says the cameras come from a wide range of manufacturers, but have been stripped down and modified to fit inside the spy creatures.

Deploying such expensive kit in the wild can be a fraught process, with producers fearful that it will be destroyed in an instant by suspicious animals. “It’s nerve wracking,” admits Downer.

So the team went to great lengths to make sure this doesn’t happen. A prairie dog cub, for example, was programmed to be able to make submissive signs – like wagging its tale, moving its ears and play bowing – so it would not be torn apart by the pack. The robotic meerkat, meanwhile, had meerkat poo rubbed on it so it would carry the scent of the group. In the end, only a few were destroyed, such as a spy tortoise crushed by an elephant. “We lost a lot less than we thought we would,” says Downer. 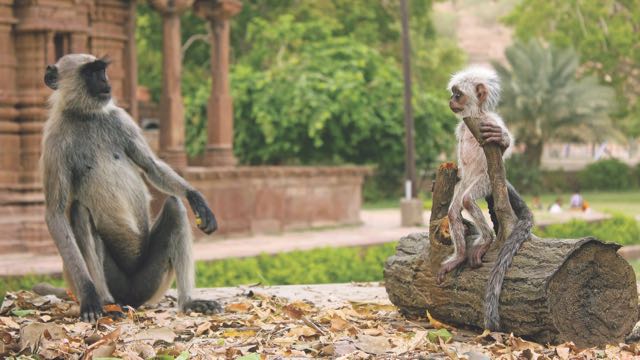 The team also had to choose very carefully where to place the hidden cameras. Chimps, for example, are very unpredictable so the filming team worked closely with local scientists to work out the places they might frequent. When placing the robotic animals, they had to be aware of their own safety as well as trying not to upset the animals. Pilley, for example, says he would wait till the heat of midday to place an animatronic crocodile egg inside a crocodile’s nest as that was the moment the mother crocodile would seek refuge in the river from the hot African sun.

The robotic animals weren’t the only ones filming each scene. Up to ten cameras at a time – from boulder-cams, dung-cams to termite mound-cams would also be placed in situ to contribute footage, as well as a long lens camera. “We can cut between them to get lots of different angles, which you can’t do in natural history very often,” says Downer.

Each animatronic shoot was a huge undertaking in its own right. JDP filmed for six weeks with langur monkeys in India, shooting from dawn till dusk each day. This meant, of course, lots of footage. The production team recorded 8,000 hours in total. “It’s quite a record as far as we are concerned,” says Pilley. “And of course you have to go through it all.”

Spy in the Wild airs on BBC1 on 12 January

This article first appeared in Televisual’s January 2017 edition. To get your copy of the magazine, email circulation@televisual.com