The team behind Sky Atlantic’s big budget drama Fortitude explain how they recreated the Arctic in London and Iceland. Jon Creamer reports

Drama indie Fifty Fathoms’ 12-part thriller for Sky Atlantic is on air this month. The series, billed as Sky’s most ambitius commission to date, is set in the fictional Arctic frontier town of Fortitude.

The town has never experienced a violent crime before but is thrown into turmoil after the brutal murder of a British research scientist. Sheriff Dan Anderssen, head of the search and rescue team, investigates alongside a British detective who’s flown into help.

As the winter closes in, they find the murder was just the start. The drama was shot on location in Iceland with an extensive set build in a warehouse in Hayes, west London. The cast includes Stanley Tucci, Sofie Gråbøl, Michael Gambon and Christopher Eccleston. 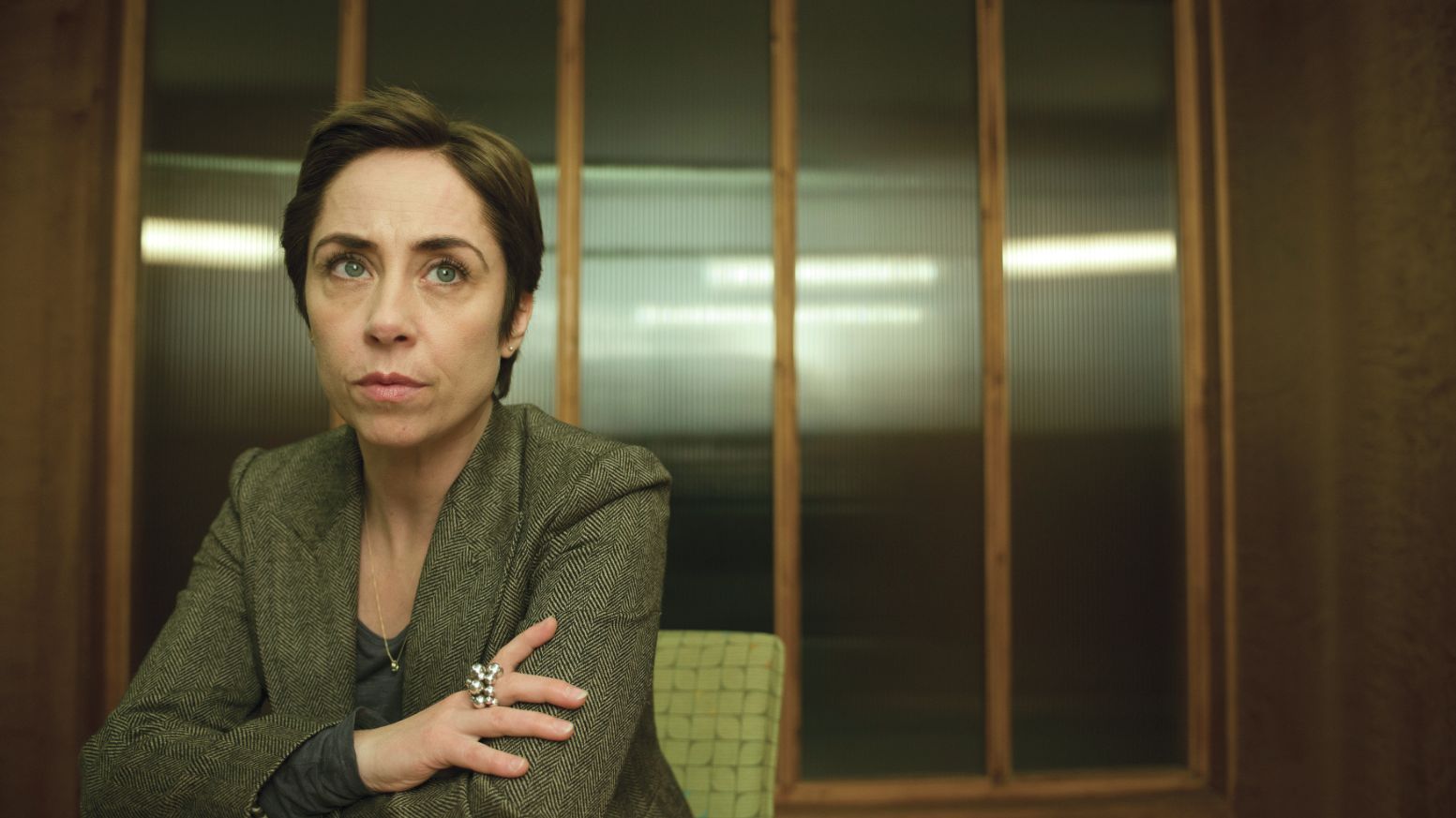 Sam Miller
Lead Director
I’d never shot that far north before and never anywhere that cold. The weather was  very unpredictable – sometimes minus 15 or 20, sometimes minus  three or plus two. We were expecting a lot more snow than there was which forced some of the shooting to go further north.

I was inspired by the quality of the light. The look is quite neutral. It’s a simple, classic, powerful look rather than too affected. We wanted to use the natural power of the light and of the landscape as there is a real elegance and a power to it but you’ve still got to be careful how to backlight it and how you move the camera around in it.

A big part of the story for me was the way nature was coming after you. I was trying to do that in quite a discreet way. You were under threat from nature – it’s too cold to be there, the animals around there will eat you and then it yields a parasite, something prehistoric that comes to get you. The wilderness and how the wilderness impacted on the individuals was part of the way we wanted to tell the story.

It was a difficult cast to pull together to rehearse thoroughly. We spent eight or nine days together but you can’t do more in that time than research and prepare and educate about how we’re approaching it. You don’t really do script work you deal with issues regarding the script. Simon [the writer] was quite active at that point as actors came into the film and he took their thoughts on board and built them in. That hopefully leads to more seamless performances when they’re more bedded into the story and the world. The big concern for me as it was such a large cast was to make them all feel that they belonged there and understand why they were there.

John Conroy
DoP
The landscape in Iceland is amazing and the magic hour is too. We were able to shoot at magic hour for a lot longer than you normally would because the trajectory of the sun is lower and the light stays in the sky that little bit longer. It means you’re able to pull detail out of the mountains at night when normally it’s just blackness. We rescheduled for that and we always did all our wides at that time.

We didn’t want it to look too Scandi. There’s a balance to be had where you definitely wanted a Nordic feel to it but at the same time you didn’t want to lose the drama and the shape to the faces and that happens if the lighting becomes too flat, too dogme style. We wanted to have a taste of that Scandi style but still be true to classic framing and lighting so we could increase drama with shape in the face.

Mixing the colour of the light was a really big thing so you’d have both cool and warm light in the same scene, just to mix it up so it’s not all just cool Scandi blue tones. We looked at Twin Peaks and others but mostly we liked Todd Hido and Tarkovsky and Saul Leiter stills rather than films.

We shot with the Arri on the Master Primes. We wanted to be able to shoot it wide open so when we’re in the interiors in the studio we’d be able to allow the exteriors to fall off focus so you wouldn’t notice they were backings. Our format was two to one so we tried to give it a little bit of a wide screen feel, to take advantage of the landscape. We shot the aerials on the last day of our block. We steered clear of the Wescam idea. We wanted it to feel like there was an entity or something in the air that had life, not just a beautiful, classically smooth image.

Gemma Jackson
Production designer
After I got involved last summer I went up to the Arctic with [exec producer] Andrew Woodhead and we plodded around in Longyearbyen, a settlement in Svalbard and got  into the marooned aspect of it and the simplicity.  It’s quite modern, simple, blocky architecture,  not complex.

At the Iceland location we just used aspects of the town. We built into things and on to things. The buildings were there already but we painted them and added graphics and had streetlights and changed the general feeling of the place. We had a warehouse in Hayes [in west London] for the set. There’s the most beautiful modern structure in Longyearbyen – the mayor’s office and police station are all in this one building and Simon wrote that into the script so it allowed you to build something fabulous as it had to encompass all these different things. And it was quite modern, sexy architecture. All these elements fed in to what I could do for Fortitude.

It is a very isolated place so everything has got to be sent to you if you want a new bed or your fridge is broken. So things tended to be a little older and patched up so we tried to bring that element to it. That’s what we did with the hotel and the bar, it was kept clean but was quite shabby and slightly eccentric. We wanted to feel there was the personality of the people involved – the bedrooms and hotel rooms are all a bit scuffed but people look after them.

Frith Tiplady
Exec/head of production
While we considered locations like Canada it didn’t last long. The feeling was we’re doing something distinctive and European and while it has an international flavour, filming in the UK or Europe became core to its creative ambition. I’m a real believer that where you shoot does infiltrate the DNA of what you produce.

It’s set in Svalbard but that takes two days to get there. And it became apparent that a lot of Europe is too lovely. It needed a frontier town. It has purpose and practicality, it’s not pretty but still extraordinary. Iceland became an obvious choice as they’ve got a film industry there – though they tend to do commercials or sequences of films – Game of Thrones goes there for ten days. Icelandics have a massive can do attitude. Amazing sequences up glaciers, helicopters – that stuff is ten a penny to them but when you say to them we want to take over this fish market and change it into a production base, that’s more unusual.

The second part of the production shape was basing ourselves in London for the interiors. That was a key decision in order to attract talent, both behind the camera as well as actors. It’s a 23-week shoot so you need to make it as palatable as possible when you’re a show punching above your weight. The tax break helps too. We had loads of meetings about what we would do if certain people were delayed by snow blocking roads, then the snow didn’t come. This is supposed to be the Arctic so we had JCBs going up the mountain bringing in snow to the town. The one thing you weren’t prepared for happens. You set up your post system for one style then you have a massive gear change because you’ve got half of London doing snow correction. On a show like this that’s why you need a contingency. 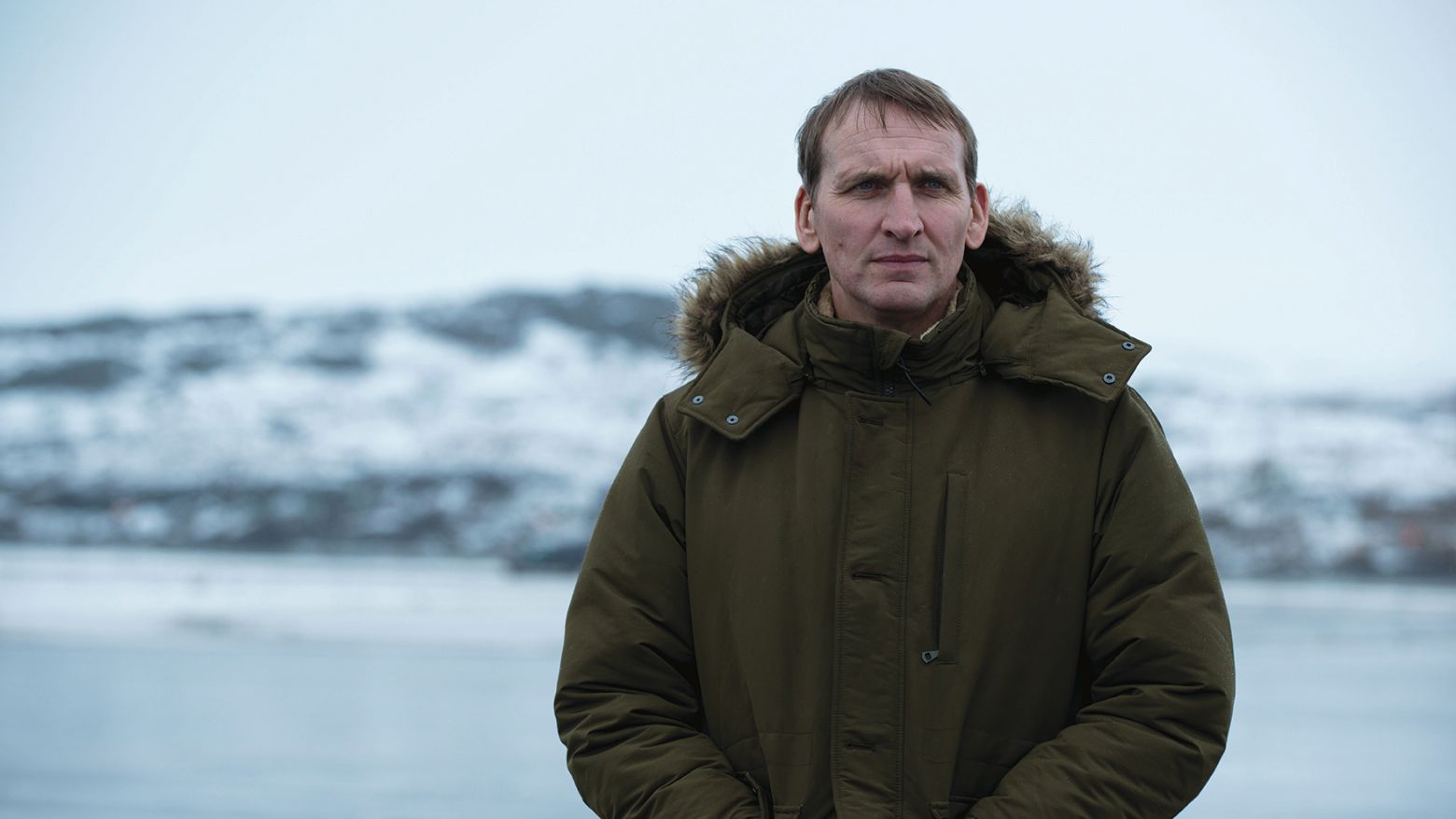