Expectations for Jekyll & Hyde are running high. ITV director of TV Peter Fincham helped fan the flames for the network’s adaptation of the classic Victorian novella at the Edinburgh TV Festival, picking it out as a highlight of the broadcaster’s autumn drama slate.

With a budget of around £1.5m an episode, the ITV Studios produced series is funded by ITV and its distribution arm, ITV Studios Global Entertainment. A significant proportion of the budget has also come from the tax break available for high end TV dramas. 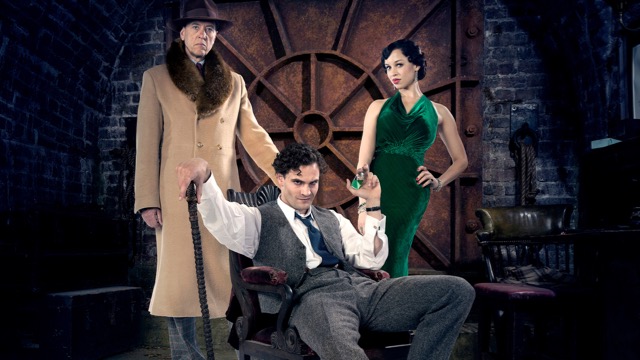 It’s a generous budget for a UK drama, but still short of the millions spent on many US-backed shows that series like Jekyll & Hyde are now routinely compared against.

So the production team have worked hard to make the budget go as far as possible. Shot on location in Sri Lanka and at Chatham Dockyard, it has also filmed on sets at 3 Mills Studios in East London. Special effects are being produced at vfx house Double Negative’s TV division.

Televisual paid a visit to the sets at 3 Mills in the summer, and the ambition of the drama is quickly evident. Production designed by Catrin Meredydd, the sets are hugely impressive. A perfectly constructed music hall bar rises out of the middle of one studio to conjure up the spirit of 1930s London, replete with art deco touches. Dr Jekyll’s laboratory is also there, a fantasical circular room fit for a mad Victorian professor. Meanwhile, co-star Richard E Grant stood quietly preparing for his next scene amidst the activity of the crew in a dark, underground set designed to be the nerve centre of the organisation, MIO, that hunts the source of Hyde’s secret powers. 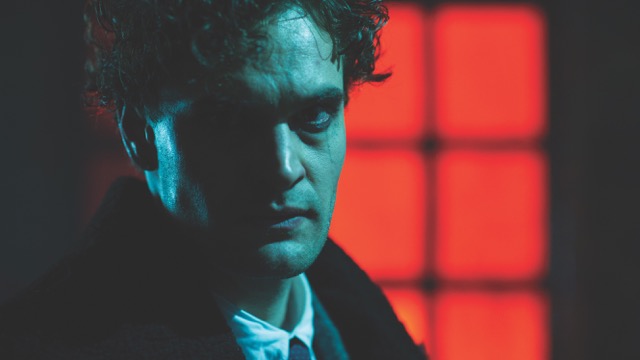 The genesis of the project goes back two years, and forms part of a strategy by ITV’s network, studios and distribution arms to create ambitious, big budget dramas that can work for the UK channel and appeal to the international market as well.

ITV Studios drama executive producer Francis Hopkinson then began a search for eight drama treatments from different writers that Network Centre and ITV GE could look at. Actor, scriptwriter and author of the Young Bond series Charlie Higson was one of the writers he approached. Higson put forward the idea of a new adaptation of Jekyll & Hyde, and by January 2014 it was one of three treatments picked up by ITV. Higson has written six of the ten episodes, with four other writers contributing scripts too.

Hopkinson says Higson’s scripts have sought to build on the ‘established mythology’ of the Jekyll & Hyde story, while setting it in the glamorous, art-deco infused 1930s and against the backdrop of the rise of fascism in Europe. From the outset it was designed to play as a fantasy adventure series in a pre-watershed slot, and uses films like the Indiana Jones series as a benchmark. “We are aiming at two things,” says Hopkinson. “It has got to have the sophistication to entertain the adults, and a sense of adventure and pace that will keep people under 20 watching.”

Still, this kind of fantasy adventure drama is pretty unfamiliar territory for ITV, which last aired Demons and Primeval back in 2009.

So it has drafted in a senior team with plenty of experience in the genre to steer the project, led by producer Foz Allan (Wolfblood, Robin Hood) and lead director Colin Teague (Being Human, Doctor Who). “There’s a good team working on this, with a very clear creative vision,” says Hopkinson.

One of the key early decisions for the team was who should play the lead. It’s a pivotal, but difficult role to cast as it requires an actor who can play both a mild mannered doctor as well as a larger than life character with superhero qualities. Kate Rhodes James was the casting director, and 50-60 actors were auditioned. Many were brought back three or four times.

Tom Bateman, who starred in Da Vinci’s Demons, The Tunnel and had the lead role in the West End revival of Shakespeare in Love, was one of the first to be seen. “When he came in, Charlie (Higson) said, ‘I think he is our man’ but we still had to see lots more people before we worked that out,” says Hopkinson.

Jekyll & Hyde filmed from February to July. Hopkinson insists that the production team have sought to make an original show for ITV, rather than a slightly homogenous drama made for the international market. “You can’t sit around and guess what the buyers want. One thing I have been very clear about is that we have to be true to ourselves.”

Details
Updated to 1930s London, the action and adventure series focuses on Robert Jekyll, the well-meaning grandson of the original doctor. At the heart of the drama is his quest to discover his family history and the nature of his ‘curse’: his unwitting ability to transform into the dark, powerful and superhero-like Hyde  in moments of stress and anger.

Jekyll & Hyde is produced by Francis Hopkinson’s ITV Studios drama team, which is also behind Lucan, Homefires and the forthcoming Tutankhamun