422 South has created a series of 70 visually-striking animations visualising data such as the path taken by pizza delivery cyclists on a single New York evening for Lion TV’s 4×60-minute series America Revealed.

It follows on from 422 South’s similar animated visualisations work on Lion’s Britain From Above, which TX’ed on the BBC last year. However, says 422 South’s creative director Andy Davies, "Everything in America is so much bigger than in the UK – the geography, the distances, the sheer numbers involved."

"As a result, 422 South’s data team received millions of lines of data from diverse sources. The information was first translated into a suitable format for animation,  then combined with satellite imagery to build sequences that reveal a unique view of American life."

The imagery created by 422 South includes the frantic trajectory of commuter traffic – air, road, rail and ferry – into Manhattan every morning, the path taken by a pizza delivery cyclists on a single New York evening, and the flow, swirls and eddies of the continent’s wind as recorded by hundreds of weather stations.

The animated visualisations were created using specially developed in-house software as well as Maya and Nuke.

America Revealed will be broadcast on PBS UK (through Sky and Virgin) from 20th June. 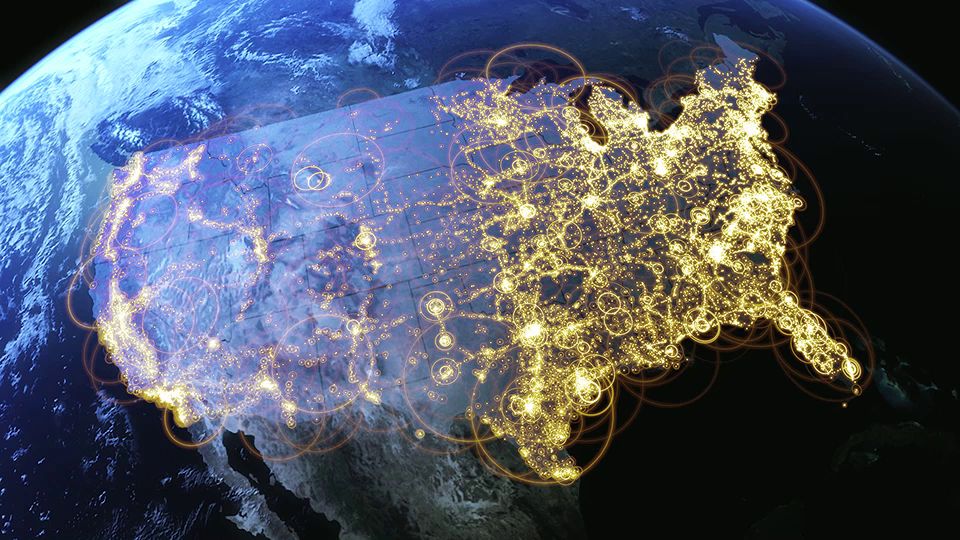 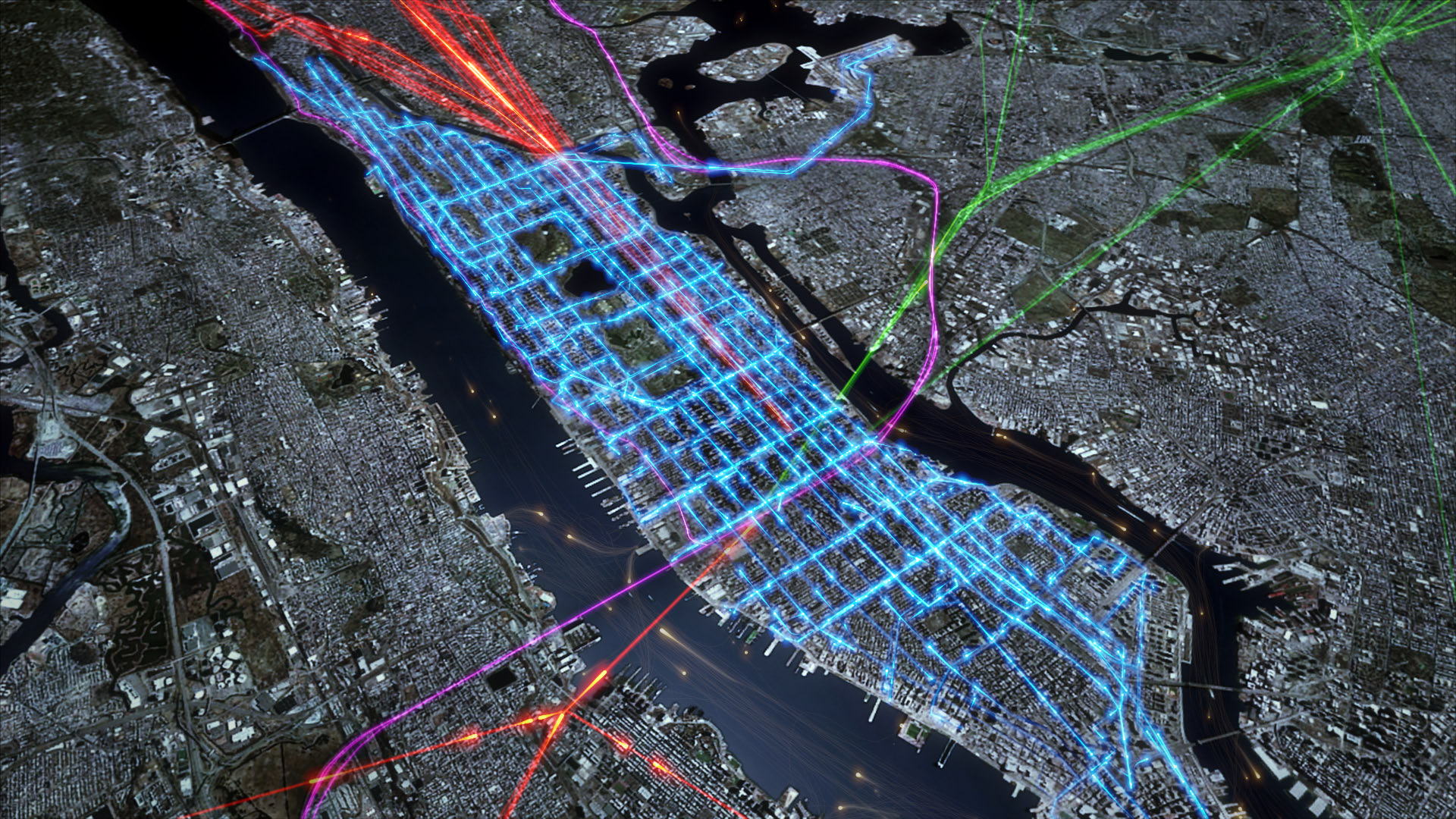 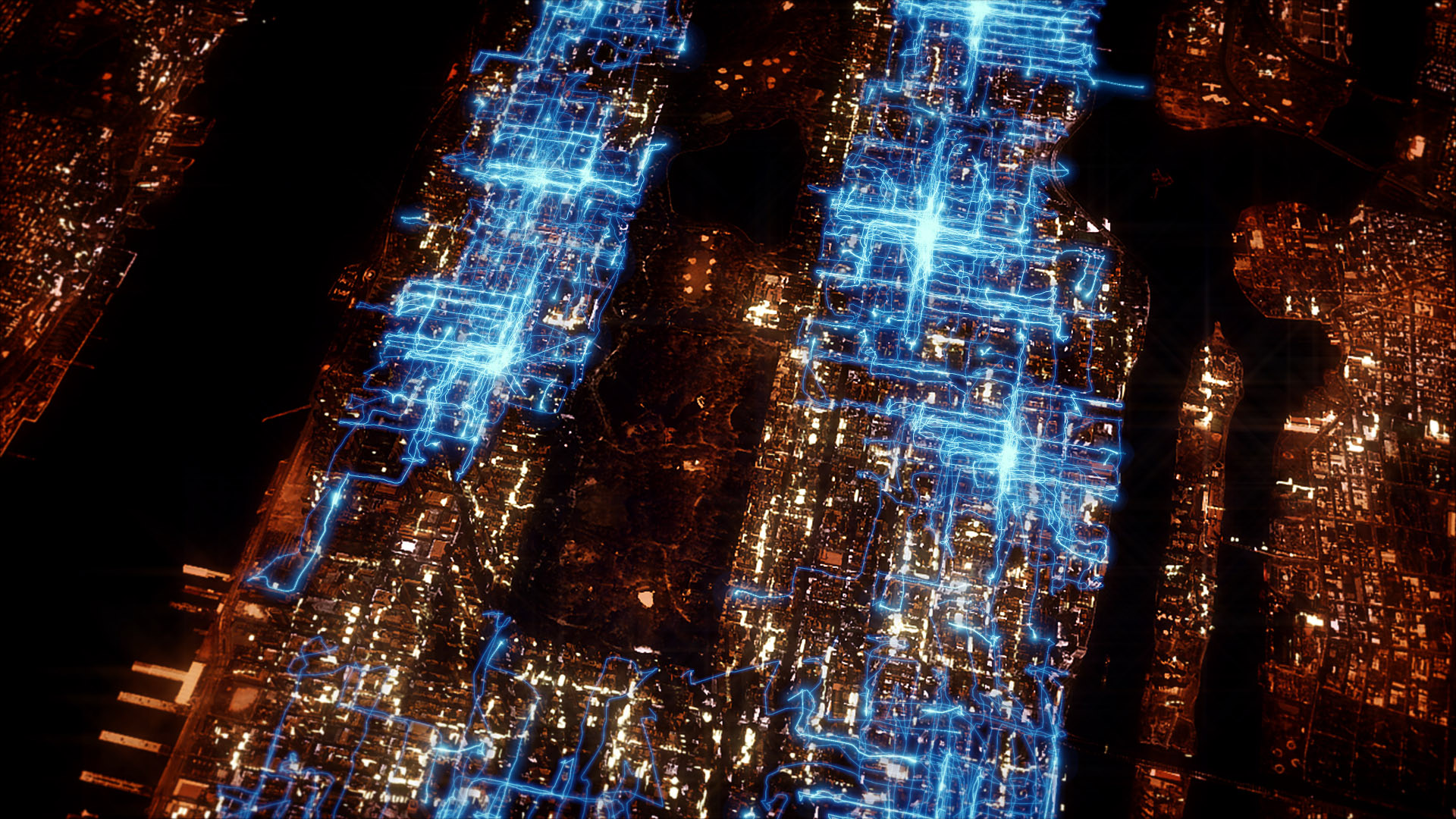