The BBC has made three religion & ethics commissions, with productions from Big Circus, Drummer Television and Peggy Pictures.

Peggy Pictures has exclusive access to a Mormon training centre in the UK in new film for BBC One and iPlayer, The Mormons are Coming (w/t).

Daisy Scalchi, BBC head of Religion & Ethics, Television, says: “The appetite for content about faith and beliefs is as strong as ever. These programmes can offer us a unique perspective on some of life’s big questions, provide support and comfort during challenging times and bring us together in celebration for important moments like Advent and Christmas.

“Over the past year, series such as A Believer’s Guide to… and Pilgrimage, as well as single films like Two Daughters, with the extraordinary Mina and Chris Smallman, have shown people grappling with questions of meaning, purpose and exploring what faith means to them.

“In addition, our Faith and Hope for Spring season returned for a second year, with content marking key faith festivals across the BBC networks. The Faith and Hope rail on iPlayer continues as a central hub where audiences can find recent religion programming highlights.

“The new documentaries announced today demonstrate our commitment to exploring the role faith and belief have in how we live our lives – from finding forgiveness in the most difficult of circumstances, to seeing what compels young people to pick a different path, away from many of society’s norms, in becoming Mormon missionaries. In addition, I’m also delighted that the Revd Richard Coles, Lemn Sissay and Shirley Ballas are all sharing their poignant Christmas memories with Sally Phillips in a special new Advent series for BBC One.”

More details on the new commissions

My Life at Christmas with Sally Phillips 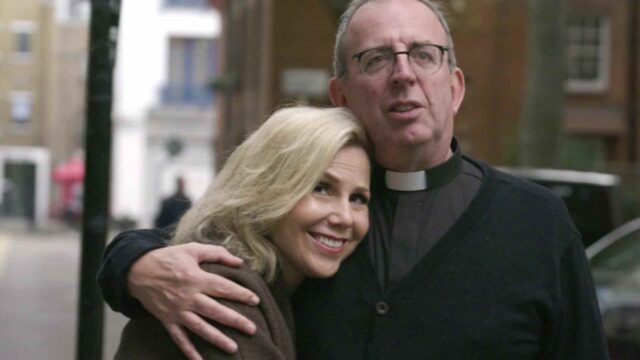 In a special series of films for Advent, actor and comedian Sally Phillips meets three well-known faces to explore how their memories of Christmas reflect the enormous changes they have gone through in their lives, careers, family and faith.

In the first episode Revd Richard Coles reflects on his Christmas journey from childhood chorister and Communards fame, to life as a vicar and the death of his beloved life-partner David. He takes Sally back to the church pew where he found his faith to discover how Christmas brought some of the most joyful, meaningful and sorrowful moments in his life.

In the second episode, Sally meets poet Lemn Sissay who spent years in the care system after being taken from his mother as a baby. He reveals how his experience gave him the passion to make Christmas special for hundreds of other care leavers.

Finally, Sally visits the home of Strictly Come Dancing’s Shirley Ballas who shares her story of hard work, passion and loss – with one particularly tragic Christmas at its heart.

My Life at Christmas with Sally Phillips was commissioned by Daisy Scalchi. It is 3×60 for BBC One and is being made by Big Circus where the Executive Producers are Elliot Falk, Gareth Collett and Matt Baker, Simon Goodman is Series Producer and Julian Smith is the Director.

What happens when your instincts tell you to seek revenge but your faith requires you to forgive? In this 60 minute documentary for BBC One, YouTube sensation and stand-up comedian, Humza Arshad, embarks on a personal journey to see if unsettled scores can be left behind. As a teenager, Humza’s cousin suffered a brutal and unprovoked attack by a group of young men. He knows the perpetrators will have all now walked free, but can he really forgive what these men did to his family? His cousin has managed to and wants Humza to do the same. Humza in turn wants to release the anger he feels towards them. He’s built a life, and career, teaching peace and reconciliation but can he truly live by the message he’s been preaching?

Humza seeks out those who’ve managed to forgive their attackers; will hearing from those who’ve found forgiveness, in the most difficult circumstances, bring him any closer to it himself? Grappling with his inability to move on, Humza has an unexpected encounter with a killer who has sought forgiveness from his victim’s family and goes head to head with a ‘forgiveness academic’.

With the help of his straight talking Mum, and kept afloat by his faith and his unique sense of humour, Humza must confront the past and look for a way forward. His final “Badman” show clocked up 40 million views, he has won an MBE for his work in education and has over 40,000 followers on Instagram but fame and notoriety have done little to prepare him for his current mission. This could just be the toughest gig yet . . .

The Mormons are Coming w/t

Every year around 53,000 young people set out to serve as missionaries for the Church of Jesus Christ of Latter-day Saints across the globe. The largest full time missionary force of any church, most are aged 18-25, and are away from home for up to two years.

The missionaries put normal lives on pause to spend six days a week spreading the Gospel and finding potential converts to be baptised. They are coached in marketing techniques such as using reels and DMs to reach young recruits whilst forsaking most aspects of contemporary life for the strict social restraints of the church. The goal is to grow their unique brand of Christianity, with a membership of 16.8 million worldwide, and achieve salvation and eternal life with God.

This revealing film follows three young missionaries as they arrive at the training centre in Chorley, Lancashire. The only one of its kind in Europe, it prepares missionaries from America, Europe and as far afield as Australia for their work in the UK.

The first time the Mormon Church has allowed access to this training centre, we see the toughest first three months of training and work in the field, which can make or break a missionary. As the realities of missionary life dawns on the new recruits, and with limited contact with their families, the pressure to achieve a baptism mounts.

The church believes the skills they acquire on mission set them up for success later in life as the focus shifts towards the next important milestone of marriage and starting a family. But it’s not the life for everyone – will all of them make it?

The Mormons are Coming w/t (1×60) was commissioned by Daisy Scalchi for BBC One and is being produced by Peggy Pictures.