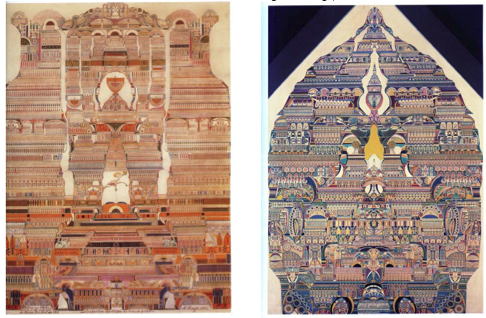 Hattler, whose recent work includes distinctive tour graphics for Basement Jaxx and an intricate and eye-catching stop-frame animation called Aanaatt, directed the films, which were made by a team of student animators and cg artists at The Animation Workshop – Centre for Animation in Viborg, Denmark.

The hypnotic, mesmerising loops are both heavily influenced by Lesage’s A Symbolic Composition of the Spiritual World paintings, from 1923-25. They are being showcased at the Lumen Eclipse “public media art gallery” in Cambridge, Massachusetts in a Hattler solo show that runs from 1 April to 30 June.

Features & Opinion25.05.22
The Future of Virtual Workstations Has Arrived

Sponsored by Escape Technology NVIDIA RTX Virtual Workstation (vWS) software combined with NVIDIA’s world-leading GPUs are a dynamic force for visual computing, delivering the most powerful virtual workstations from the data centre or cloud to any device. >>>

Features & Opinion23.05.22
How NVIDIA Omniverse is accelerating the VFX pipeline

Sponsored by Guild Freelancing Your business does not need to make its freelance contractors suffer umbrella deductions.  Nor does your business need to take on status compliance and risk. There is a new way. Using freelance contractors, especially >>>
Prev Post
Next Post
This website uses cookies to improve your experience. We'll assume you're ok with this. I've read this
Privacy & Cookies Policy