Anouk Mertens, md of NEO Studios and COO of Eleven Sports, and also the exec behind recent Amazon Prime Leeds United doc series Take Us Home, explains the recent resurgence of the sports documentary and why the genre will continue to gain fans.

Sports lends itself to great storytelling in a pretty unique way and filmmakers have capitalised on that as far back as the 1960s and 70s, with films like A Sunday in Hell taking on cult status.

But the appetite for deep dives into the world of sport has seen a major spike in recent years. At NEO, we’re a pretty new production company but we’re part of a wider group that includes sports broadcaster ELEVEN SPORTS and Leeds United, so our network has got plenty of experience in making and distributing sports content. And we think there are a few reasons for the rise of sports documentaries in particular.

Changes in consumer viewing habits and how we watch TV has been a big factor. On demand services like Netflix and Amazon offer a home to sports documentaries in a way that linear channels haven’t been able to in the past. They have created a new appetite for episodic content over single feature-length pieces. 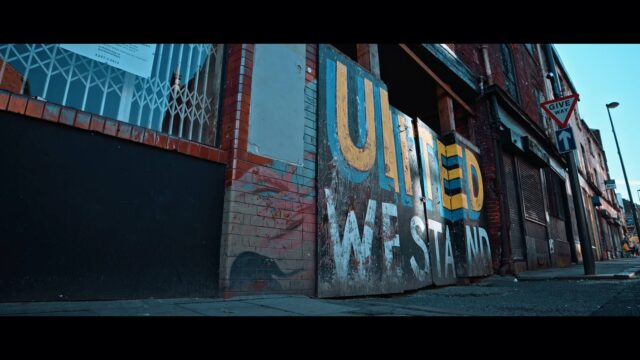 Covid-19 has been an accelerator too. The Last Dance was released at a time when the world was starved of live sport and that – along with it being a brilliant show – saw it transcend sport and capture the imagination of millions of viewers around the world. Plus of course, Covid has meant people spending more time at home, gorging on TV series.

Mainly though – I think the quality of many of the sports programmes released in the last two or three years has just been extremely high. There is a criticism that some shows can feel a little too sanitised. That’s a tricky one because ultimately, film crews need to work with their subjects in a way that everyone is comfortable with and that can lead to certain moments of high drama being omitted from final cuts. But generally speaking, sports documentaries can offer viewers much more context than the time pressured and emotionally charged 24 hour news and social media cycle that engulfs the top teams and athletes allows for.

Documentary makers have the time to build up trust with the people they’re filming, and then the time to tell those peoples’ stories in a nuanced and authentic way. Our film crews can take a step back to show the reasons why and how something happened. They can also delve into the stories behind the news headlines – to spend time with club staff, players’ families and the wider community. The human stories behind Leeds United was something we were very focused on when NEO made Take us Home, and taking this wide view of a club is something that’s only really possible to do in documentary format. 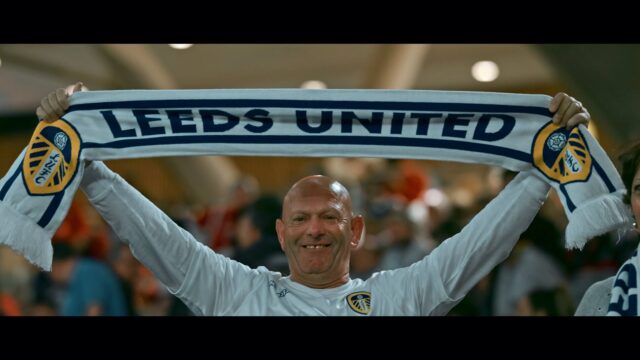 Happily the business case for sports documentaries is now in a pretty good place. For the platforms that commission the shows – a great sports documentary offers the chance to deliver for sports fans without the outlay involved in securing premium LIVE rights. Sports documentaries can also offer something that is real, with ready-made heroes and emotions and storylines that are often as outlandish as fiction (take the goal that Leeds manager Marcelo Bielsa decided to ‘give back to Aston Villa in series 1 of Take us Home as an example). Shows focused on major teams and athletes also have a ready to go audience of fans in place, which is a helpful safety net for the platforms.

For production companies like NEO, the strong market for sports documentaries gives us the confidence to keep making them. And for clubs and athletes – the exposure offered by well-produced programmes creates a new way to engage supporters and (in many cases) new commercial partners too. Working closely with Leeds United on our Take us Home film, we found that club executives were sometimes doing away with their normal corporate presentations and showing Take us Home to prospective partners instead. Not because it’s a marketing film,  but because it gives a sense of what the club is about and what it means to fans, in a deeper way than any brochure could.

The favourable conditions for sports documentaries look set to continue for some time to come, and I think we’ll continue to see them rise in prominence in the coming years. Fans will become increasingly discerning about the shows they watch – and film makers will need to keep creating programmes that feel fresh and real for them to resonate, but the appetite for watching great stories around the sports and teams people most love is likely to remain strong.

Take us Home series 1 and 2 are available to watch on Amazon Prime.

YouTube series, The Overlap, hosted by Gary Neville is taking to the road for a four-part series from Buzz16 for SKY MAX; Gary Neville’s The Overlap on Tour. The show, which will feature Neville alongside Roy Keane >>>

BBC2’s Pilgrimage has won a new 3×60 minute commission. Pilgrimage: The Road through Portugal (w/t) takes seven well known personalities of differing faiths and beliefs on a personal journey along the northern route of the Fatima Way >>>
Prev Post
Next Post
This website uses cookies to improve your experience. We'll assume you're ok with this. I've read this
Privacy & Cookies Policy