Creative Wales – the Welsh Government agency that promotes the development of Wales’s creative industries – has reported data highlighting a boom in the Welsh creative economy, ahead of the release of Willow, the new Lucasfilm show debuting on Disney+ this week.

With blockbuster productions from the world’s biggest studios making Wales their home, Creative Wales reports that £14.2m of production funding has been successfully awarded to 22 projects since its inception in January 2020, and spend from brands such as Lucasfilm, Netflix and Bad Wolf has generated over £155.6m of production spend into the Welsh Economy.

Wales is being tipped to compete on the world stage by international production and film houses due to its vast choice of filming locations, a combined 822,705 sq feet of shooting space split across the country’s seven studios, and a skilled workforce.

With shooting for big-budget films like Havoc which recently wrapped and Timestalker underway, and Welsh-made series like Willow, His Dark Materials and the fourth season of Sex Education poised to hit screens, the local creative economy is growing proportionally year-on-year. In the last two years alone, Wales Screen, a Creative Wales partner that recently celebrated 20 years of service in the industry, has received over 900 production enquiries from film and TV crews wanting to take advantage of the country’s world-class facilities.

Lynwen Brennan, the executive vice president of Lucasfilm, recently said of filming Willow in Wales: “The industry is really booming right now, and Wales has this amazing combination of assets. We’ve got these great stage facilities, beautiful landscapes, and this great talent in Wales, which of course – me being Welsh – I was thrilled to see.”

In 2021 alone, the Welsh screen sector saw a turnover of £575 million, a 36% increase from the year before. The 2021 British Film Institute’s Screen Report showed that investment in filmmaking from organisations like Creative Wales has resulted in a nine-fold increase in the country’s economic output.

Beyond the immediate boost to the country’s economy, investments in training and upskilling programmes have been implemented throughout the sector thanks to Creative Wales, ensuring a stable future for Welsh creatives.

On the production of Willow, for example, Creative Wales enabled 25 trainees to take paid placements in crucial roles on set, providing additional funding to improve set accessibility and mental wellbeing support. Trainees reported benefitting from working on such a high-profile project. Brennan described that “with Creative Wales we [Lucasfilm] have the same goals. We want to grow the industry here; we want to grow skillset.”

Gerwyn Evans, deputy director of Creative Wales, said of the production: “Creative Wales is proud to have supported Lucasfilm on the production of Willow. As well as showcasing our beautiful Welsh landscape to the world, the series has been a terrific opportunity for local talent to gain experience in a large-scale production setting – providing opportunities for trainees and facilitating crew members in sharpening their creative skillsets and allowing them to share their creativity with the world, and we can’t wait for the world to see it.”

Currently 607 TV and film businesses are registered in Wales, employing over 7,000 people. Brennan advised hopeful creatives that “there’s many, many options in the film industry whatever your skillset is. Whatever you’re interested in there’s probably a place for you in the film industry. Keep knocking on that door, because it is available to you and it’s available to you right here in Wales.”

Looking to the wider creative economy, Creative Wales also offers support through development, skills and music funds. With an annual turnover of more than £2.2 billion, employing more than 56,000 Welsh citizens, growing and supporting the creative economy is a top priority of the Welsh Government. 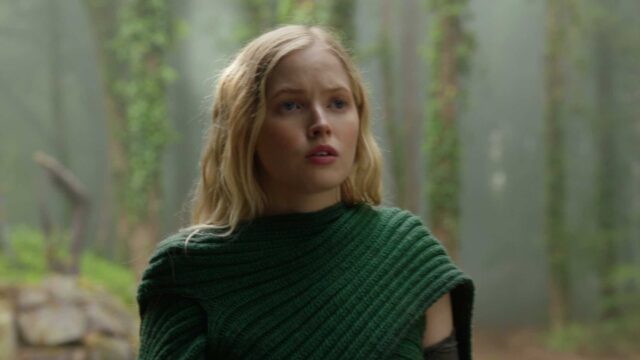 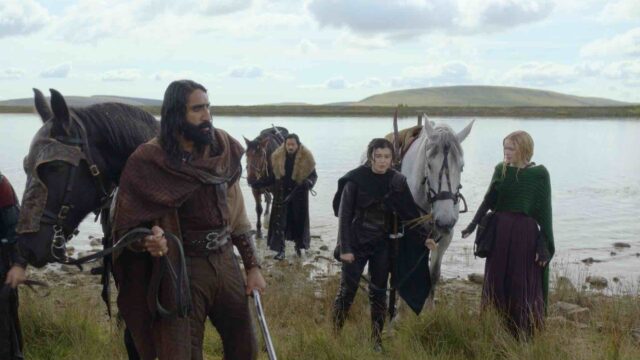