Trailer07.10.22
Watch: Trailer for Rift, made in Unreal Engine

This is the trailer for Rift, a new animated feature film made entirely in Unreal Engine from UK production company HaZimation.

The film is to get its world premiere at the Oscar-accredited festival, 2022 SPARK ANIMATION, on October 29th followed by a Q&A with director and producer, HaZ Dulull and producer, Paula Crickard.

Written by Stavros Pamballis, RIFT is about a former marine who goes to extreme measures to save his kid brother who has the ability to tap into multi-dimensions across space and time. 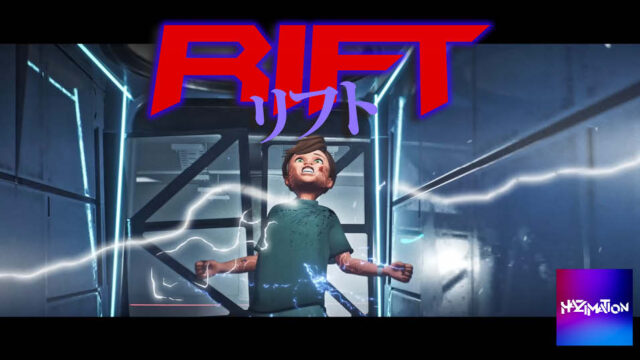 RIFT was animated entirely in Unreal Engine and was a recipient of an Epic MegaGrant from Epic Games–which helped support the development of the project.

HaZ Dulull said: “We are pleased to announce that RIFT will have its world premiere at SPARK ANIMATION. RIFT is a tour de force rollercoaster ride of big & intense action, with edge of the seat thrills and emotionally charged moments as the story pulls the audiences into the mind-bending multi-universe. There’s no doubt that adult animation is a space that is constantly growing and we’re proud to be able to contribute and showcase our work within the genre”

ITN has updated its brand for the first time in decades, signalling its evolution from legacy British news organisation to a global player in news, factual, sports, education and branded content. The new brand positioning, narrative and >>>

ITVX has released the first-look trailer for the upcoming drama series Riches, written and created by Abby Ajayi and produced by Greenacre Films, in association with Monumental Television, and commissioned for airing on ITVX and later ITV1. >>>
Prev Post
Next Post
This website uses cookies to improve your experience. We'll assume you're ok with this. I've read this
Privacy & Cookies Policy